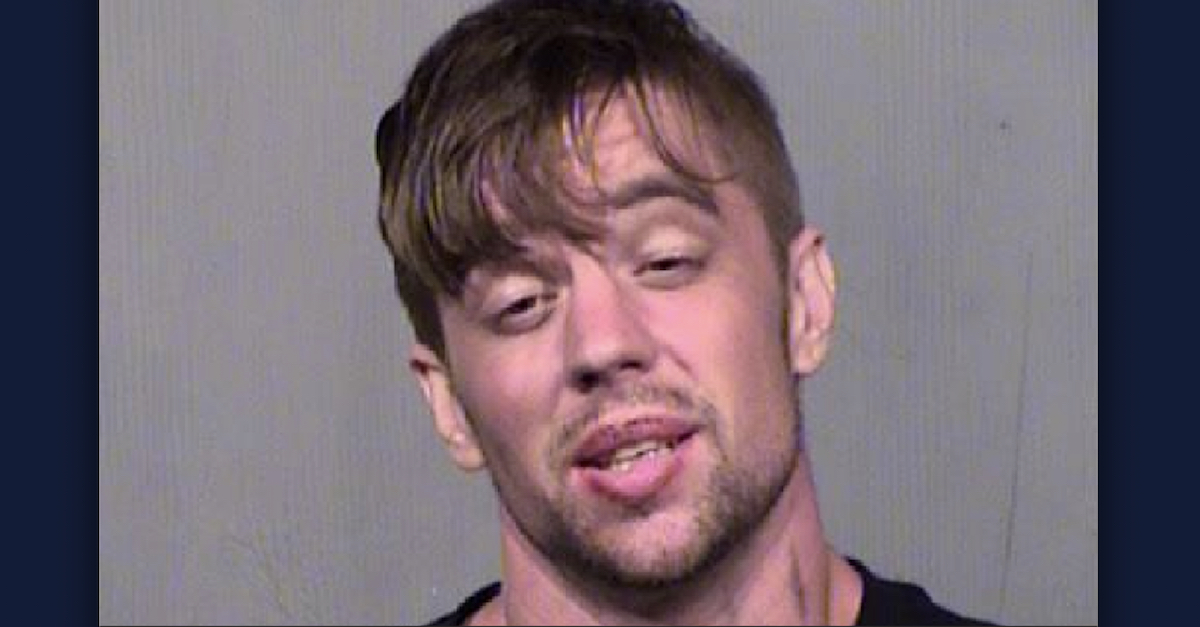 A 32-year-old Arizona man will spend the rest of his life behind bars. He admitted that he brutally killed an elementary school teacher after she put up her house as collateral to bail him out of jail five years ago.

Charlie Malzahn was ordered to serve a sentence of life in prison with no chance of parole for the 2017 murder of 44-year-old Cathryn Gorospe, court records reviewed by Law&Crime show.

Malzahn, whose stepfather is the chief of police in Williams, Arizona, in June reached a deal with prosecutors and agreed to plead guilty to one count each of first-degree murder and abandonment of a human body. In exchange for his plea, prosecutors reportedly agreed not to pursue a death sentence.

“I didn’t know it was possible to feel so much pain without being physically injured,” he said while sobbing, according to the Arizona Daily Sun. “People talk of closure. To me, there will be never be closure, only the terrible pain of losing my daughter.”

Cathryn’s mother, Lynnette Jackson, was described as “visibly outraged” when she addressed the court to criticize Malzahn’s ability to avoid the death penalty.

“Life in prison is a gift. What choice did Cathryn have,” she reportedly said. “There is no justice for Cathryn today. It’s mercy we give you.”

“You’ll leave here and leave with the same heaviness and emptiness you’ve expressed and that you’ve felt for almost the past five years,” Slayton reportedly told Malzahn. “What I have seen here is a tremendous amount of love for each other. I hope that feeling of love and kindness to each other will enable you to find peace.”

The defendant and the victim had been dating for only about a month before the murder, CBS News reported.

According to a report from the Arizona Daily Independent, Gorospe’s roommate at approximately 3:47 p.m. on Oct. 8, 2017 reported her missing. The roommate reportedly told investigators that Gorospe left the residence two days earlier and was planning to bail Malzahn out of jail, stop for some food, and then drive Malzahn back to Phoenix. The roommate reportedly said that she believed something was wrong because Gorospe left her dog at the home and did not make arrangements for someone to feed and walk animal, which was very unlike her.

Investigators reportedly found that Gorospe did indeed post bond for Malzahn in Coconino County at approximately 10:12 p.m. on Friday, Oct. 6. According to a report from The Associated Press, Gorospe offered her house as collateral for Malzahn’s bond and hoped to help him with drug addiction. He had been previously convicted of at least three felonies in Arizona.

Gorospe’s whereabouts remained unknown until officers with the Phoenix Police Department on Monday, Oct. 9 spotted her vehicle and attempted to perform a traffic stop. However, the vehicle was being driven by Malzahn, who reportedly attempted to evade police. After a brief pursuit, the chase reportedly ended when Malzahn crashed Gorospe’s vehicle and was taken into custody.

Police said that the seats of Gorospe’s car were stained with blood.

Gorospe’s body was reportedly found on private property in Mayer, which is about an hour south of Williams. She was stabbed multiple times and sustained a series of broken ribs and other defensive wounds. Authorities had to use dental records to positively identify the remains.

Malzahn addressed the court briefly, reportedly saying he was sorry even though “it doesn’t change anything.”