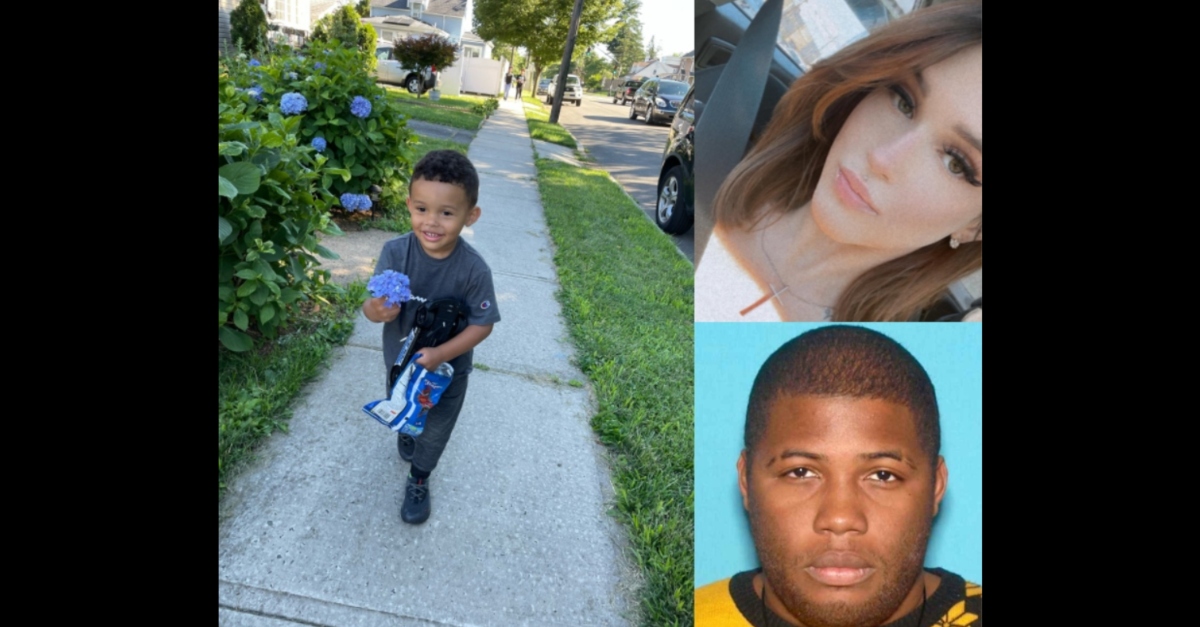 A two-year-old boy and his mother are missing, and authorities blame the child’s father. The New Jersey State Police put out an AMBER Alert Friday afternoon for Sebastian Rios, 2, and Yasemin Uyaf, 24.

The boy’s father Tyler Rios, 27, is considered the suspect. He is thought to have abducted the pair earlier Friday, according to the State Police. He could be driving a 2018 silver Ford Fiesta featuring New Jersey license plate S34NVH.

The circumstances around the disappearances remains unclear. It is also unclear why authorities consider Tyler Rios a suspect. Nonetheless, information suggests the father did not reside with the mother and their son. Rahway, N.J., where Yasemin and Sebastian live, is near the state line along Staten Island, New York. From Rahway, it is an estimated one-half-hour drive south to Tyler Rios’s city of Highland Park.

From the National Center for Missing and Exploited Children:

AMBER ALERT in Rahway, NJ. Police looking for a 2 year old boy and his mom — BOTH allegedly abducted by the boy’s father. Police staked out at the mom’s house — 915 Westfield Avenue in Rahway. ⁦@CBSNewYork⁩ pic.twitter.com/rpBD7K8KgQ