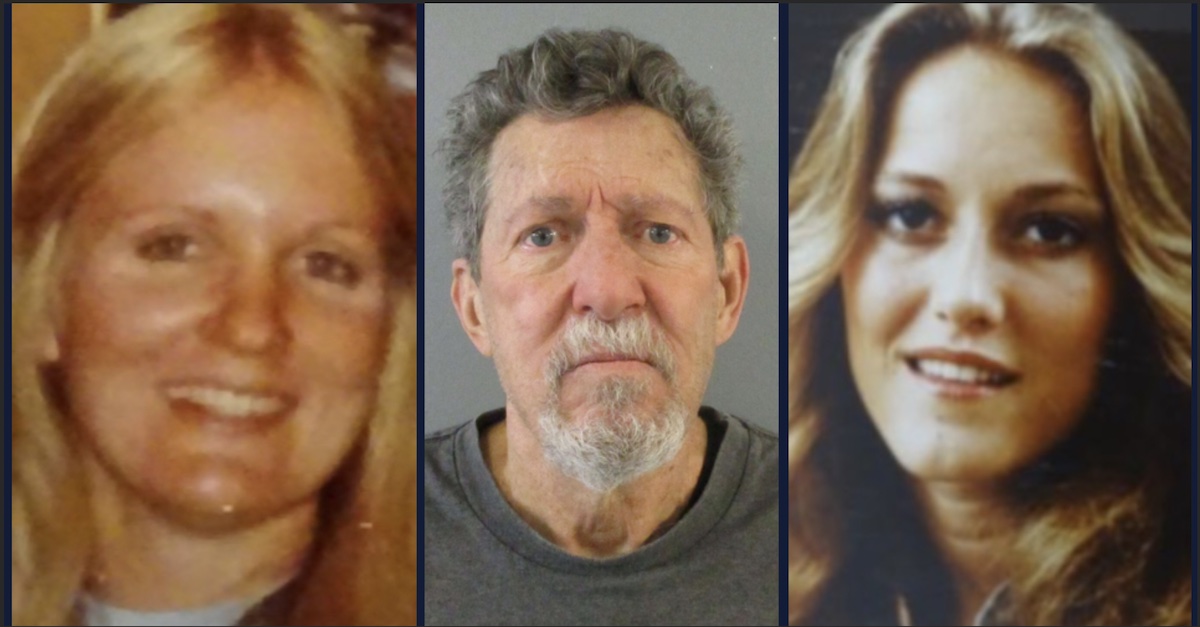 More than 40 years after two young women were murdered, a Colorado jury has convicted a man who was rescued from the snowy mountains on the night of the crimes.

Records show that Alan Lee Phillips, 71, is listed as in custody at the Park County Jail as of Thursday evening, the day a jury found him guilty of first-degree murder and kidnapping in the 1982 deaths of Annette Kay Schnee, 21, and Barbara “Bobbi” Jo Oberholtzer, 29.

Phillips long escaped scrutiny, but he’s been in custody ever since his Feb. 24, 2021 arrest and now faces spending the rest of his life behind bars.

A 30-year-old at the time of killings, Phillips famously needed to be rescued from the mountains after Schnee and Oberholtzer — last seen hitchhiking — were shot near Breckenridge.

“Both Oberholtzer and Schnee were last seen hitchhiking outside of the town of Breckenridge on January 6, 1982. The women were not together. Ms. Olberholtzer’s body was found on the summit of Hoosier Pass the day after her disappearance,” the sheriff’s office said in March 2021. “Ms. Schnee’s body was located six months after her disappearance in a rural area in Park County in July 1982. Both women had been shot.”

Authorities said Phillips claimed he got drunk at a bar and was attempting to drive home but ended up stuck in Guanella Pass. 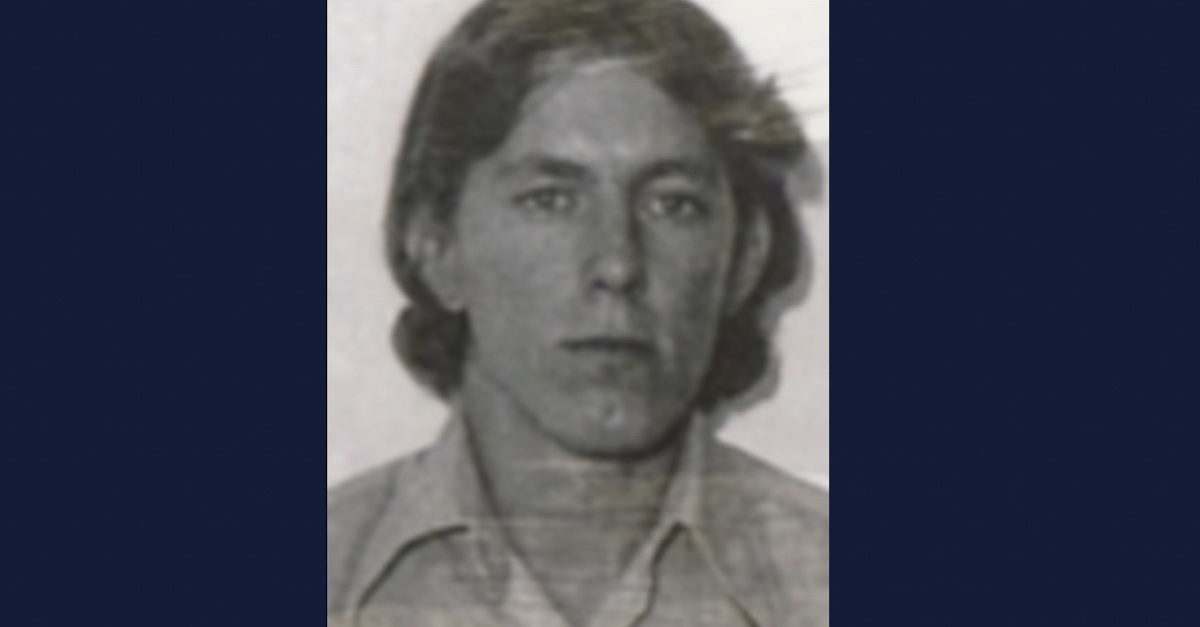 Dave Montoya, who was a fire chief at the time in Clear Creek County, remembered the incident in an interview with 9News and said it was “the craziest thing I ever heard of.”

“Sure as heck, there he was in his little pickup, and he saw me and said, ‘Oh, God, I’m saved,’” he added. “He said he got drunk and decided to drive home. And I said, ‘You came up over the pass? And he said, well, it seemed like a good idea.’ I thought, how in the heck did this guy get so lucky, for all the stuff to fall into place?”

Phillips himself was quoted in a contemporaneous UPI article about the dramatic rescue. 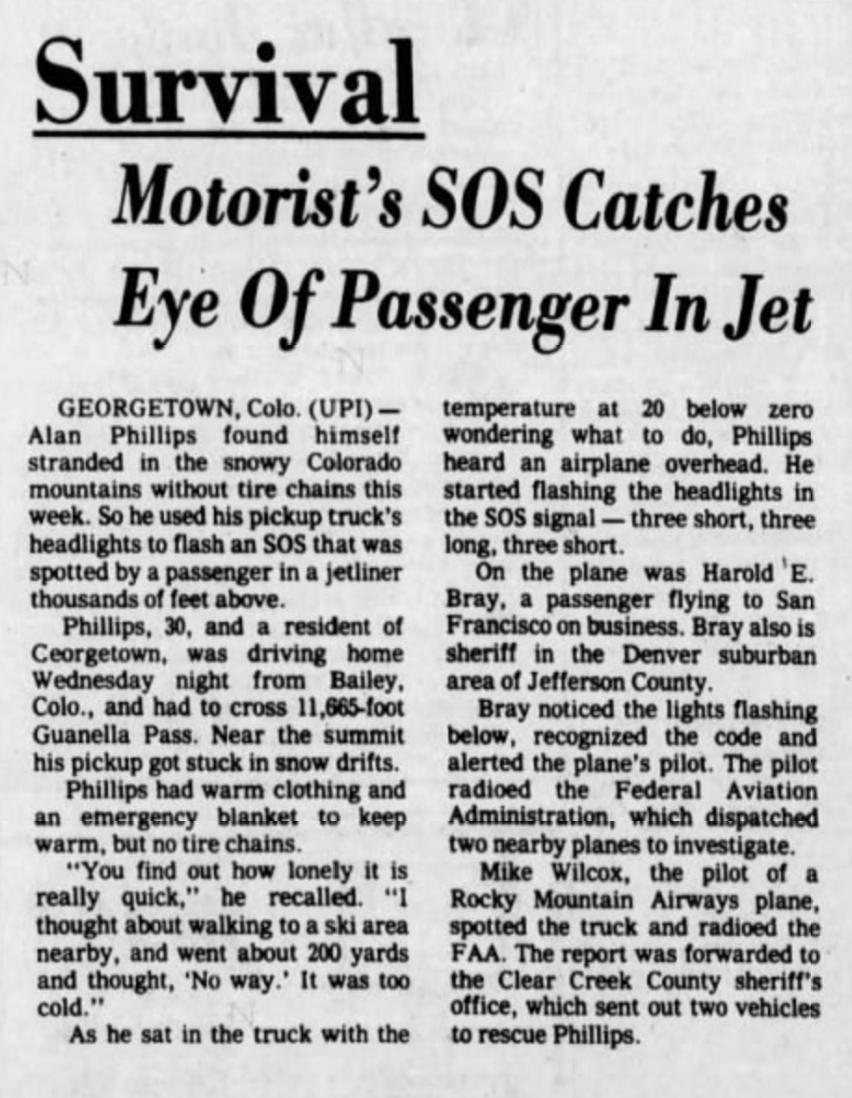 The article, headlined “Motorist’s SOS Catches Eye Of Passenger in Jet,” said that Phillips drove up the mountain pass in a pickup truck without tire chains and got stuck in snow drifts.

“You find out how lonely it is really quick,” Phillips was quoted. “I thought about walking to a ski area nearby, and went about 200 yards and thought ‘No way.’ It was too cold.”

A decade after the murders, the Schnee and Oberholtzer cases were the subject of an Unsolved Mysteries episode. But Phillips’ luck would run out.

After getting a warrant, authorities arrested Phillips in February 2021. Authorities said the identification of the suspect was due to excellent detective work and technological advances — namely, the use of genetic genealogy.

Stanley noted that prosecutors were able to prove this case because Oberholtzer fought back against her killer. Phillips bled. Evidence not only linked him to Oberholtzer’s death but also to Schnee’s.

Sentencing was reportedly set for Nov. 7.