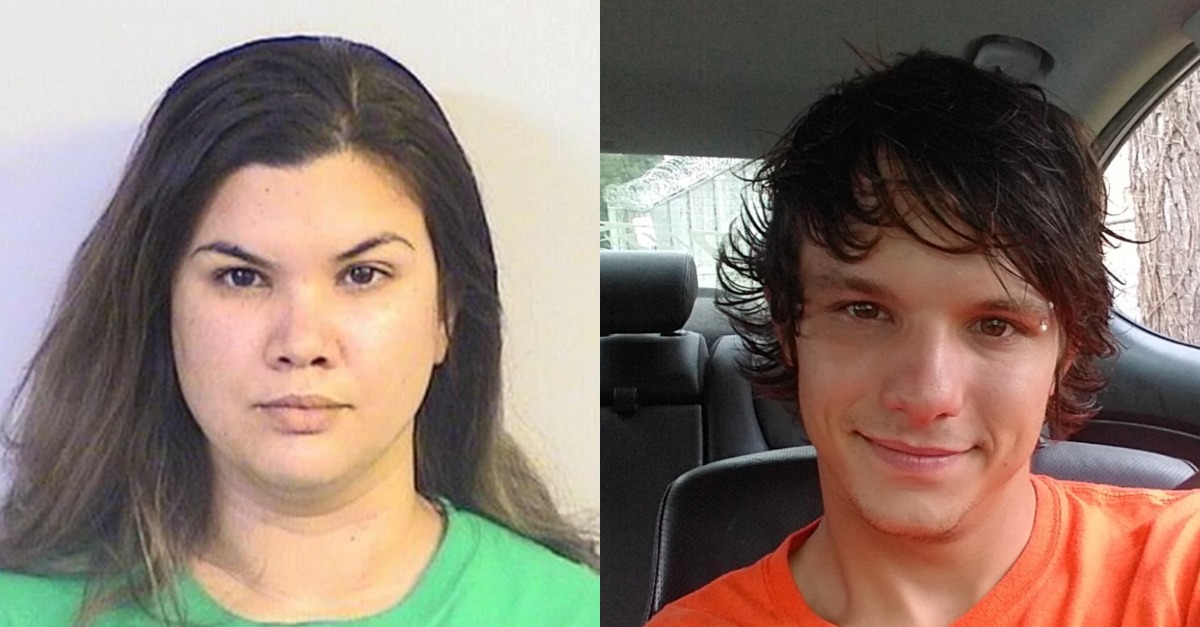 An Alabama woman has been arrested in connection with the death of her boyfriend–who she allegedly hit with a car on Tuesday morning.

Angelica Quintana, 28, stands accused of murder after 27-year-old Dennis Melton was run over a car on Interstate 59/20.

Authorities in Tuscaloosa County received a call about an injured pedestrian on the southbound stretch of highway at around 11:15 a.m. on the day in question. Alabama Law Enforcement Agency (ALEA) state troopers say they arrived on the scene to find the man still trapped underneath the car. He was rushed to a nearby DCH Regional Medical Center. Melton died a short while after being admitted to the hospital.

According to the ALEA, officers on the scene were told by witnesses on the scene that the vehicular homicide may have been an intentional act by the driver. Subsequently, the Tuscaloosa Violent Crimes Unit (TVCU) was brought in to investigate the incident, police said.

A quick turnaround on that inquiry led law enforcement to arrest Quintana on a murder charge later Tuesday. She was booked into the Tuscaloosa County Jail and held on $500,000 bond.

A survey of county jail records by Law&Crime, however, suggests the defendant has yet to be fully and formally processed into the lockup.

According to Tuscaloosa Violent Crimes Unit Captain Marty Sellers, the suspect and Melton were in a domestic relationship.

Both the defendant and her alleged victim hail from Demopolis, Ala. Law enforcement has not provided an alleged motive for the killing.

In comments to the Demopolis Times, Sellers said Melton’s death was originally thought to be an accident and reportedly described the incident as a “collision” but said further investigation firmed up the theory that this was an intentional killing.

Law&Crime reached out to the Tuscaloosa County Sheriff’s Office for clarity and any additional details on this story but a spokesperson said there was nothing immediately available from the agency’s public information office regarding the highway killing.

This story will be updated if and when the TVCU is able to provide such information.

Law&Crime also contacted the Tuscaloosa County Circuit Court for information on whether any records were available in connection with the murder charge against Quintana. A clerk there said no such documents had been filed as of this writing.

Some extant information regarding Melton is available–suggesting that he was killed after undergoing something of a life-changing experience some five years ago.

The alleged victim was previously arrested in Greene County, Ala. on two small-bore drug charges and one count of receiving stolen property. Those arrests were subsequent to an investigation into a string of burglaries in 2016, law enforcement claimed.

Earlier this month, a Massachusetts woman was arrested and charged in connection with the believed-to-be vehicular homicide death of her boyfriend, a member of the Boston Police Department. In that instance, the defendant, who allegedly left her victim out in the snow to die, was charged with the relatively minor crimes of manslaughter, leaving the scene of a motor vehicle collision causing death, and motor vehicle homicide.