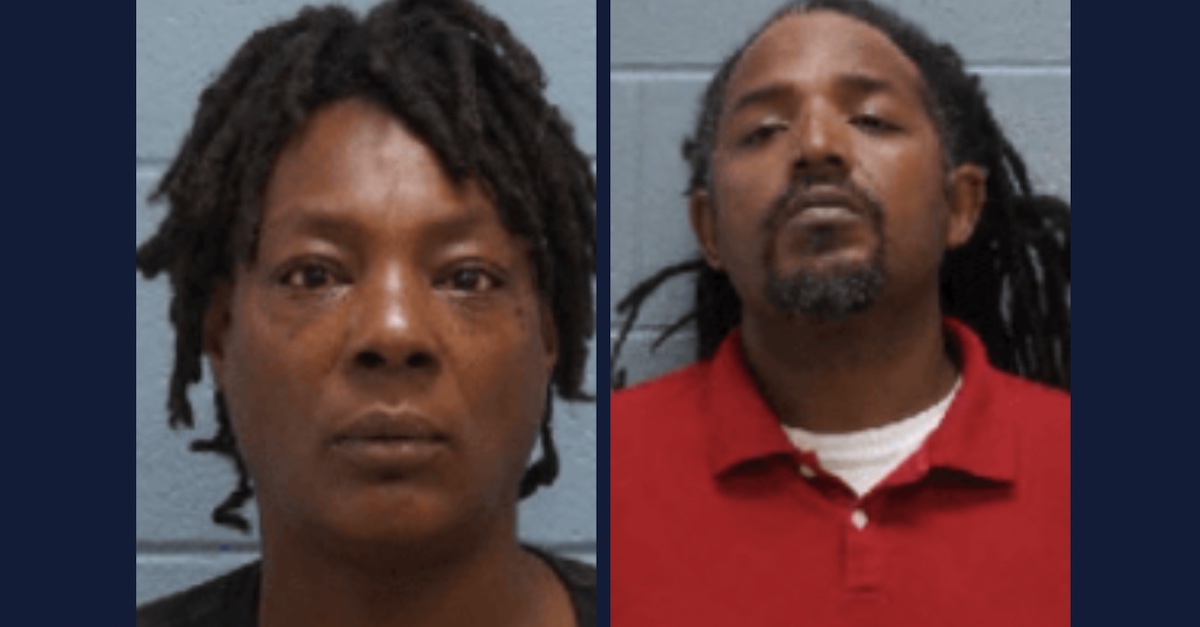 A 43-year-old woman charged with murdering her 4-month-old son in Alabama all the way back in 2000 also faces a separate case for chemical endangerment of a child.

Authorities allege that Tomeika Latrell Hughley-Carr and 42-year-old Bobby Santwain Beaty — described by authorities as an “associate” and by reports as Hughley-Carr’s ex-boyfriend — are to blame for the homicide of Jarquavious Hughley more than two decades ago.

Although the investigation didn’t lead to charges all those years ago, the Opelika Police Department announced Tuesday that the suspects were indicted by a grand jury for murder in April. The defendants were not taken into custody until August.

“On 04/23/2000, the Opelika Police Department and rescue personnel responded to a call of an unresponsive 4-month-old child in the 400 Block of Raintree Street. Jarquavious Hughley was deceased upon arrival, who at the time, was in the care of his mother Tomeika Hughley, and her associate, Bobby Beaty,” investigators continued. “An autopsy was performed by the State’s Medical Examiner who ruled the manner of death to be homicide.”

The department did not elaborate, however, on the cause of the baby’s death. Still, law enforcement in the Yellowhammer State believe that they have finally solved a decades-old cold case.

Notably, investigators said the criminal case arose following a review of the existing evidence in the previously uncharged case.

“Opelika Police Detectives routinely review older, unsolved cases, to see if any new information is available. In this particular case, detectives reviewed the facts they had with the Lee County District Attorney’s Office and found sufficient evidence to present the case to a Lee County Grand Jury,” a press release on the cold case arrests stated.

AL.com reported that the charge came about after Hughley-Carr gave birth via emergency C-Section to a boy on April 2, 2020. The newborn allegedly tested positive for cocaine and marijuana. A warrant was reportedly issued in June after Hughley-Carr failed to appear in court in connection with the chemical endangerment case.

Lee County Jail records reviewed by Law&Crime show that both suspects are listed as in custody.