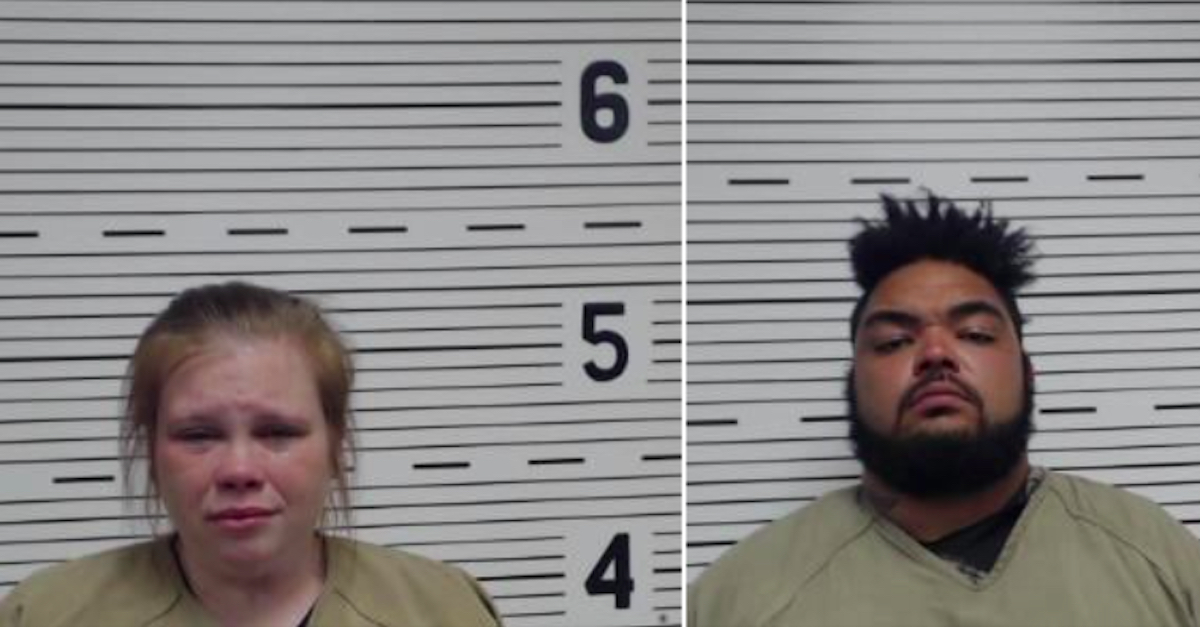 An Alabama mother and her boyfriend were arrested this week for allegedly killing the woman’s 15-month-old son, who died after sustaining traumatic injuries in April 2021.

Jordan E. Harmon and Travius Coleman were taken into custody Wednesday and charged with one count each of murder in the death of Emery Michael Knox Wilson, the sheriff’s office said.

Deputies with the Lawrence County Sheriff’s Department on April 11, 2021 responded to a call about an unresponsive baby at the intersection of Highway 24 and County Road 214. Upon arriving at the scene, first responders found a person performing CPR on a toddler, according to a press release from the sheriff’s office. The child was on the floorboard of the van while the unidentified adult attempted the life-saving procedure.

Medics took over the scene and rushed the child to Decatur-Morgan Hospital for treatment. Due to the severity of the toddler’s injuries, doctors transferred him to Children’s of Alabama Hospital in Birmingham for more specialized care. Emery was reportedly placed on life support.

Harmon was arrested the following day, April 12,  on suspicion of aggravated child abuse.

Emery succumbed to his injuries and was pronounced dead on April 13. Authorities ordered an autopsy to determine the cause and manner of the child’s death.

Harmon spent several months in Lawrence County Jail on the aggravated child abuse charge and was released on $60,000 bond in September 2021.

According to Sheriff Max Sanders, the medical examiner’s office turned in the autopsy report earlier this month in which it was determined that Emery’s death was a homicide caused by blunt force trauma to the head.

“The toddler had abrasions, contusions and lacerations to the scalp, a depressed skull fracture and a fractured left forearm,” the press release stated. “Toxicology from the toddler indicated the presence of cannabinoids.”

After reviewing the autopsy, investigators on Jan. 25 brought Coleman in to question him regarding the medical examiner’s results. Coleman, who was Harmon’s boyfriend at the time of Emery’s death, was arrested that day.

The Decatur Daily reported that a complaint filed in April by an investigator in Lawrence County District Court claimed that Harmon refused to bring her son to a doctor despite the fact that he sustained “serious injuries that required medical attention and treatment including … injuries to his head, arm and groin area on at least three separate occasions.”

The presence of the cannabinoids in the child’s system led prosecutors to charge Harmon and Coleman with chemical endangerment charges.

If convicted, both face up to life in prison.

Coleman in 2019 was arrested for domestic violence, strangulation, Huntsville NBC affiliate WAFF reported. The case is pending and Coleman has reportedly entered a plea of not guilty.