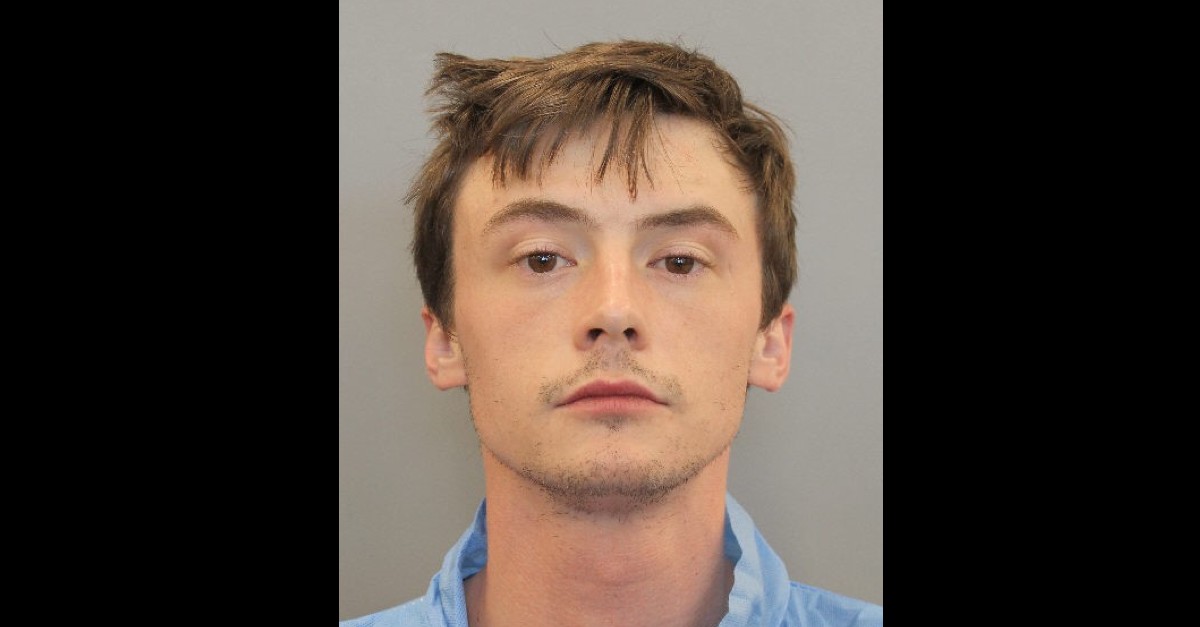 A Texas man facing murder charges allegedly admitted to hitting his father in the head with a dumbbell while out on bond after allegedly stabbing a police dog.

Ryan Mitchell Smith, 26, had been wanted for questioning since Monday in connection with his father’s death. He was out on bond after being arrested for allegedly stabbing a SWAT officer dog during an attempted carjacking and robbery on Saturday.

A Texas Department of Public Safety trooper found Smith walking along the side of a highway, local NBC affiliate KPRC reported. Smith was then taken into custody without incident.

KPRC reported that during interviews with detectives, Smith admitted to his role in his father’s death by striking him in the head with a dumbbell.

It’s unclear exactly when Smith’s father was killed. Officers found him early Tuesday morning in the garage of his home, Houston Police Commander Kevin Deese said at a press conference Tuesday, before Smith was found.

On Monday, family members of Smith’s father grew concerned after not hearing from him for several hours, Deese said.

Police went to Smith’s father’s house and searched the property, but “didn’t find anything of immediate concern” other than the fact that Smith’s father’s cell phone was there, which Deese said family members described as “uncharacteristic.”

That’s when family members called the police, who came to the house and searched the property, Deese said. Again, the search turned up nothing at that time, Deese said.

But police at the house noticed that a pickup truck belonging to Smith’s father had “showed up at the location with the lights off,” Deese said. Police determined that Smith was behind the wheel.

Smith fled, leading police on a car chase that ended when he crashed the car near a park. He fled on foot and manage to evade capture at that time, Deese said.

“[Smith’s father’s body] was hidden in a location that made it very difficult for anybody to find him,” Deese said, explaining why the family members didn’t initially find him.

Deese said that Smith’s father had died from “not natural causes,” and there were not apparent signs of an obvious struggle.

Monday’s chase was the second time in three days that Smith attempted to escape police. On Saturday, he fled the scene of an alleged robbery and attempted carjacking, stabbing a Houston K-9 in the process.

“Witnesses stated Smith had left the location and went to a nearby store where he stole merchandise and fled,” Houston police said in a statement. “Officers then located Smith inside a nearby apartment parking garage at the above address and he attempted to evade officers. HPD K-9 ‘Nate’ caught up to Smith behind a building where Smith then stabbed ‘Nate.’

Smith was taken into custody and charged without further incident at that time, according to Houston police.

Smith’s family members had posted $50,000 for his release from the Harris County jail on Sunday.

The police dog, Nate, needed surgery for the stab wounds. He is expected to make a full recovery, according to Houston police.

According to court records, Smith has a court date set for Friday. In addition to murder, Smith has been charged with robbery, interference with a police service animal, and evading arrest with a vehicle.

He has been denied bond.