After Leaving Home with Person She Met Through Video Game, Florida Girl Called Mom Crying from North Carolina and Then Hung Up: Cops 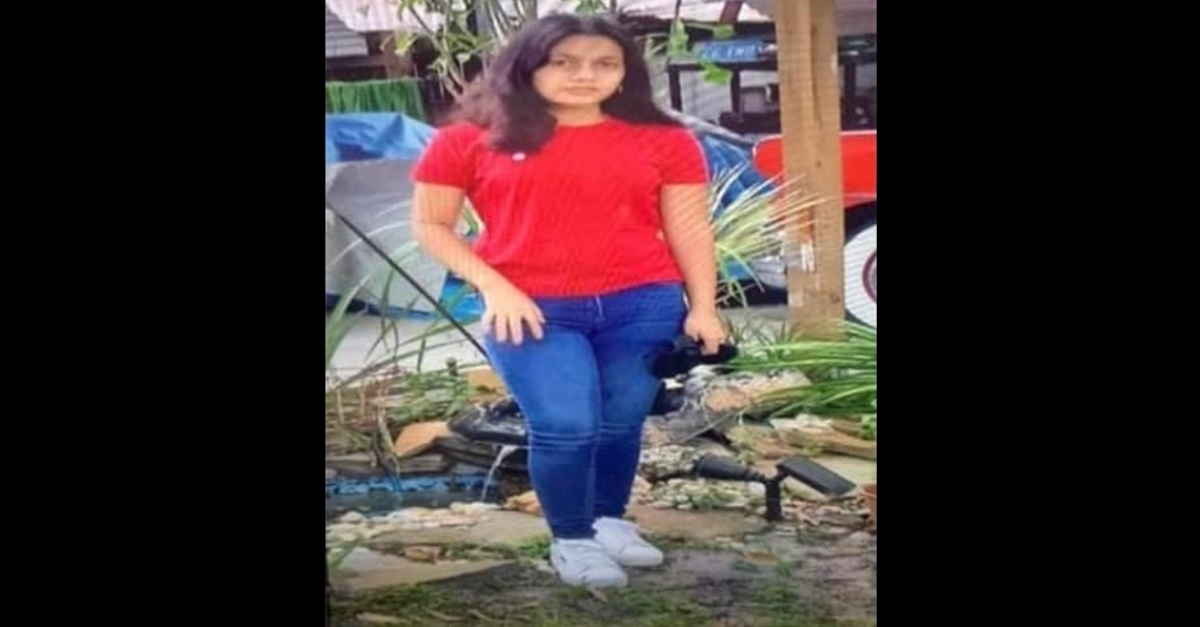 Update – 8:19 p.m.: Jeimy Henrriquez has been found, and the investigation is ongoing, police spokeswoman Capt. Sandy Rodriguez told Law&Crime in an email. They did not release more information.

Cops are searching for a missing girl, and the available details are equal parts distressing and frustratingly enigmatic. Floridian Jeimy Henrriquez, 15, went missing Saturday morning, according to the North Miami Beach Police Department. They consider her to be endangered.

In the police account, the teenager met an unknown person through the video game “FIRE MAX.” This individual picked her up Saturday morning, officers said.

“Jeimy took her black book bag and her cellphone and left in the vehicle,” cops said. “Jeimy called her mother at 2200 hours where detectives were able to ping her phone and traced it back to North Carolina. Juvenile called her mother crying that she was far away, and she had not eaten.” Jeimy hung up the phone, they said.

Officers did not say where in North Carolina Henrriquez might have called from. They did not immediately respond to a Law&Crime request for more information.

It is unclear from the police account why Henrriquez hung up during the call from North Carolina. It is also unclear what she previously discussed with this unknown person, and where the teenager believed they were going when the unknown individual picked her up. Cops did not release information on a suspect vehicle.

Police describe Henrriquez as white, standing 5″01″, and weighing 130 pounds. She was last known to be at 14th Avenue and 182nd Street in North Miami Beach, cops said.