A Year After Finding Man’s Decomposed Body, Feds Accuse Six of Kidnapping, Tying Up, Cutting, and Shooting Him 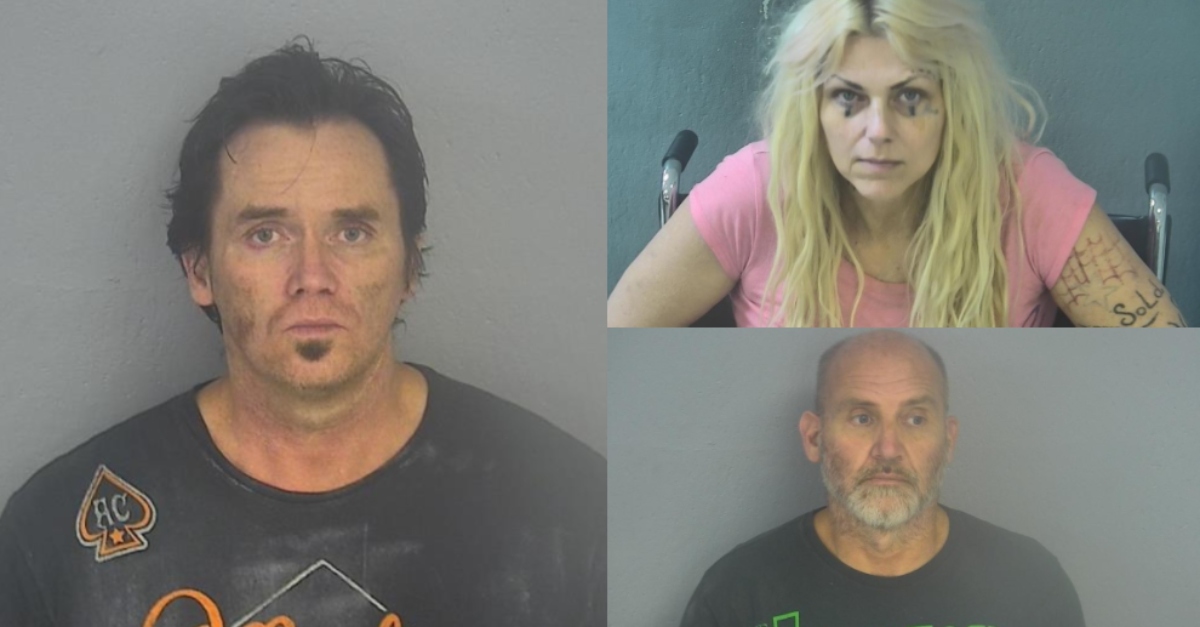 A little more than a year after authorities found a 41-year-old man’s badly decomposed body in the woods, a federal grand jury indicted six people on Thursday in connection with his murder. The indictment contains gruesome details of a conspiracy to kidnap Michael James Hall, whom prosecutors describe being tied, cut up, beaten and then shot. 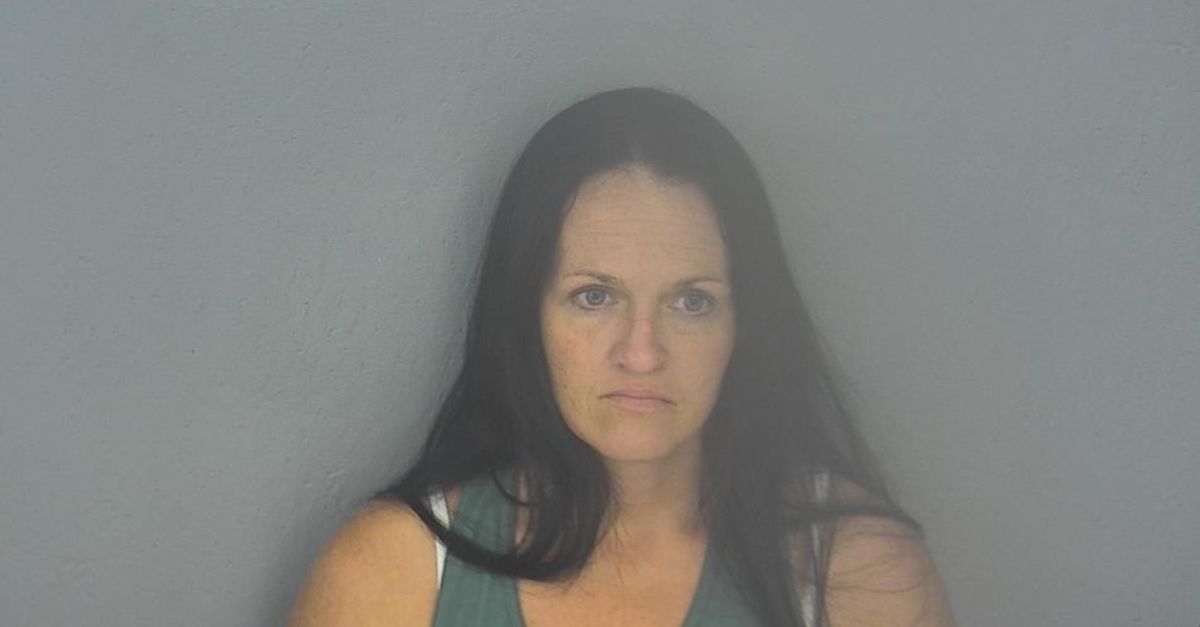 Authorities say they discovered Hall’s body back on July 28, 2020 in woods in Joplin, Missouri, following an alleged standoff where sheriff’s deputies say they arrested “Ol’ Boy” Tilton. He was immediately charged not for Hall’s murder, but for allegedly kidnapping a woman alongside co-defendant Alvin Dale Boyer, 35. The two men allegedly abducted her July 19, 2020 in what the DOJ described as a violent confrontation. 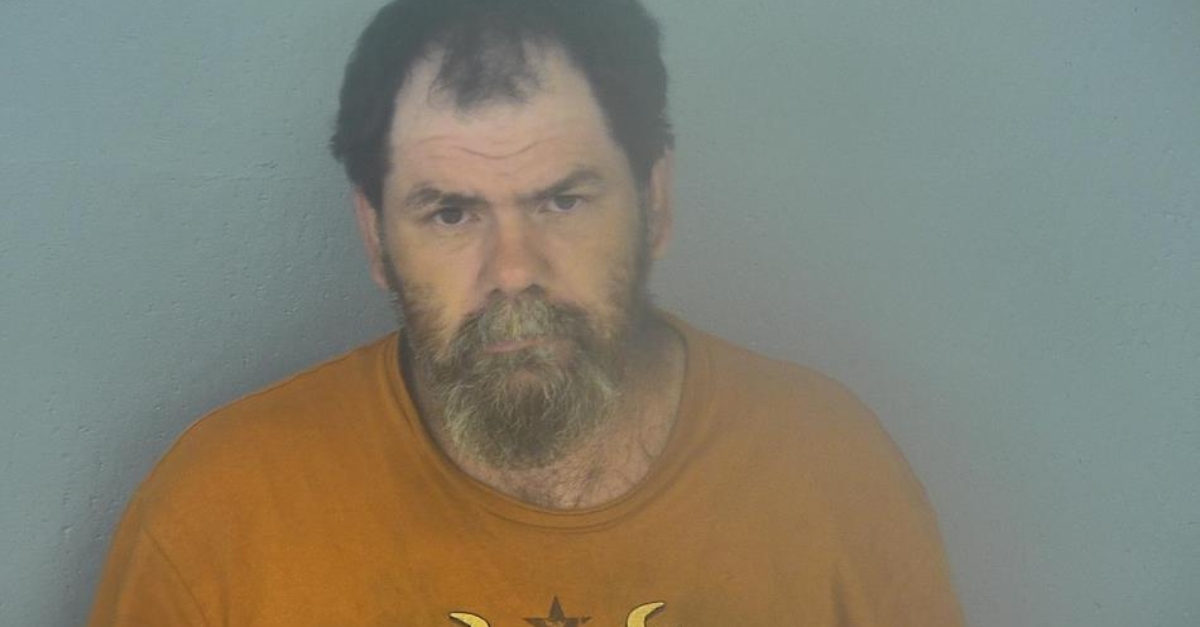 S.T. told investigators she had arrived at the hotel to meet Boyer (who had rented the room) but found Tilton waiting for her. S.T. had separated from Tilton and had an order of protection against him. When she found Tilton in the room, she said, she tried to leave but was dragged back in by Tilton. She had a Walther 9mm handgun in her waistband but lost it during the struggle. Tilton picked up the handgun and used it to strike her. At one point, S.T. made it to the door but was dragged back inside by Tilton. Tilton had the handgun with him when he climbed out the hotel room window. Tilton attempted to climb down a vertical rain gutter, the affidavit says, but fell to the ground as the guttering broke then ran away.

This was allegedly just several days after Hall was murdered. According to investigators, Ward picked up Hall and took him to Vaughan’s home. Tilton, Thomas, and Gibson arrived there early July 15, 2020, the DOJ said. What allegedly followed was a grisly murder.

They bound M.H.’s hands with handcuffs, and duct tape was placed around his mouth and other parts of his body. In Vaughan and Ward’s presence, the indictment says, Thomas cut M.H. repeatedly with a knife and Gibson beat M.H. with a club. Tilton fatally shot M.H. in the head. They wrapped M.H.’s body in plastic wrap and transported it to Hurtt’s property.

Law enforcement officers executed a search warrant at Hurtt’s property on July 28, 2020, based on information that a deceased body was located on the acreage. When officers attempted to contact the occupants of the residence, the indictment says, Tilton fired multiple shots from inside the residence at the officers. Tilton was apprehended. Officers found M.H.’s body on the property.

Authorities trace the motive to a dispute over a vehicle stolen by Tilton.

On or about July 4, 2020, through July 6, 2020, HURTT sent text messages, through a cellular phone, to R.B. demanding R.B. provide the name of a male who drove a Dodge truck who assisted her and E.C. to take back a camper that TILTON had stolen from E.C. HURTT informed R.B. through text messages that people who helped take the trailer back from TILTON were going to get hurt and probably killed, and R.B. might be one of the individuals hurt or killed. HURTT told R.B. she needed to tell him where he could find the male or his name. R.B. finally disclosed, “All I know he said his name was mike and he was a brother or honky.”

On July 5, 2020, TILTON sent a message through Facebook Messenger to M.H. stating, “Whats up let’s finish this. That was lame what you did yesterday I wasn’t impressed at all see when I look her rv I called her and told her I took it and why I toke her shit because. She goes and puts money jarmy. Dills books the same one that was talking to thee fbi trying to set me up. So why you trying to help a rat. you crossed a line there for you will be punished I would have had respect for you if you wodnt have got scared and ran dragjng the rv when you knew I was coming run little scared punk run I will find you you picked the right one.”

Their and Boyer’s attorneys of record did not immediately respond to a Law&Crime request for comment.

[Mugshots of every defendant except Gibson via Greene County Jail]