A Boy from Vermont Was Visiting Family in New Hampshire. His Own Dad Shot Him Several Times Before Dying by Suicide. 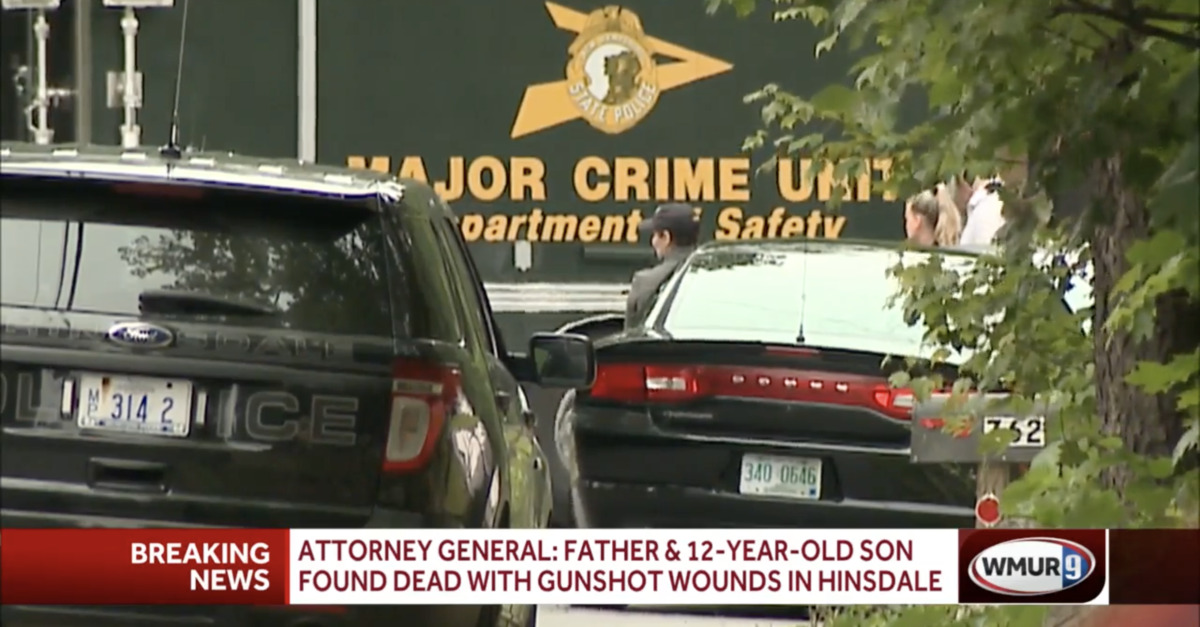 A young boy was visiting his father across state lines earlier this week. By Wednesday afternoon, they were both dead.

Investigators in southwestern New Hampshire believe the duo died as the result of a murder-suicide committed by 47-year-old David Lent, who shot his son to death with a pistol before turning it on himself.

Tyler Gilbert, 12, hailed from the neighboring state of Vermont and was visiting Hinsdale, N.H. in order to spend some time with his father and grandparents, according to a report by Boston.com.

Information about the tragic ordeal came out slowly — to the eventual detriment of the surviving family members.

On Aug. 4, New Hampshire Attorney General John M. Formella and State Police Colonel Nathan Noyes simply issued a terse statement that authorities were investigating “two suspicious deaths” while noting that “there does not appear to be any threat to the public.”

By the end of that same day, however, because of social media, the surviving family had been apprised of their distinct losses.

Apparently, the details had been shared and law enforcement wasn’t happy that those details had not been formally relayed.

“I strongly believe in supporting and defending the Constitution of the United States,” Hinsdale Police Department Chief Charles Rataj wrote on the department’s Facebook page. “We are all free to use many different forms of communication that are available in our society to express our ideas and thoughts. Today a family was devastated and some of them received terrible news by [F]acebook; life isn’t perfect and sometimes there are just tough breaks. I wish that they had been able to get the dreadful news with a level of privacy and dignity.”

“On behalf of the Hinsdale Police Department, we express our condolences to the family of David Lent and Tyler Gilbert. We know that their loved ones are grieving right now and need time to heal,” Rataj added. “Hinsdale is my home and all of you have made my job as the Chief pretty darn easy. I’m frequently showered in compliments, support and gratitude. Today please work with me to extend the same courtesy to a handful of people who need it far me than I.”

While the father’s motivation has yet to be shared, authorities now believe the violent incident occurred just before 1 p.m. on the day in question as Hinsdale Police officers responded to reports of a shooting at 12:53 p.m.

“The responding officers observed that Mr. Lent and his son had suffered apparent gunshot wounds,” the New Hampshire Department of Justice said in a press release. “A pistol was located next to Mr. Lent. A witness at the scene reported that David Lent shot Tyler before shooting himself.”

According to an autopsy report conducted by Deputy Chief Medical Examiner Dr. Mitchell Weinberg, Lent died from a single gunshot wound by suicide. Gilbert died from multiple gunshot wounds–his father shot him several times and saved one bullet for himself.

Authorities say they are still investigating the “circumstances” that led to the sad result but don’t expect to release additional information anytime soon.