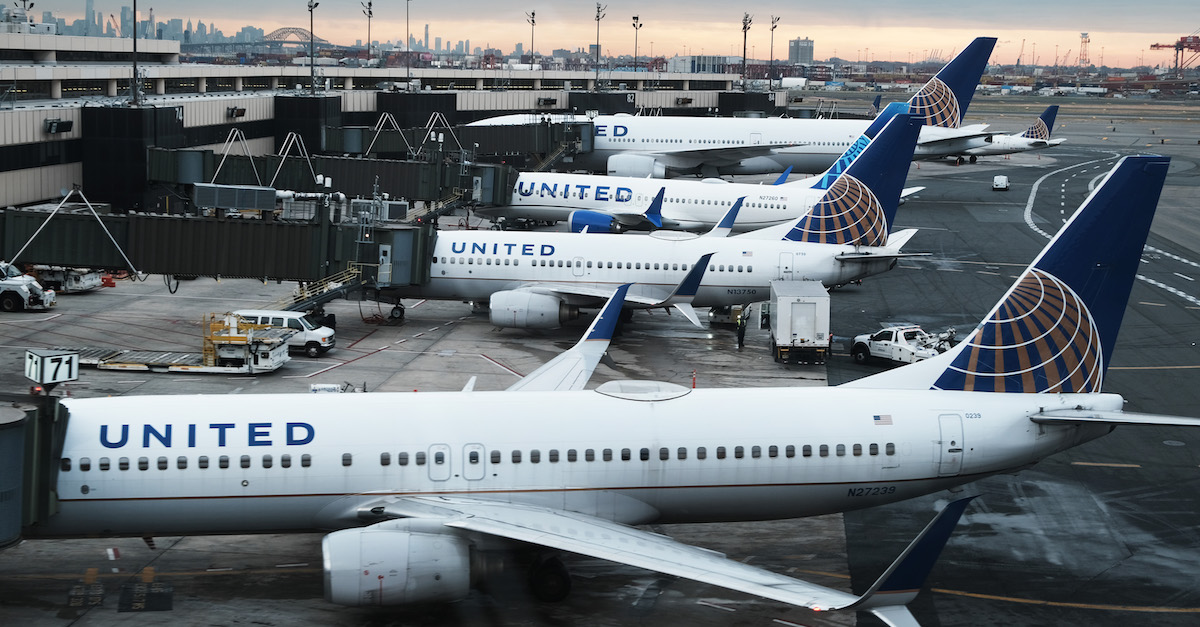 The Bonita Springs, Florida resident admitted to a count of lewd, indecent and obscene acts while in the special aircraft jurisdiction of the United States. The feds identified the plane as “United Airlines Flight 1663 enroute from Newark, New Jersey, to Boston, Massachusetts.”

The feds said that the woman recorded Robinson in the act using her iPhone.

The FBI special agent investigating the case said he viewed the video and that it shows Robinson “fondling his crotch area in a manner consistent with holding or manipulating his penis.”

“The Victim stated that she was in shock and did not know what to do. She looked away and covered her head and body with her jacket. The victim did her best to ignore ROBINSON and what he was doing but continued to feel ROBINSON move around,” the affidavit continued. “About five minutes before landing, ROBINSON placed his hand on the top of the Victim’s thigh. The Victim asked ROBINSON why he was touching her. ROBINSON withdrew his hand and looked out the window.”

The victim alerted a fellow passenger, a flight attendant, and eventually a gate agent about the crime. She later told the investigating FBI special agent that she first realized Robinson was exposing himself when she heard the sound of his pants unzipping.

The U.S. Attorney’s Office suggested that Robinson’s behavior while exiting the plane was also telling.

“During the deplaning process, the victim approached a flight attendant about the incident but was unable to point Robinson out due to the volume of passengers deplaning,” a press release said. “Security footage captured Robinson, upon exiting the secure area of the terminal, repeatedly looking back in the direction from which he came while proceeding to the baggage carousel level.”

DOJ previously said that Robinson “quickly removed two suitcases” from the baggage carousel” and “joined a group of two women and two men who were already there.”

U.S. Magistrate Judge Marianne B. Bowler set sentencing for March 2, months into the new year but just short of one year after the offense was committed. Robinson faces up to 90 days behind bars. He also faces a possible fine of $5,000 and a year of supervised release.