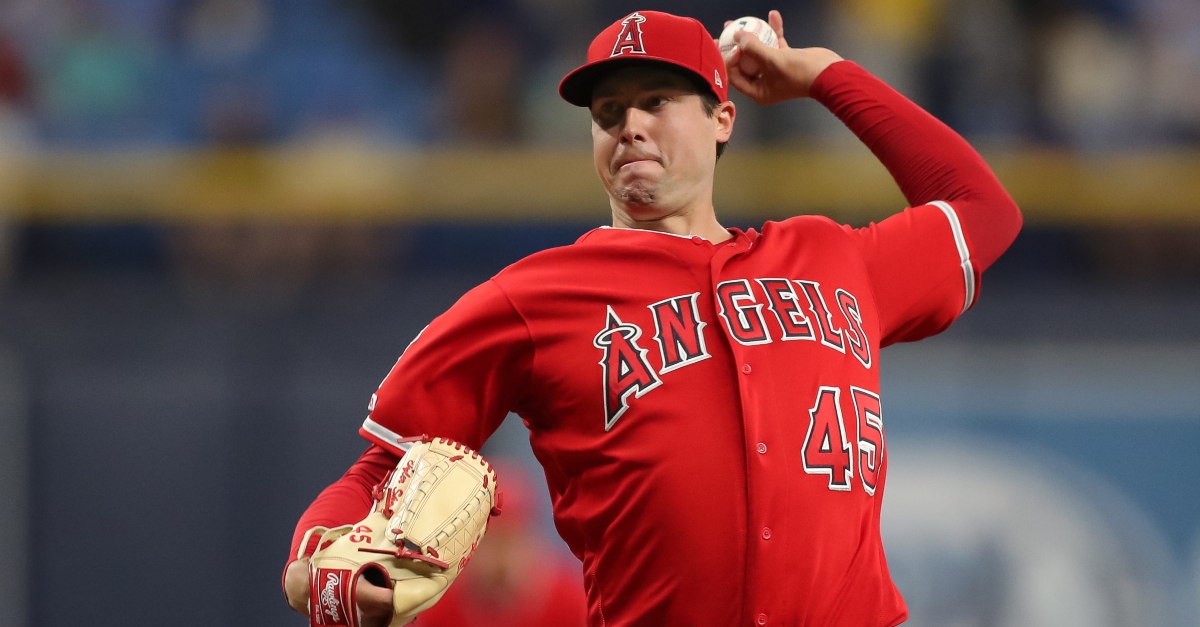 To bolster their case that a former Angels communications director gave a pitcher the drugs he fatally overdosed on, federal prosecutors plan on bringing forward five Major League Baseball players to testify that the defendant gave them oxycodone. The government says text messages back up the story.

Eric Prescott Kay has pleaded not guilty to charges for Tyler Skaggs‘ death on July 1, 2019 in a Southlake, Texas hotel. From a motion filed Friday:

The government intends to introduce evidence at trial that since 2017, Kay obtained oxycodone pills for several Major League Baseball players and distributed those pills to them. More specifically, the government anticipates presenting testimony of approximately five players who received oxycodone from Kay in 2017, 2018, and/or 2019. The evidence will also demonstrate that Kay often coordinated the distribution through text messages or through conversations involving the victim, T.S. This witness testimony will in many instances be corroborated by text message communications.

Assuming things go as prosecutors plan, this testimony would establish that Kay had a pattern of obtaining controlled substances and distributing them to players. He was giving Angels players oxycodone since at least 2017, evidence showed, according to the government.

According to the federal criminal complaint, the Tarrant County Medical Examiner’s office determined Skaggs died from “mixed ethanol, fetanyl and oxycodone intoxication with terminal aspiration of the gastric content.” Investigators have said that he would not have died if not for the fentanyl. Among other things, authorities said they seized a blue pill marked “M/30.” It looked like a legitimate 30 milligram prescription of the painkiller oxycodone, but tested positive for fentanyl. Investigators determined it was a counterfeit pill.

Prosecutors on Friday said they will introduce evidence that Kay’s pills were blue, called “blue boys” or “blues,” and featured markings of “M” and “30,” just like the one found in Skaggs’s hotel room.

You can read the prosecution motion below: