Valeesha Duncan Was Shot at 50 Times in Ambush: Deputies

Someone Shot at Woman About 50 Times When She Returned Home from Work: Deputies 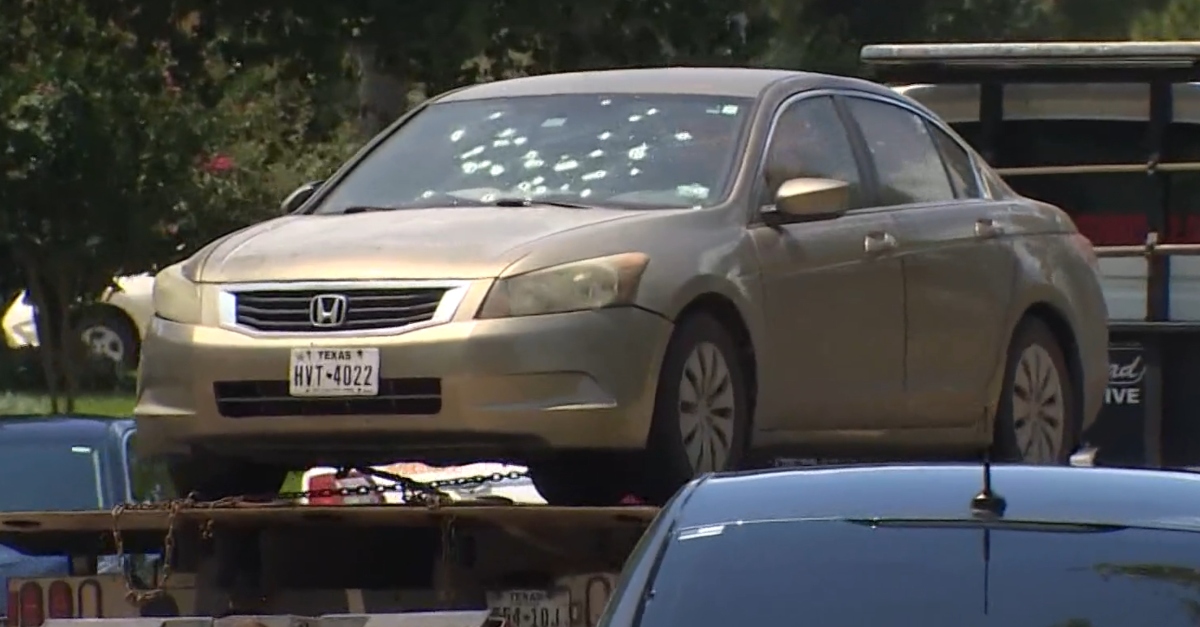 A woman arrived home from work this week, only for someone to shoot at her about 50 times, say deputies in Harris County, Texas. Her ex identified her as Valeesha Duncan, 31, according KHOU. Deputies are trying to figure out who ambushed her at her home early Tuesday morning, and why.

Update to Homicide on Appletree Hill Ln: A female, described as a black female 31 yrs, pulled into the garage, exited her vehicle when an unknown suspect fired approximately 50 shots at her. The female was pronounced deceased on scene. Suspect fled in dark-colored sedan. If you https://t.co/awExbb78LN

The reported account is that Duncan returned home from work at a gentleman’s club right before 5:30 a.m. when the attacker ambushed her, riddling her car with bullets. She died at the scene.

“The only information we have is a dark color vehicle pulled up, [someone] got out and shot approximately 50 rounds at her,” Harris County Sheriff’s Office Major Susan Cotter said, according to the outlet. “She pulled into the garage, she was able to exit the vehicle, and she was found deceased in the garage.”

“It was just really fast,” said a woman identified as Bonnie. “It sounded like a machine gun to me.”

“I was shaking,” said Gianna Delaney. “I was scared, scared. I didn’t want to look out the window because I didn’t know if they were going to come back and do it again.”

Deputies reportedly released no hint of a motive and only the barest of details about the shooter. Sheriff Ed Gonzalez said the suspect vehicle was a “dark-colored sedan.”

According to the KHOU, she shared an 11-year-old son with a man identified as Timothy, who spoke about her in glowing terms even though they were exes.

“She was a good person, very sweet, very kind,” he said. “Something like this is crazy.”

He called her his best friend.

“We have a child together, and I’m the ex, so that goes to show you if I can say these positive things and for us to still be friends, that shows you a lot about her character,” he said.

Their son was not home when the shooting happened, he said. The child is trying to process the tragedy, he added.