18-Year-Old and Her Boyfriend Tried to Kill Her Father in His Sleep with Meat Tenderizer, Wooden Rod: Police 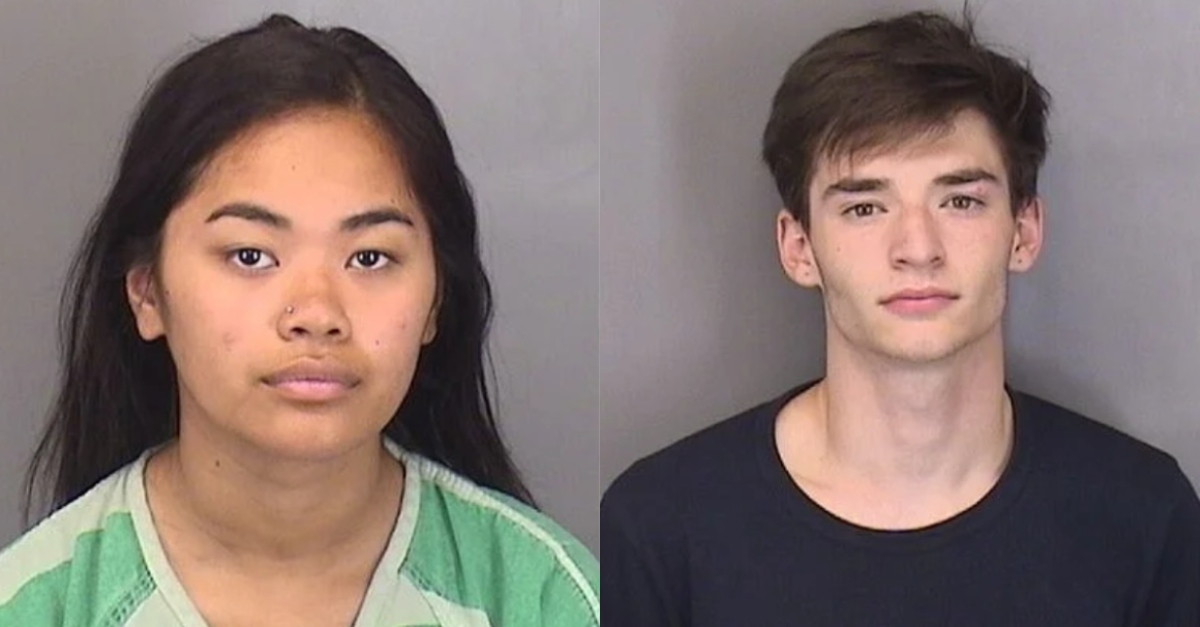 A young woman and her boyfriend have been charged with attempted murder for allegedly trying to kill her father in his sleep with a meat tenderizer and a wooden rod earlier this year, news outlets in Nebraska have reported.

According to the Omaha World-Herald, teenagers Gabriella Alexis Laws and lover Joshua Fithian, both 18-year-olds from Bellevue, are locked up for charges including attempted murder in connection to an incident from January.

Bellevue authorities claim that the victim’s wife called them early Jan. 17 about finding her 59-year-old husband in bed unresponsive. Doctors at the hospital reportedly put him in a medically-induced coma because of brain bleeding and fractures to his skull.

According to the outlet, the victim, Robert Laws, told investigators that he did not remember the attack during an interview on Feb. 10, but he suggested that Fithian could have been responsible because of a dispute they had.

Fithian allegedly said that he, Gabriella, and her parents argued about him sneaking in and out of the home, the outlet reported. The elder Laws did not want him there between midnight and 7 a.m. The defendant allegedly said that he was there on Jan. 16 after dinner and stayed in the basement until 12:45 a.m. He said that he exited through a basement window, but Gabriella said that he left through the front door, cops said. A protection order that the parents filed against him on Jan. 20 alleged he said on Jan. 16 that he “wasn’t going anywhere” and wanted to enter the home whenever he pleased.

The younger Laws allegedly said she did not know who attacked her father, and she brought up the possibility that she did it in her sleep.

“I mean I don’t think it was my mom, and I don’t know, I didn’t do it but if I did in my sleep I don’t know,” she allegedly said. When asked, she said she hoped she was not capable of attacking her father.

“Well if I did, well not, I mean — I hope I would have never done that,” she reportedly said.

Police said they obtained her DNA and filed a search warrant to get Fithian’s. They want to see if there’s a match on the meat tenderizer and the wooden rod.

The defendants face charges including attempted murder and assault. They made an initial appearance in court Monday morning, where bond was set at $1 million (10 percent), a Sarpy County court staffer told Law&Crime.

Sarpy County Public Defender Tom Strigenz declined to discuss with us the specifics of the allegation, saying it is early in the case and he has yet to meet with Gabriella Laws. Fithian’s attorney of record did not immediately respond to a request for comment.