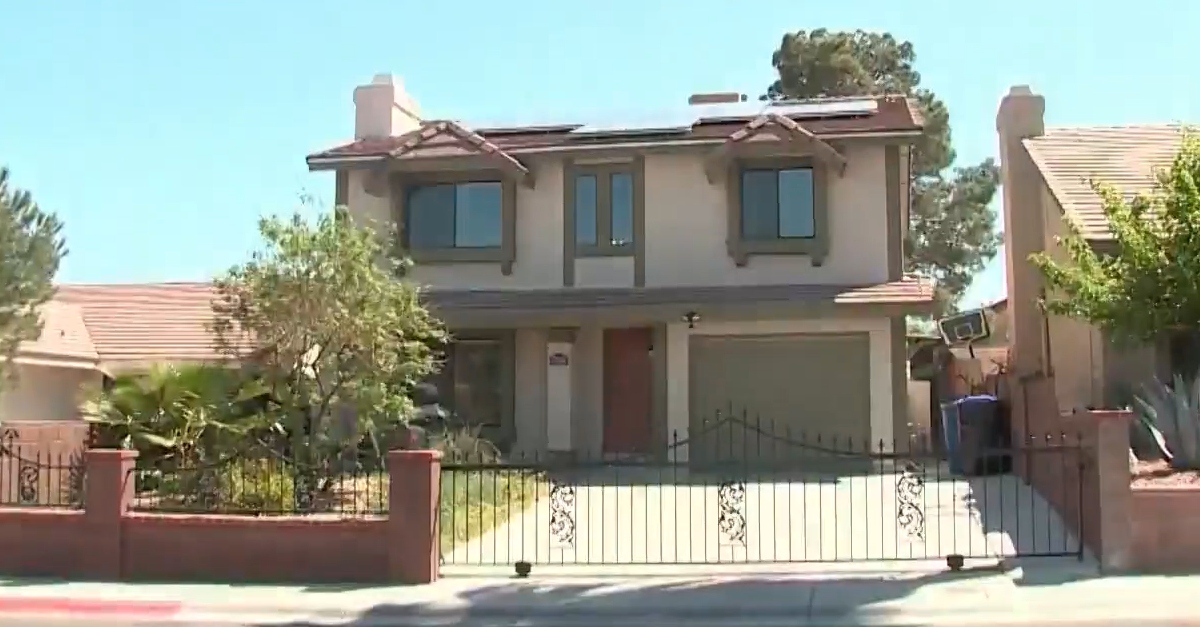 A 16-year-old girl and her 18-year-old boyfriend allegedly murdered her father, tried to disremember the body, and then fled Nevada in the car of victim Daniel Halseth, 45. Prosecutors are expected to try the younger defendant Sierra Halseth as an adult with co-defendant Aaron Guerrero.

The Las Vegas Metropolitan Police Department says it responded to a report of a burned body in a garage. There, they determined that this was not an accidental fire, and the victim was killed before the flames.

A 16-year-old girl and her 18-year-old boyfriend are accused of murder in the death of her father, Daniel Halseth

They allegedly stabbed, tried to dismember and burned him before fleeing in his car.https://t.co/LPTDHpfPE6

Police Lt. Ray Spencer told KLAS that surveillance footage caught the defendants buying items used in the clean up. For example, there was lighter fluid used to start the fire as well as a chain saw, a circular saw, and a hand saw used in attempts to dismember the body.

“There is surveillance video and receipts, indicating when the items were purchased here locally that were used in the cover up of the crime,” he said.

The teens were arrested in Salt Lake, Utah. The daughter had allegedly stolen the father’s car.

Guerrero’s defense lawyer Gabriel Grasso said, “we have to see what’s up and what the evidence shows and how much, if any, trouble they’re in.”

The alleged backstory to all this is that Halseth’s and Guerrero’s parents learned about the teens’ plans to steal money from their parents and escape to Los Angeles, according to The Las Vegas Review-Journal. The parents tried to separate the two. The mother of the 16-year-old said that $1,300 was taken on Thursday from the bank accounts she shared with Halseth, however.

From police on Tuesday:

Anyone who has any information regarding this incident is urged to contact the LVMPD Homicide Section by phone at 702-828-3521, or by email at [email protected] To remain anonymous, contact Crime Stoppers by phone at 702-385-5555, or on the internet at www.crimestoppersofnv.com.