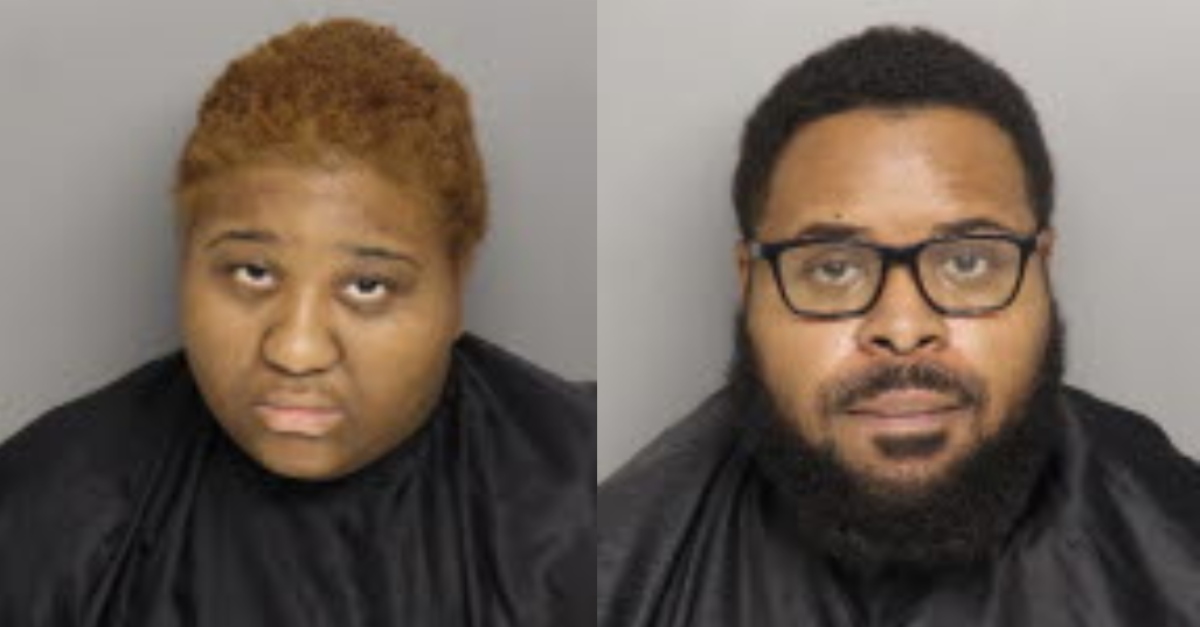 A South Carolina couple have been arrested in the death of their adopted daughter. Ariel Robinson, 29, and husband Jerry Robinson, 34, were charged last Tuesday, Greenville County jail records viewed by Law&Crime show.

Authorities say the 3-year-old victim suffered a “series of blunt force injuries” at the hands of the defendants, according to documents obtained by WYFF. The victim was identified as Victoria Smith by the Greenville County Coroner’s office.

“She was just a natural,” Tiffany Huggins told the outlet. She and her husband Cameron Huggins served as foster parents for Smith before the Robinsons adopted her. “She had the best personality and I’m not just saying that cause I was her momma, but she was just our light. She was a beautiful child, inside and out.”

Incidentally, Ariel Robinson was the winner of the 20th season of the show Worst Cooks in America. The Food Network took down those episodes in the wake of their arrests.

Robinson also used to be a middle school teacher; the South Carolina State Board of Education suspended her teaching license on Thursday.

She had at least three adopted children after she won the $25,000 prize for the show.

“I just know that the Lord had his hands on me and he had a purpose for me to go on there,” she said last August, according to WYFF. “He knew we were going through this adoption, we really could use the money and he just let everything work out for our good.”

Both defendants are charged with homicide by child abuse. There is no bond in their case. It is unclear if they have an attorney in this matter.