Woman Told Food Cart Worker to ‘Go Back to Mexico,’ Then Claimed She Was the Victim of Racism: Cops 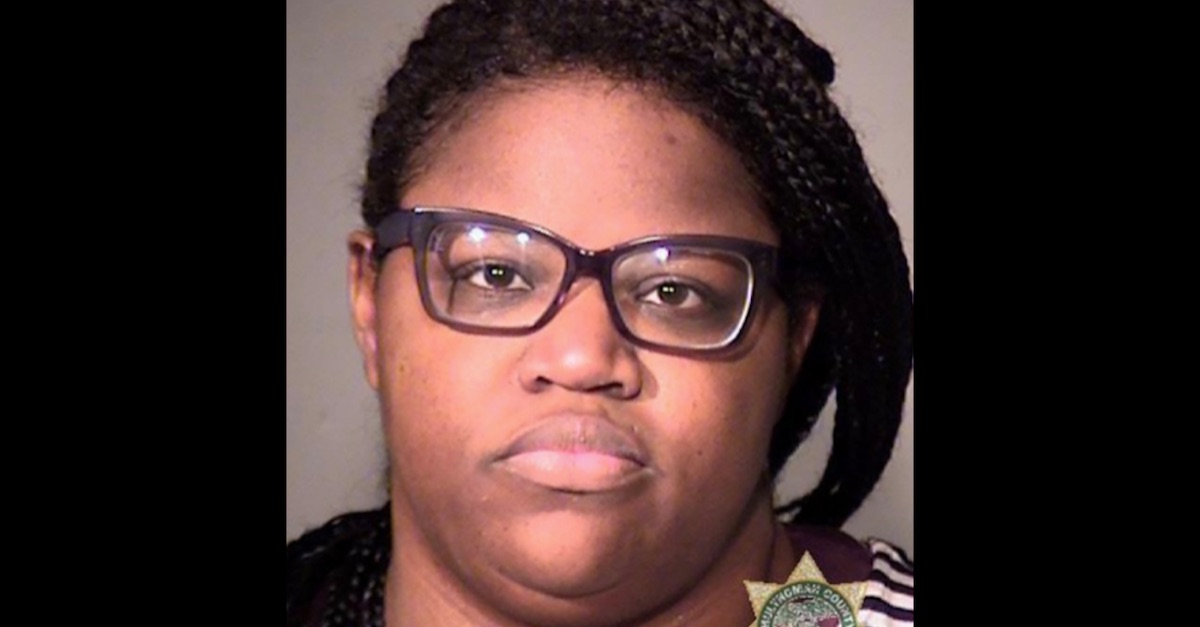 A woman in Portland, Oregon indicted for hate crime charges after she allegedly harassed the employees of a Mexican food cart using racist hate speech.

Sierra McDonald, 30, was arrested Sunday after allegedly spewing verbally abusive and racist language at the food cart operator, telling her to “go back to Mexico,” according to The Oregonian. She allegedly poured soda on her head and spit on food that she was in the process of cooking.

McDonald, who is black, told police she thought the food cart employees were racist because “they served white people faster than they served her,” according to the New York Post.

Court documents obtained by the Oregonian say McDonald visited the food cart on two occasions. She first visited the cart on Sept. 21 where she reportedly took a can of soda and poured it on chicken the employee was cooking before pouring the remainder on the employee’s head while using racial hate speech, according to FOX 12.

After being contacted by the employee, the police called McDonald to interview her about the encounter but she hung up on the officers without speaking.

McDonald returned to the food cart the next day, once again using verbally assaulting the same employee and one of her co-workers with racial hate speech, police said. She allegedly picked up a sharp-pointed wooden stake approximately four feet in length and mimed a stabbing motion.

One of the workers told police she was scared that McDonald planned to use the stake to physically harm her, per the FOX 12 report.

The first victim reportedly suffered a heart attack and said she believed the cardiac episode was brought on by the fear and stress of McDonald’s verbal abuse and threats.

The employees were then forced to dispose of 12 whole chickens, citing health concerns, after McDonald spit on them. She also tried to throw some of the chicken being prepared on the ground, they said. In total, the food cart lost approximately $300 in value.