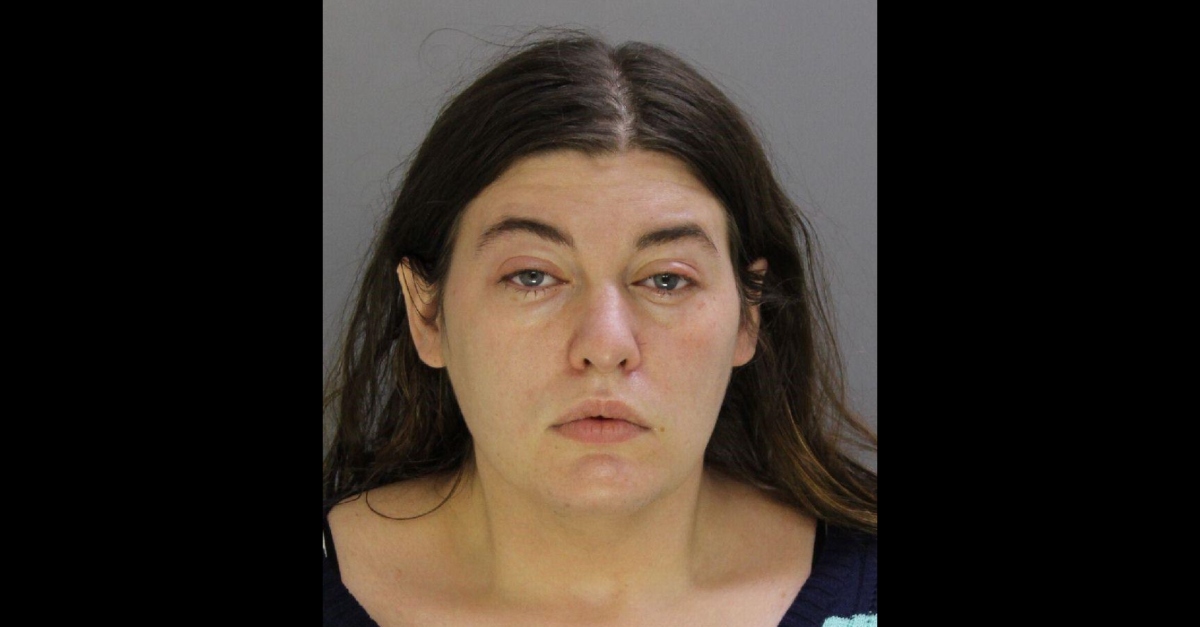 There’s another defendant in a horrifying child abuse case out of Pennsylvania. Now the mother of a 9-year-old girl is charged for both enabling and outright participating in the alleged violent mistreatment of the girl. Defendant Julianne Lewis, 31, was charged on Friday. Her boyfriend Dimitrios Moscharis, 34, was previously arrested. He allegedly beat the 9-year-old daughter, ostensibly to discipline her.

According to the story from the Chester County District Attorney’s Office, the mother told authorities she was driving for Lyft when she got a text from Moscharis to return home. She arrived to discover that her daughter was “unconscious, wet, and fully clothed in the bathtub.” The defendant attempted CPR, and Lewis called 911, authorities said.

Medics said they removed the girl’s clothing to to perform life-saving procedures, and in doing so, discovered old and new bruises across her body. Doctors said the girl suffered life threatening injuries, including to her lungs. She almost died, and likely sustained brain damage from oxygen deprivation. This was suggested to be from either strangulation or suffocation.

And where did the bruises come from? Prosecutors said that these were consistent with objects discovered by the bathroom, including a curtain rod and hanger. Lewis allegedly said she had been dating the boyfriend for about two months. From the D.A.’s office:

The co-defendant told Lewis that the child needed disciplining, so whenever the child acted out or didn’t listen over minor complaints, like whether she brushed her teeth or did her homework, Lewis allowed and watched the co-defendant hit her with a curtain rod or a baton used to open and close window blinds. Additionally, they forced the child to walk up and down the stairs with her arms outstretched for hours at a time, the defendant’s punishment of choice for her daughter. They also locked her in the closet for extended periods, made her kneel on a pile of hangers, and made her sleep on a concrete floor in the basement on numerous occasions.

In one incident, the girl was allegedly forced into a closet for more than 15 hours without access to food, water, or the bathroom.

During the near-fatal incident, Moscharis allegedly also did not call 911 even though he knew that the girl had stopped breathing. According to investigators, he told Lewis to lie and claim that the girl’s biological dad injured the child.

“It is incomprehensible that a mother would not only engage in this horrific treatment of her child but also fail to intervene to protect her from abuse from a man she just met,” Chester County District Attorney Deb Ryan said. “She participated in a systemic abuse pattern that violated her duty of care and subjected her to unimaginable acts of cruelty. Her failure to render aid to her child is despicable. We are grateful to the Westtown-East Goshen Regional Police Department and the Chester County Detectives for their tireless efforts in this investigation. We will get justice for this child.”