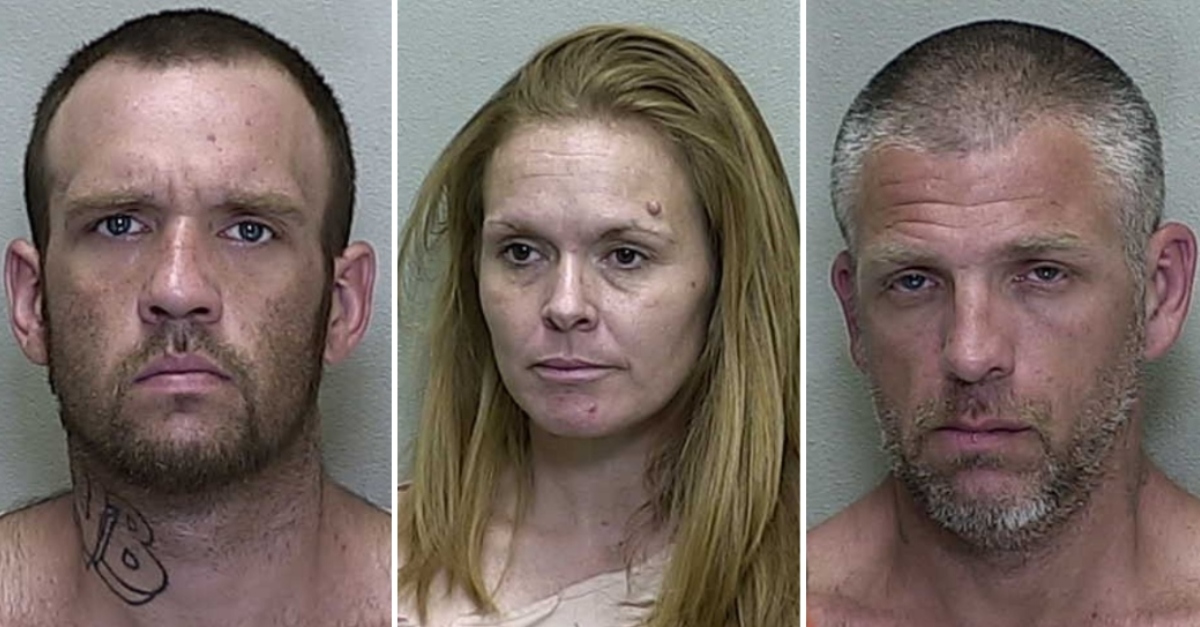 White gang members allegedly attacked a member of the same gang by tattooing a racial slur on his neck. Deputies said that they misspelled the slur, according to the Miami Herald.

The new tattoo allegedly included a certain racial slur, but it was missing a G.

The alleged victim was not African-American.

Co-defendant Lucian Evans allegedly told investigators with the Marion County Sheriff’s Office that the man had broken the rules of their group. Evans, Brandon Hayley, Mary Elizabeth Durham were charged in the incident.

The alleged victim told authorities that these three, and another man confronted him at his home the night of January 28, and demanded he cover up his gang tattoo “CWB.” Things allegedly got even more hostile, with one of the men pulling out a knife. The alleged victim first said it was Evans, but later claimed it was the third man, according to authorities.

In any case, Hayley and Evans allegedly held the man down while the third man (who has not been charged with a crime) tried covering the tattoo. The attackers allegedly knocked out the victim while he continued to fight back.

The victim claimed that he hazily recalled being tattooed by Durham (who allegedly said “I’ve never done this before”), passed out again from the pain, and woke up with a new tattoo. He claimed he might have been sodomized as well (based on the pain he was feeling) and said he found what he believed to be blood in his pants, authorities said.

Law&Crime is not naming the alleged victim due to the nature of the crime. We are also not naming the fourth alleged attacker because he had not been charged with a crime.

Editor’s note: this story has been updated to correct the race of the alleged victim.

[Mugshots via Marion County Jail; Hayley on left, then Durham and Evans]