Anthony Akers' Back and Forth with Cops | Law & Crime

Wanted Man Plays Hard to Get with Police on Facebook, Takes Absurd Selfie Before Showing Up for ‘Date’

A wanted man in Washington state played hard to get with police on Facebook before ultimately turning himself in as he promised. Anthony Akers, 38, made sure to take a selfie down at the station, the icing on the cake for amused people on social media.

Back on Nov. 28, the Richland Police Department in Washington featured Akers in their “Wanted Wednesday” Facebook post, announcing that he was wanted by the Department of Corrections for failure to comply.

Wanted Wednesday! Anthony Akers (38) is wanted by the Department of Corrections for Failure to Comply. If you have any information please call 509-628-0333.

It did not take long for Akers to reply to this in the comments.

“Calm down, i’m going to turn myself in,” Akers said a week ago.

“Thank you, tying up a couple loose ends since i will probably be in there for a month. Should be in there in the next 48 hours,” Akers replied. Then there was a bit of a lull in the conversation and people wanted to know if Akers actually turned himself in. Police said that he had not.

On “Morose Monday,” Dec. 3, police followed up with Akers.

“Dear Anthony, is it us? Last Wednesday we reached out to you as ‘wanted’. You replied and even said you were going to turn yourself in. We waited, but you didn’t show. After you stood us up, we reached out again- this time offering you a ride. You replied and said you needed 48 hours. The weekend came and went. We are beginning to think you are not coming,” authorities said. “Please call us anytime and we will come to you. 509-628-0333.”

Dear RPD, its not you, its me. I obviously have commitment issues. I apologize for standing you up, but let me make it up to you. I will be there no later then lunchtime tomorrow, I know you have no reason to believe me after what i did to you, but I promise that if i dont make it on my own by lunchtime tomorrow I will call for a ride to assist me with my commitment issues. Thank you in advance to your response if you are patiently giving me another chance with us, I know i dont deserve it.
P.S. You’re beautful😙

To seal the deal, Akers took a selfie down at the station: 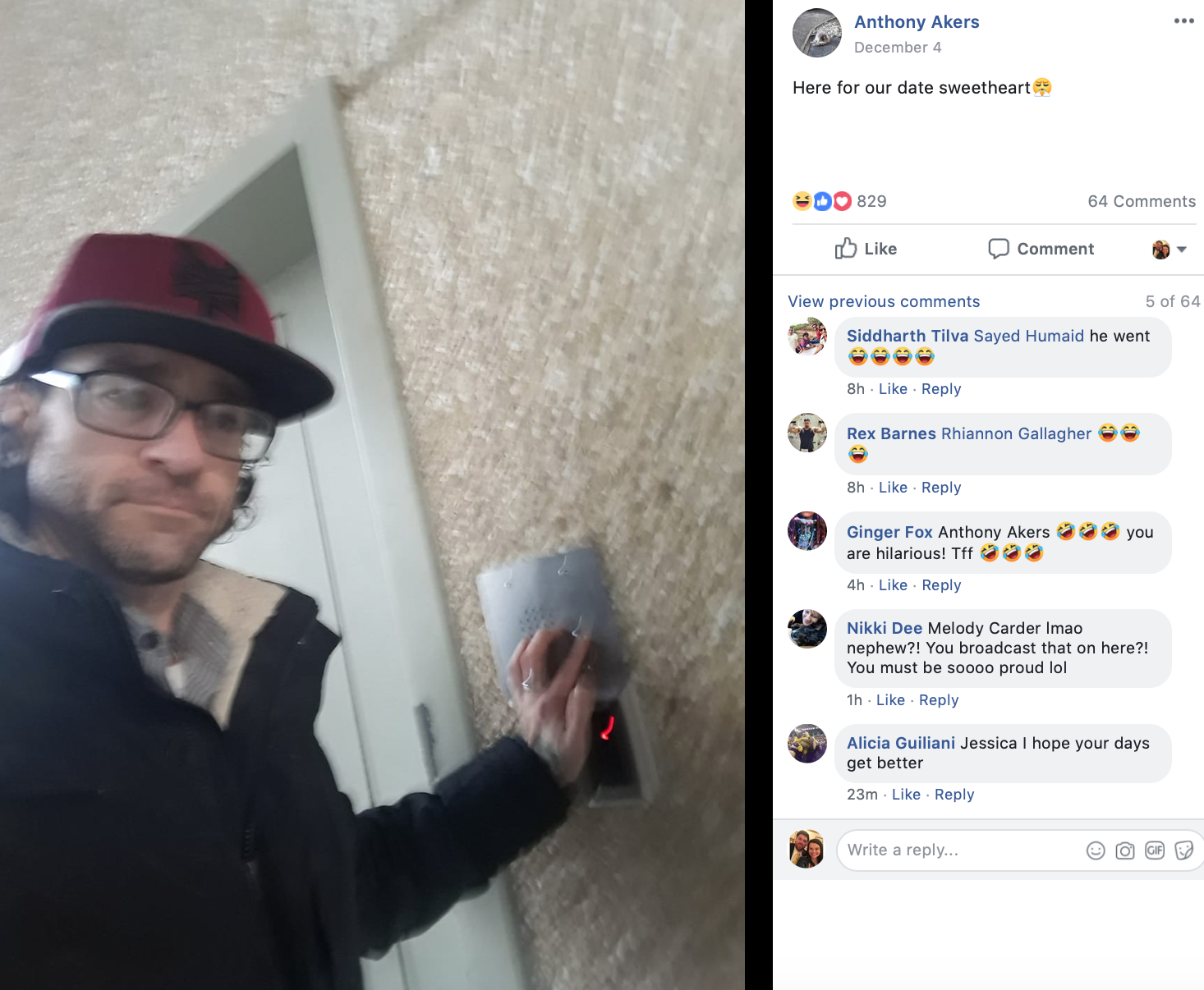 “Here for our date sweetheart,” he said Tuesday on social media.