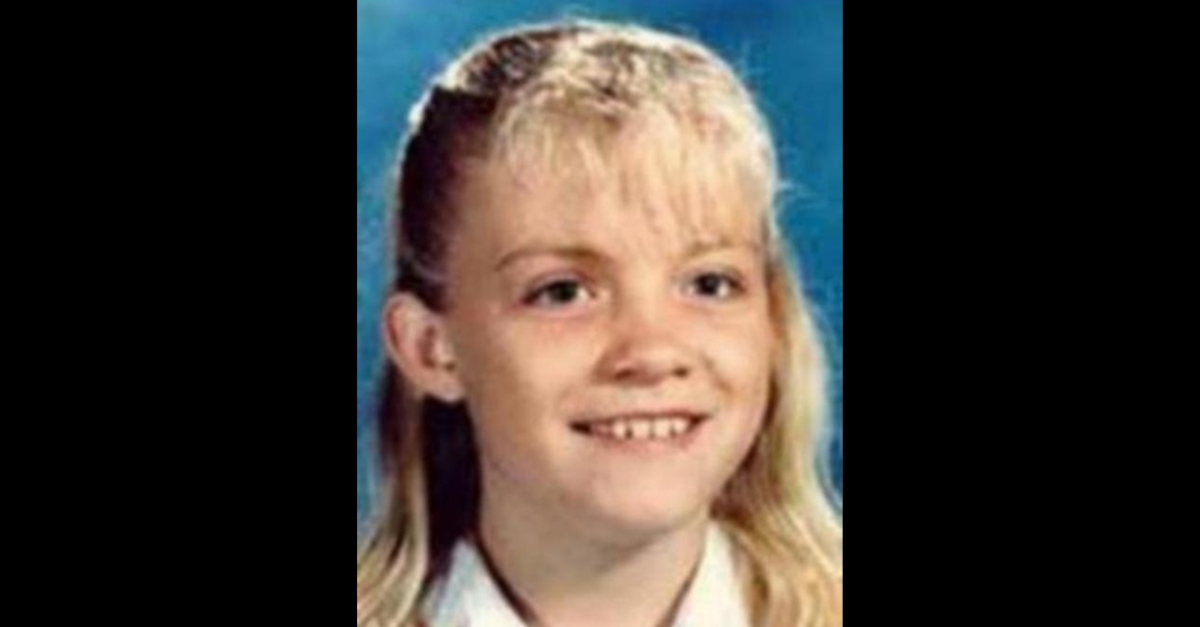 Authorities in Alameda County, California announced an arrest in the 1988 kidnapping of Michaela Garecht, 9. They believe she is dead. The case against new defendant David Misch, 59, includes a murder charge.

“The kidnap and murder of a child is horrific,” Alameda County District Attorney Nancy E. O’Malley said in a statement. “The pain to the family and friends is indescribable, especially when their child is not found. This crime shocked not just the local community, but the entire Bay Area and the nation. I hope that today’s action and announcement will provide some comfort to Michaela’s family in knowing that justice will prevail, even after 32 years since this horrible crime.”

The kidnapping of Garecht on November 19, 1998 long maintained a somewhat high profile, receiving coverage in an episode of Unsolved Mysteries.

The 9-year-old was out with a friend on a trip to a store, according to the probable cause statement. They left their scooters outside, and returned to find that Michaela’s had been moved into the parking lot. Investigators said this was behind the suspect vehicle. From documents:

When the victim went to retrieve the scooter, she was grabbed around the waist by the suspect and pulled into the car while she violently screamed. The vehicle fled out of the parking lot, travelling southbound on Mission Blvd. The witness described the suspect as a White Male, 20-28 years, 6’0″, slender build, blue eyes, and long dirty blond hair. Other witnesses in the parking lot and store gave similar descriptions of the suspect seen before or after the kidnapping with variations including that he had a mustache. No witnesses described the presence of other suspects in the suspect vehicle.

The only hard piece of evidence investigators had were latent prints from the scooters. They said they spent these decades trying to find a match from possible suspects, but none matched. That changed in 2018, when a Hayward Police Department fingerprint examiner found Misch to be a match.

Detectives did not have to look far for him. They said he was already locked up for a 1989 murder in Alameda County. It was not even the first time he allegedly killed someone: He is also accused in a 1986 double murder.

Investigators said they have not found Garecht. They voiced no hope of finding her alive. Authorities suggest Misch would have killed her to keep her from stepping forward against him, and disposed of her remains. Michaela has not been seen in 32 years.

Garecht’s mother Sharon Murch voiced her thanks both to investigators and to those who have accompanied her on this “long, long journey.”

“So thank you, all of you, for your love, a love that has endured decades for Michaela,” she said. “I ask that you please don’t forget her now. She is no longer a case, but she is what she always had been, and that is a bright and shining light. And in her absence from this earth, is it up to us to find a way to carry her light forward.”