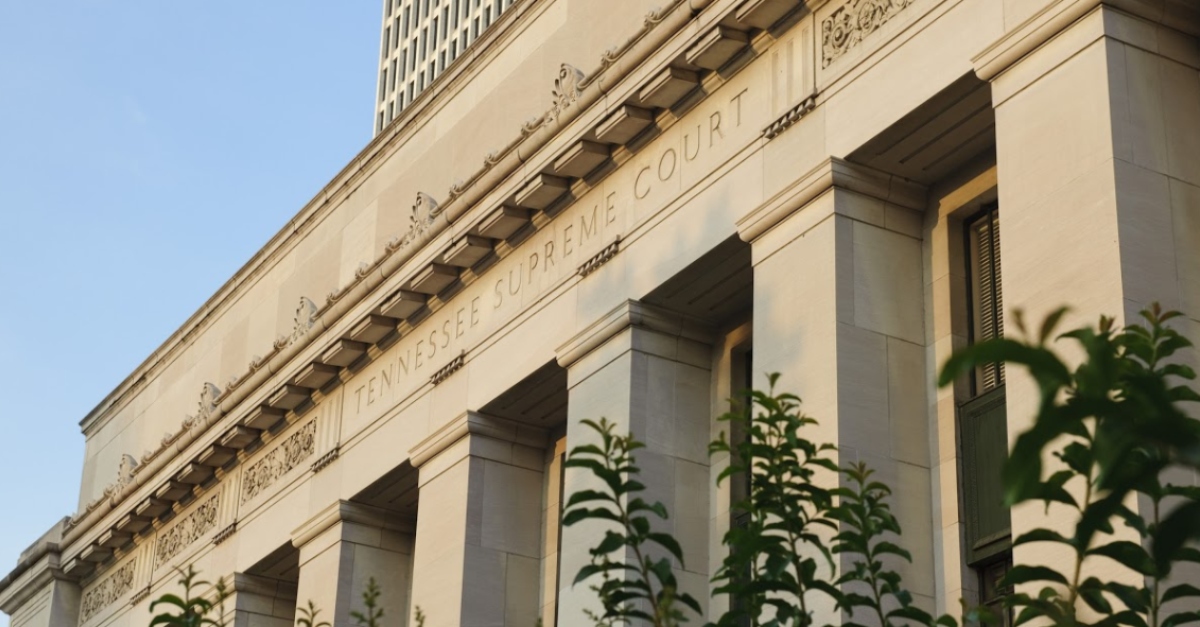 The career of a Tennessee attorney just received a dent from the state’s Supreme Court after he gave a woman advice on how to legally kill her ex. Winston Bradshaw Sitton says that the full context was not considered. Justices don’t buy it, saying in a majority opinion that the Board of Professional Responsibility hearing panel did not stand in the way of him introducing evidence.

Trouble stemmed from comments he wrote to a Facebook friend, who was a woman experiencing serious issues with the father of her child. According to the court’s ruling, Sitton was not her attorney, but knew about “allegations of abuse, harassment, violations of child custody arrangement, and requests for orders of protection.”

It was a bad scene. According to the ruling, Sitton got involved when the woman wrote on Facebook to her general audience, “I need to always carry my gun with me now, don’t I? Is it legal to carry in TN in your car without paying the damn state?”

Sitton did not just answer her question directly. He detailed increasingly specific ways in which the woman may defend herself from her ex. From the ruling:

I have a carry permit Lauren. The problem is that if you pull your gun, you must use it. I am afraid that, with your volatile relationship with your baby’s daddy, you will kill your ex _ your son’s father. Better to get a taser or a canister of tear gas. Effective but not deadly. If you get a shot gun, fill the first couple rounds with rock salt, the second couple with bird shot, then load for bear.

If you want to kill him, then lure him into your house and claim he broke in with intent to do you bodily harm and that you feared for your life. Even with the new stand your ground law, the castle doctrine is a far safer basis for use of deadly force.

The woman responded “I wish he would try.” Sitton in response told her to “keep mum” if she was in any way serious about it.

“Delete this thread and keep quiet,” he wrote, according to the ruling. “Your defense is that you are afraid for your life _ revenge or premeditation of any sort will be used against you at trial.”

The woman did delete her post, which in turn took out the associated comments, justices wrote. But the ex in question managed to report screenshots of the exchange.

According to justices, Sitton construed his comments as “sarcasm” or “dark humor.” In a post to his law firm’s Facebook account, he insisted he meant nothing untoward with his earlier post. He reiterated he was taken out of context.

“My intent in the offensive exchange, manifest in the context of the complete correspondence never considered as evidence, was to emphasize the peril inherent in carrying a firearm without adequate training; as well as to underscore the additional danger that her extensive discussion of self-defense might be misconstrued to have a malign intent and used against her in ongoing litigation with her abuser,” he wrote.

The hearing panel that examined his case believed Sitton really did want to help the woman. They did not believe he was being darkly funny, however. From the court’s ruling:

The hearing panel recommended that Sitton’s license be suspended for 60 days. The Tennessee Supreme Court reviewed the decision as a matter of course, but decided that the proposed punishment did not seem to be enough under the rules. Now he is suspended for four years from practicing law, with one year to be served under an active suspension, and the rest on probation.