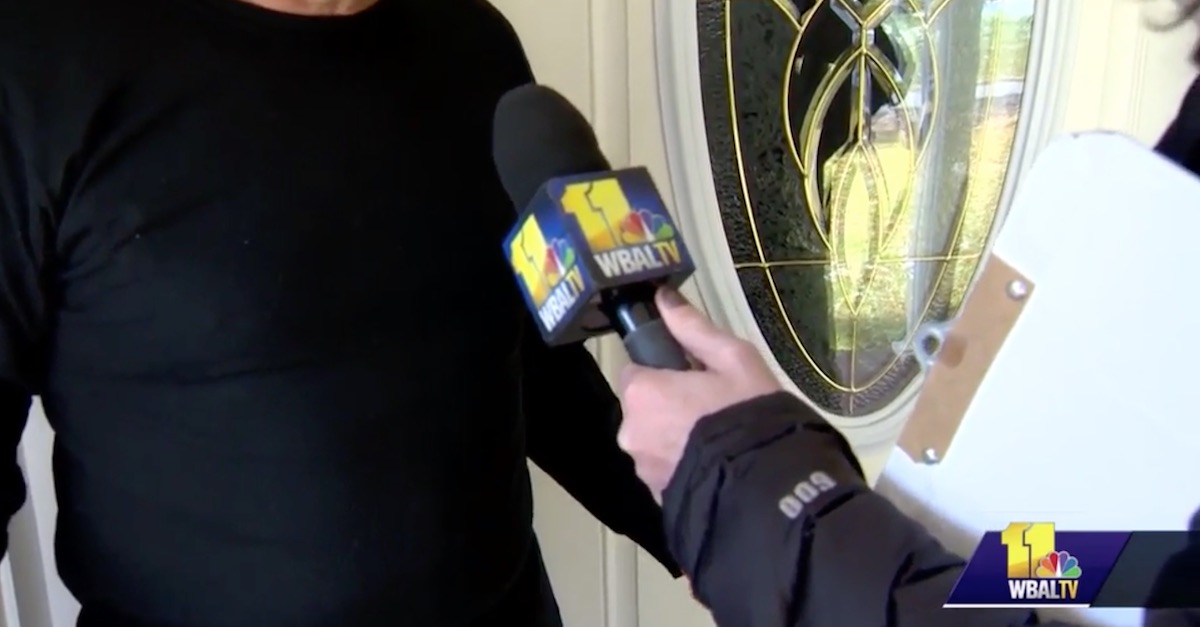 A Maryland man who yelled “Heil Hitler, Heil Trump” at a Wednesday “Fiddler on the Roof” performance at the Hippodrome Theatre in Baltimore, scaring some audience members into thinking an anti-Semitic mass shooting was a real possibility, has tearfully apologized.

Although 58-year-old Tony Derlunas was initially assumed by some to be a neo-Nazi yelling threats, he has revealed himself to be anti-Donald Trump. Derlunas, in an interview with WBAL-TV, declined to show his face and said he was sorry for his “stupidity.”

“I just want everybody to know I am sincerely sorry. I opened my mouth and it was so wrong, and I know that now,” he said. “In the moment, it was just my frustration. I don’t know what I was thinking. I am so ashamed. My heart goes out to all those that I ruined their night, to everybody that was affected by my stupidity.”

Sick, sad world. A man stands at intermission of tonight’s performance of Fiddler in Baltimore and yells, “Heil Hitler,” along with pro-Trump references. pic.twitter.com/slDcPwF7re

People have compared the outburst to yelling “fire” in a crowded movie theater and causing panic — that is, uttering speech that is not protected by the First Amendment.

As Law&Crime’s Ronn Blitzer noted, “The anti-Semitic nature of the exclamation caused alarm during the staging of the show about a Jewish family facing persecution in Russia in 1905, particularly after the recent synagogue shooting in Pittsburgh that claimed 11 lives.”

“I’m so embarrassed and ashamed and disgusted with myself. I didn’t think at the time about my frustrations with President Trump and I was trying to compare Trump to Hitler because he plays into the fears of people and it just came out wrong,” he said. “I didn’t mean anything like that, but I realize now how it came off and how it scared those people. I’m so sorry.”

The yelling was alarming enough that a person called 911. Derlunas was promptly escorted out of the theater and will not be allowed back. He earned a lifetime ban.

Derlunas reportedly told police he was drinking heavily that night and claimed this played a role in the outburst.