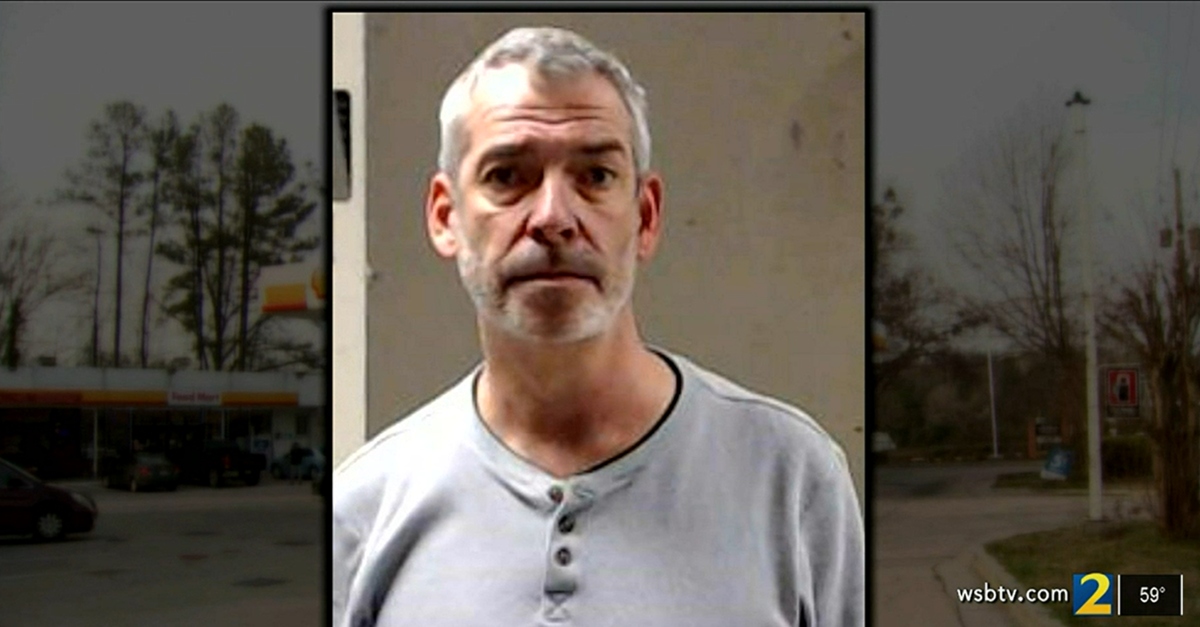 A man in Dunwoody, Georgia allegedly pulled a gun on a couple after getting mad about waiting in line at a gas station, and telling the husband to “Speak English.” The defendant was identified as Daniel Murphy, 49, according to WSB-TV.

The couple spoke to the outlet on condition of anonymity. They said back on January 23, they went to a Shell Station for drinks. The husband waited in line. A man identified as Murphy got mad waiting behind him.

The husband said the man pushed him and grabbed his bag.

Murphy allegedly told the husband to “Speak English,” according to the incident report obtained by WSB-TV. The defendant is accused of grabbing a gun from his truck. He shoved the wife, pinned the husband against a vehicle, and held the firearm against the man’s head. He allegedly threatened to kill him.

The couple describes this attack as unprovoked, with the wife saying the gun was pulled on them for “no apparent reason.”

Murphy allegedly smashed the passenger-side window of their car before fleeing the scene, but witnesses noted his license plate number. The defendant, who was arrested at home, allegedly apologized for “causing a ruckus.”

“You shouldn’t be that quick and that aggressive, especially when you get to go back to your nice home and your nice job and work with customers like us,” the wife said. “So maybe he needs to think about that. Everybody just needs to calm down and understand and treat each one with compassion.”

Now Murphy faces charges including aggravated assault, and criminal damage to property. It is unclear if he has an attorney in this matter.