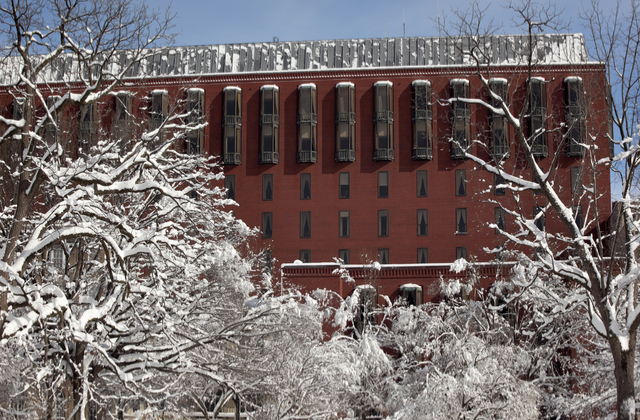 The U.S. Court of Appeals for the Federal Circuit today spilled four pages of ink analyzing whether the ‘F’-word and a derivation of it are offensive.

Yes, there’s nothing better than a well-crafted judicial opinion which mixes phrases such as “more than a mere scintilla” with the following moral tutelage:  “[i]t is undisputed that the word ‘f–k’ is vulgar.” The court went on to describe the ‘F’-word as “taboo,” “one of the most offensive” English words, “almost universally considered vulgar,” and an “extremely offensive expression,” according to a series of quoted dictionaries.

Later, the court said a similarly-spelled version of the ‘F’-word, which just happens to be a homophone of the word we are told we cannot say (obligatory link to George Carlin here), carries “an unmistakable aura of negative sexual connotations.”

The court had to undertake this exercise in profanity gymnastics to decide whether or not clothing designer Erik Brunetti should be able to register a trademark using a variant of the ‘F’-word. Hysterically, the designer apparently claimed at one point that the word he was trying to trademark was “chosen as an invented or coined term for ‘Friends yoU Can’t Trust,'” which the court found “stretched credulity . . . given the contradictory record” before the trademark office.

The court ultimately ruled that while the attempted trademark was vulgar, the rules which prevent immoral or scandalous trademarks are unconstitutional restrictions on free speech, but added, perhaps unconvincingly:  “[w]e find the use of such marks in commerce discomforting, and are not eager to see a proliferation of such marks in the marketplace.”

What’s interesting about the decision is that the court reasoned that since other vulgar forms of expression, such as song lyrics, are able to obtain copyright protection, that trademark protection should also be allowed for vulgar expressions. Copyright laws protect owners of intellectual property against others who copy without permission, while trademark laws are consumer protection laws which seek to help consumers identify the source of goods for quality, consistency, taste, etc. Does the ‘F’-word really help consumers determine who produced the products they want to buy? The court glossed that analysis by saying, “although trademarks serve a commercial purpose as source identifiers in the marketplace, the disparagement provision of [the law is] related to the expressive character of marks, not their commercial purpose,” and therefore is subject to free speech analyses.