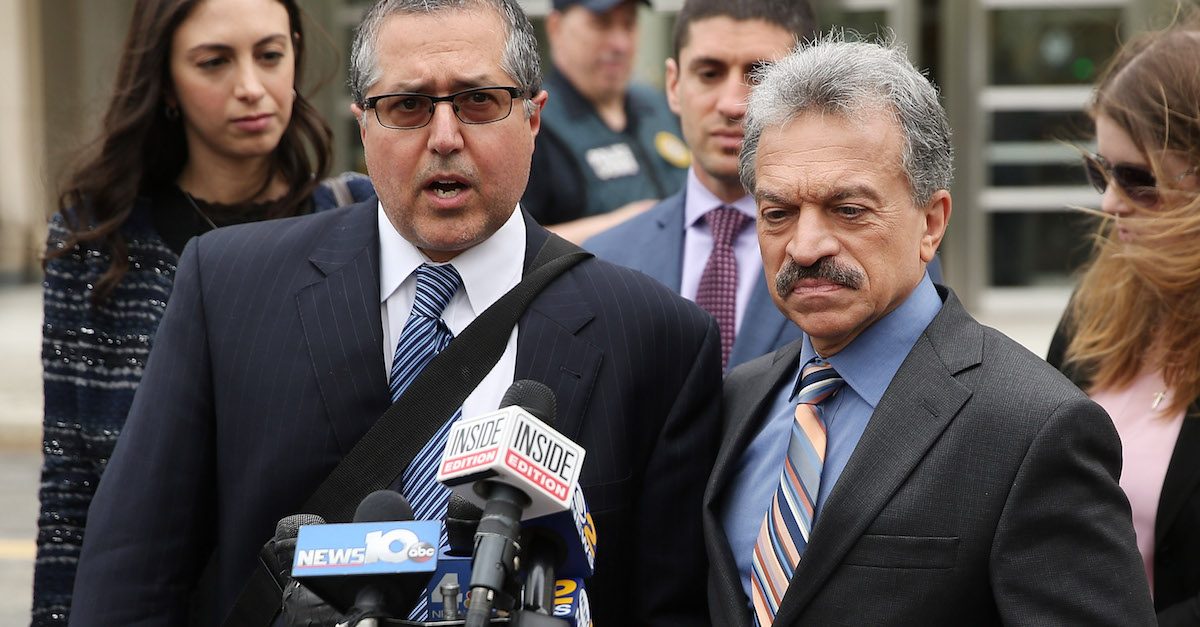 A Seagram’s liquor heiress is reportedly one of four women who have been arrested for their alleged involvement in the NXIVM (nex-ee-um) sex cult.

Long-time funder of NXIVM, Clare Bronfman, group co-founder Nancy Salzman, Salzman’s daughter Lauren and bookkeeper Kathy Russel have all been arrested, the New York Post reported on Tuesday. It was said that it is expected that the four women will be arraigned on racketeering conspiracy charges.

“NXIVM was not a criminal enterprise but instead was an organization that helped thousands of people,” she said.

As Law&Crime reported previously, “Smallville” actress Allison Mack and NXIVM leader Keith Raniere, also at the center of the probe, have denied allegations of sex slavery.

Mack and Raniere were hit with sex trafficking, conspiracy, and forced labor charges in the Eastern District of New York. Federal prosecutors alleged that Mack lured women into the group, who in turn became sex slaves for Raniere through “force, threats of force, fraud, and coercion.” The allegations also include charges of “commercial sex acts.” Prosecutors accused Raniere of having “a rotating group of 15 to 20 women” as part of a harem.

Raniere’s defense attorney Paul DerOhannesian said in May, “It’s still the United States of America, and adults can engage in sexual relationships if they consent to them.”

“I think what you’re going to see is these were consenting adults who knew what they were doing and approved of it – and I think that’s at the core of the sexual allegation in this matter,” he said.

NXIVM billed itself as a self-help and mentoring organization. In online videos (which we previously analyzed here), Mack described working for suspected NXIVM subgroup Jness as “the most gratifying thing I’ve ever done.”

A statement on the NXIVM website said a couple months back that the organization was “working with the authorities to demonstrate [Raniere’s] innocence and true character.” The group criticized the press for its “apparent disregard” of Raniere’s presumption of innocence. Elsewhere on the site, the group described itself as “a company whose mission is to raise human awareness, foster an ethical humanitarian civilization, and celebrate what it means to be human.”

Bronfman has denied allegations that she was aware of sexual abuse. She also addressed the situation more than a year ago in a letter on her website:

The past few months have been deeply painful for me, as I have seen my friends, associates, and the organization I care for come under fire. Some have asked me why I remain a member and why I still support NXIVM and Keith Raniere. The answer is simple: I’ve seen so much good come from both our programs and from Keith himself. It would be a tragedy to lose the innovative and transformational ideas and tools that continue to improve the lives of so many.

There have been many defamatory accusations made and I have taken them seriously. Determining the truth is extremely important to me, and I can say firmly that neither NXIVM nor Keith have abused or coerced anyone.

I retired from a very successful career as a professional show-jumper because I wanted to do something more meaningful with my life. NXIVM is that. As I said, the programs help. I am happy, healthy and financially more successful than I have ever been. I frequently hear and witness stories of individuals improving relationships with loved ones, achieving business goals they never imagined, and overcoming some of the most debilitating conditions, amongst other things.

My experience with Keith is no different. I have witnessed his kindness even in the hardest of times, I have seen world leaders, business leaders, doctors and others seek his counsel on some of the hardest topics and I am inspired by the humility and compassion with which he approaches them all. I know him to be a man dedicated to the betterment of the lives of others, and most importantly for me, he is a dear friend who has and continues to help me through the difficult decisions and painful moments in my life, including my father’s illness and eventual death.

Lastly, while I am not and never have been a member of the sorority, I was reassured to hear from one of the leading forensic psychiatrists in the country, and additionally ex-law enforcement investigators of over thirty years, conclude that the sorority has not coerced nor abused anyone. In fact, the sorority has truly benefited the lives of its members, and does so freely. I find no fault in a group of women (or men for that matter) freely taking a vow of loyalty and friendship with one another to feel safe while pushing back against the fears that have stifled their personal and professional growth. It’s not for any of us to judge how they, or anyone else, choose to advance their lives and values.