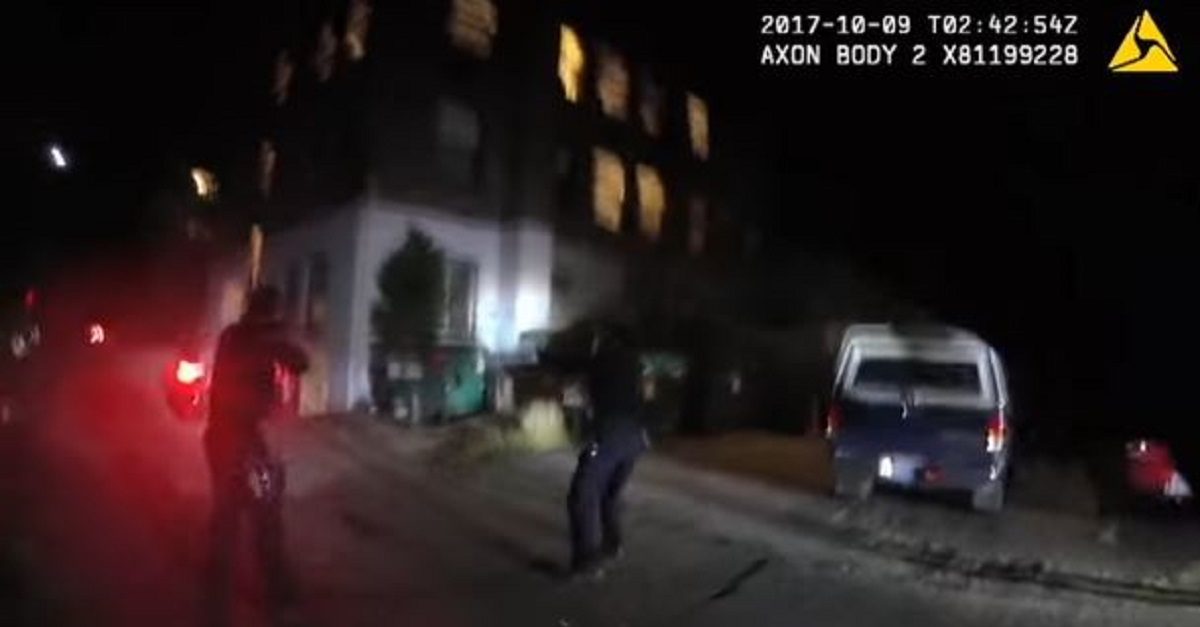 Two Seattle police officers who unleashed a barrage of gunshots at a fleeing car last year, wounding the driver and a passenger, have been fired after a lengthy internal investigation, reports the Seattle Times. In strongly worded disciplinary reports released Monday, Interim Police Chief Carmen Best found that officers Kenneth Martin and Tabitha Sexton recklessly fired at the stolen car after failing to follow department policies. “Police officers have immense responsibilities and wide-ranging potential to impact the lives of the public,” Best wrote to each officer. “It’s our central mission to keep the public safe. Your actions and decisions did the opposite: they created a deadly force situation that unnecessarily threatened public safety.”