Republican State Rep. and Substitute Teacher Arrested for Allegedly Kneeing Boy in Crotch During Religious Rant: ‘Check His Nuts for Him, Please?’ 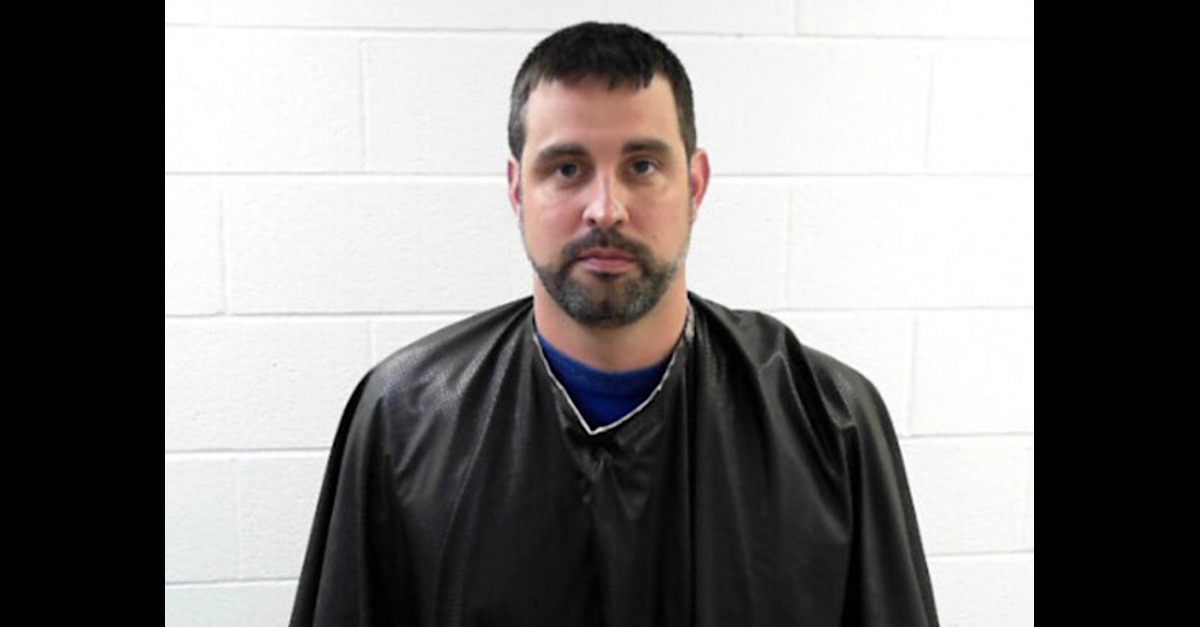 A Republican state legislator in Kansas was arrested on Thursday after allegedly kneeing a boy in the crotch while substitute teaching amidst a series of religious-based rants directed at his students.

According to The Kansas City Star, Rep. Mark Samsel, 36, who represents the City of Wellsville in the Sunflower State’s legislature, was charged with misdemeanor battery and booked into the Franklin County Adult Detention Center. He has since posted $1,000 bond and issued a series of social media posts to defend himself.

The Star reviewed many of those videos — some of which are being shared on social media. In one such video, Samsel tells the class about “a sophomore who’s tried killing himself three times” allegedly because “he has two parents and they’re both females.”

He’s a foster kid. His alternatives in life were having no parents or foster care parents who are gay. How do you think I’m going to feel if he commits suicide? Awful.

“[M]ake babies,” Samsel instructs the students in another video shared with the outlet by students’ parents. “Who likes making babies? That feels good, doesn’t it? Procreate . . . you haven’t masturbated? Don’t answer that question . . . God already knows.”

One male student reportedly received the brunt of Samsel’s attention during those tirades, however, leading up to the lawmaker’s arrest.

The Star report by Sarah Ritter and Jonathan Shorman notes:

Parents told the outlet that Samsel “put hands on the student” and kneed him in the crotch. A video apparently recorded just after the attack shows the student on the ground while Samsel stands above him and asks “did it hurt?”

Samsel also allegedly forced students to go outside, hold hands, and run laps as punishment for some sort of religious infraction.

“Every little bit of it,” he said in a Snapchat post. “That’s right. The kids and I planned ALL this to SEND A MESSAGE about art, mental health, teenage suicide, how we treat our educators and one another. To who? Parents. And grandparents. And all of Wellsville.”

“I went to jail for battery,” Samsel continued. “Does that really make me a criminal? Time will tell.”

“[W]e immediately began an investigation and, as part of that investigation, contacted the appropriate agencies,” Bradbury said on Friday.

“We want to be transparent but privacy laws prevent us from doing that in this case,” Bradbury said. “But I can say the substitute teacher involved in this incident is not and will not be returning.”