Jack Burkman Was Shot in the Butt Twice | Law & Crime 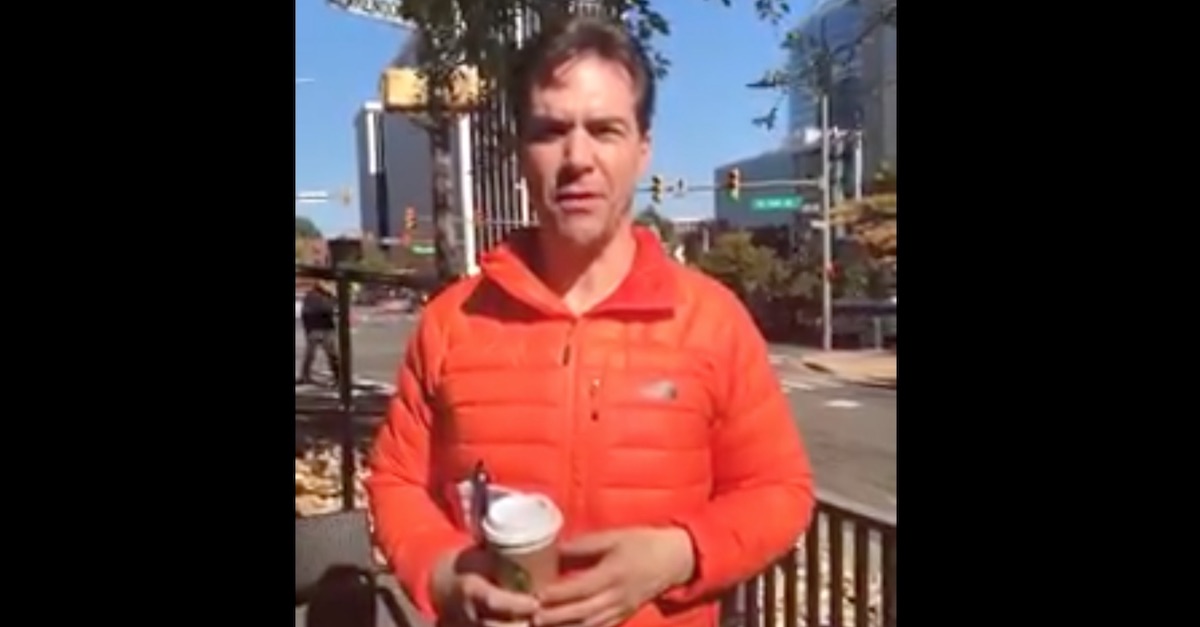 Jack Burkman, the Seth Rich conspiracy theorist and pro-Trump activist behind discredited sexual assault allegations against Special Counsel Robert Mueller, reportedly got shot in the butt twice and the bullets are still lodged in there.

Burkman was previously involved in a Seth Rich investigation with 46-year-old Kevin Doherty, but went things went south Doherty ended up shooting Burkman with a rifle twice in the rear end.

According to the Washington Post, Doherty was sentenced Monday for maliciously wounding Burkman after they had a “serious falling out.” The former Marine was previously hired by Burkman to build a psychological profile of Seth Rich’s killer. Burkman fired Doherty in July, they had a “falling out,” and Doherty retaliated by posing as a person with information “detrimental to the FBI.”

Burkman paid out $15,000 for this and met Doherty to get the documents. Doherty then shot him in the butt twice as Burkman attempted to retrieve the documents. Burkman reportedly had a broken arm and still has two bullets lodged in his rear end because they were too dangerous to remove.

Doherty was sentenced to 23 years in prison with 14 of those years suspended. He must also pay Burkman restitution with interest. To give you an idea of how premeditated this was, prosecutors produced evidence that Doherty searched online how to use a fuel filter as a silencer.

As mentioned above, Burkman was previously involved in false allegations of sexual misconduct against Robert Mueller. Burkman infamously announced in a Facebook Live video that he had “Some sad news.”

“On Thursday, November 1, at the Rosslyn Holiday Inn at noon, we will reveal the first of Special Counsel Robert Mueller’s sex assault victims,” he said. “I applaud the courage and dignity and grace and strength of my client.”

“This isn’t something I take any delight in,” he added.

There was a press conference, but a big reveal never happened as the accuser did not appear, and the scheme was referred to the FBI.

“When we learned last week of allegations that women were offered money to make false claims about the Special Counsel, we immediately referred the matter to the FBI for investigation,” the special counsel’s office said.