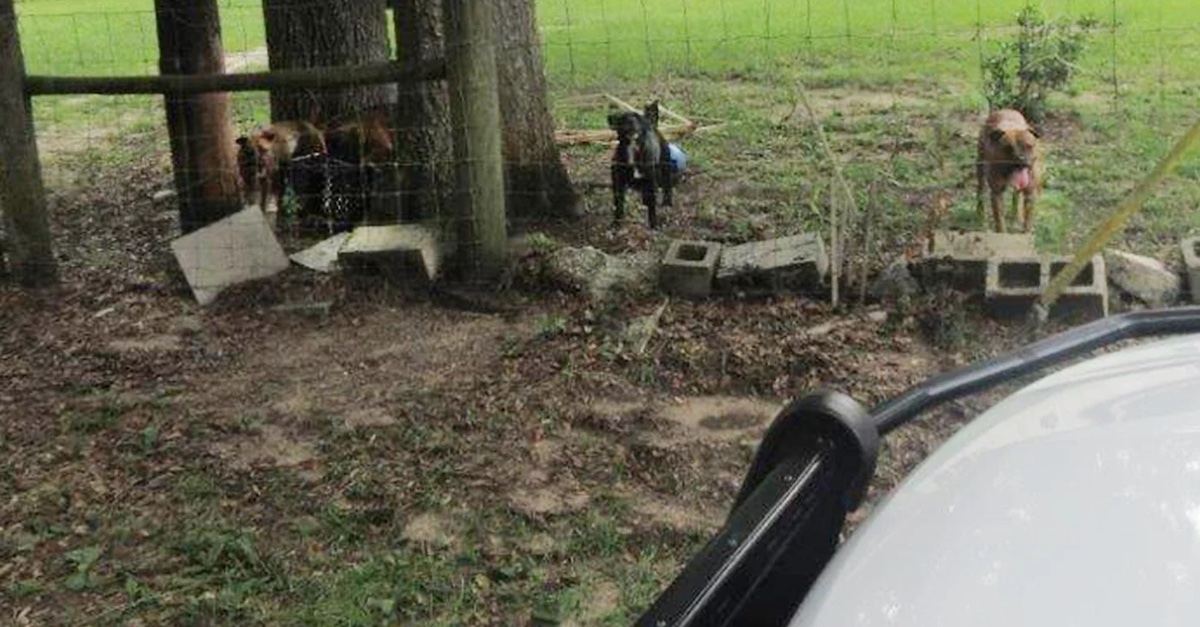 A 61-year-old postal worker was fatally mauled by five dogs after her delivery vehicle broke down Sunday afternoon in Putnam County, Florida. Authorities said that the dogs escaped from their owner’s property and began mauling Pamela Jane Rock, even ignoring warning shots.

The Putnam County Sheriff’s Office said in a press release that the deadly attack took place in the Interlachen Lake Estates area, near the 2000 block of Walker Drive.

“Witnesses told deputies they heard a woman scream for help and when they went outside they saw her on the ground with five dogs attacking. Witnesses said several neighbors rushed to help by attempting to pull the dogs off and one neighbor shot a rifle into the ground to scare the animals,” the sheriff’s office said.

The animals were secured and no longer attacking the victim by the time law enforcement arrived, but Rock’s wounds were not survivable. She died the next night.

“Deputies immediately provided first aid to Ms. Rock, including applying tourniquets until rescue units arrived,” the press release said. “Ms. Rock was taken to HCA Florida Putnam Hospital and then [flown] to a trauma center in Gainesville. She remained in critical condition until her death.”

REST IN PEACE: The Florida postal worker who was killed by a pack of five dogs after her delivery truck broke down on Sunday was identified as Pamela Jane Rock, 61. https://t.co/K8pTnGNR8W pic.twitter.com/oG7J8TspMz

Citing a niece, First Coast News reported that one of Rock’s arms was amputated before she died.

“And they had her other limbs in slings trying to save them, her heart stopped twice and her blood pressure was all over the place,” Rock’s niece reportedly said.

The niece also reportedly demanded answers as to how the dogs were able to escape. She noted that her loved one had just started the job in December.

“They were negligent in the care of their animals,” she reportedly said of the dogs’ owners. “They did not just attack her, they were ripping her apart.”

“The investigation is very active at this point. We are in frequent communications with the State Attorney’s Office, as we explore our options as far as possible criminal cases as this case continues,” Wells said.

Wells said that the attacking dogs, described as mixed breed, were undeterred by a neighbor who grabbed a firearm and fired warning shots.

“Several neighbors, including the owners of the animals, had responded to the lady’s call for assistance and immediately went into the street to help,” he said. “One of the neighbors even brought his firearm along and fired several shots into the air and into the ground in an attempt to disrupt the attack.”

“That was unsuccessful,” Wells said of the warning shots. The neighbors and the dogs’ owner ultimately had to physically remove the animals from the victim, Wells said.

The sheriff’s office said that it was not the first time they were called about the dogs since January.

Authorities said the dogs were taken into the custody of Animal Control and will be euthanized.

“A postal family member lost her life in a dog bite attack. The US Postal Service is deeply saddened at the loss of our employee,” a U.S. Postal Service spokesperson reportedly said in a statement in response to Rock’s death. “Our thoughts and prayers are with her family and her co-workers at this time.”