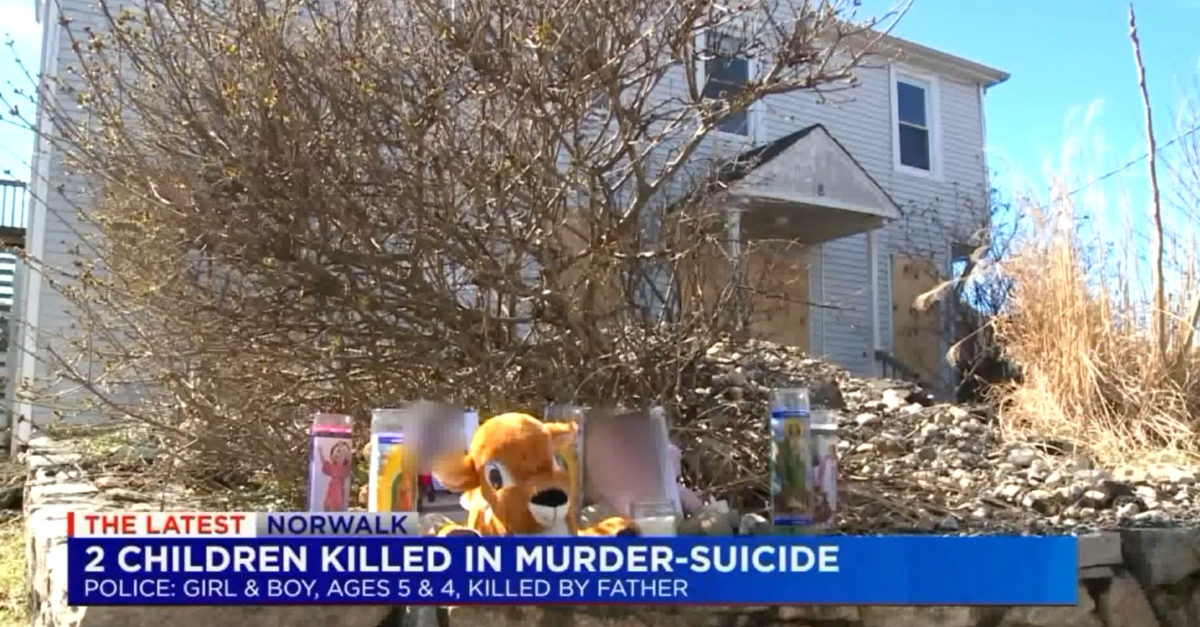 Property where the bodies were found.

A medical examiner’s office in Connecticut have released an official cause of death in the suspected murder-suicide of a father and his two young children. They each died from a hanging, officials said in a Daily Voice report.

“Thus far this case is classified as a double-murder suicide with the children being the murder victims,” Norwalk Police Lt. Jared Zwickler said.

Victims Gessell Moncada, 5, and her brother Jesus Moncada, 4, were found dead with their father and alleged killer Yimi Moncada, 27, in a detached garage on property belonging to a relative, cops said.

The @NorwalkCtPD have blocked off a street near the PD after the discovery of three dead people in a garage, detached from a home. More details to come from a police spokesperson shortly. @FOX61News pic.twitter.com/pL5K2baJxc

The suspect and the children’s mother weren’t in a relationship. The elder Moncada was supposed to bring the kids back to their mom by 8 p.m. on Sunday. Lt. Zwickler said that cops got a 911 call that night at about 11 p.m., regarding the suspect not bringing back the kids to their mom; this violated a custody agreement. The caller reported receiving a text from Moncada around 8 p.m., in which he stated he’d be bringing the kids home, cops said.

Investigators said they contacted the suspect’s mother, who claimed to have last seen the children at about 7:40 p.m. Cops said their calls to the suspect went to voicemail.

Officers said they were called to a home Monday morning. There, they found the kids and their father hanging in a garage. The medical examiner’s office determined that Yimi Moncada died by suicide (hanging), and that the kids died from ligature compression of the neck. The children’s deaths were declared homicides.

This case remains under investigation.