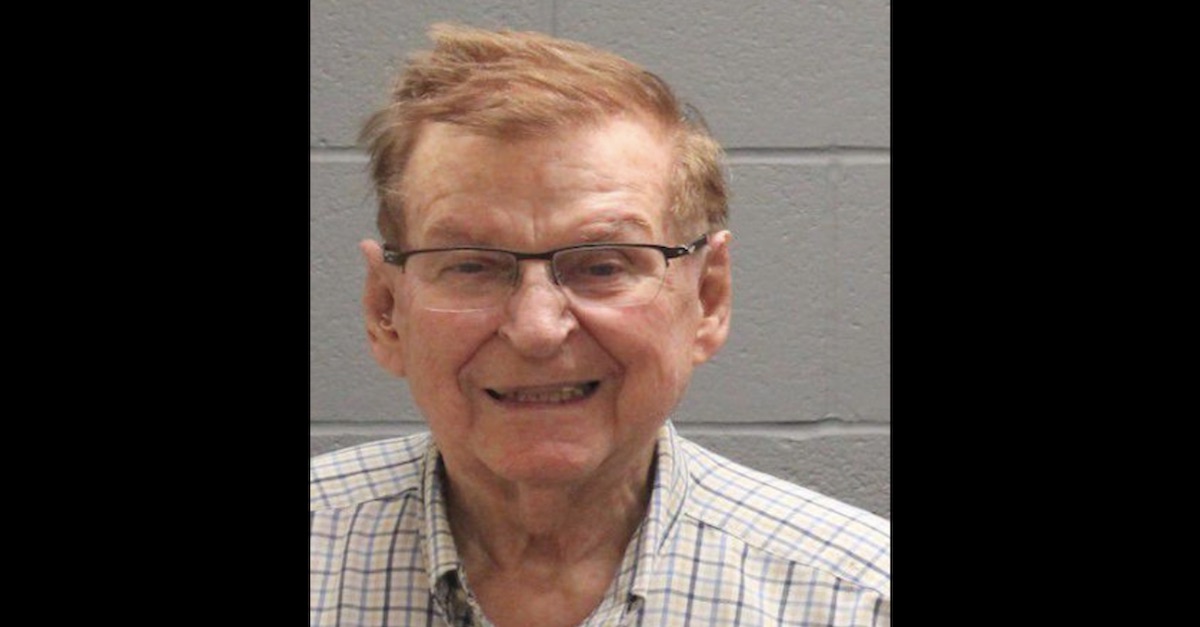 An 88-year-old Connecticut man was arrested Monday after allegedly showing up at his nephew’s place of employment with a gun and telling employees that he planned on shooting him.

Daniel Cashman of Waterbury, Connecticut was arrested by Watertown Police and charged with first-degree threatening and breach of peace.

According to FOX 61, police say that Cashman arrived at Stonybrook Construction at approximately 2:30 pm asking if he could see his nephew. Stonybrook employees told police that Cashman flashed what appeared to be a police badge and came strapped with a handgun visibly holstered on his hip.

Employees told police that Cashman, who began tapping the gun on his hip, then proceeded to say that because his nephew had recently stolen some of his personal belongings and damaged his cuckoo clock, Cashman planned on shooting him. Police said Cashman also explained to the employees that he was only planning on shooting his nephew in the leg and did not plan on killing him.

Cashman was told that his nephew was not in the building at the time, at which point police said he thanked the employees for their time and promised he would return the next day.

Stonybrook employees also confirmed to police that Cashman never unholstered his gun and appeared to be “confused and nonsensical” throughout the encounter.

Police later arrested Cashman at his home in Waterbury on Monday, at which point he voluntarily surrendered his valid Connecticut pistol permit.

Cashman’s firearm was seized later that day when detectives executed a search and seizure warrant the gun, according to local news outlet WFSB 3. Cashman was released on a $5,000 non-surety bond and was scheduled to appear before a judge on Tuesday.