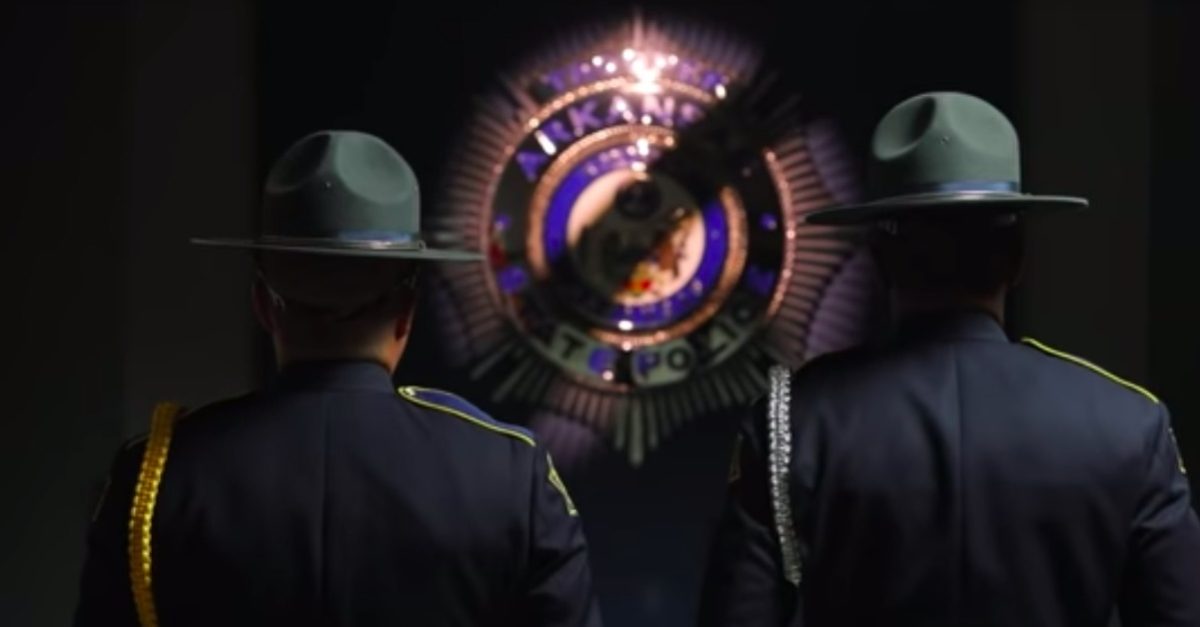 A federal court on Monday ruled to uphold a lower court’s decision denying qualified immunity for a state trooper accused of unlawfully arresting a motorist, allowing the case against him to move forward. What did that motorist do? While driving past the trooper as he ticketed another person, the motorist yelled “fuck you.”

Following his arrest, Thurairajah spent several hours in jail before being released and having all of the charges against him dropped. Thurairajah then filed a lawsuit against Cross, alleging violations of 1) his First Amendment right to be free from retaliation against lawfully protected speech and 2) his Fourth Amendment right to be free from unreasonable search and seizure.

Cross moved to have the case against him dismissed, arguing that he was entitled to qualified immunity, a legal doctrine which shields government officials from civil liability for actions performed within their official capacity — unless those actions violate “clearly established” constitutional rights.

The court ruled that Thurairajah’s case against Cross will be allowed to move forward, reasoning that both Thurairajah’s Fourth and First Amendment rights were violated.

In discussing Fourth Amendment rights, the court reasoned that while Thurairajah’s shout may have been offensive, it was neither unreasonable nor excessive in light of Arkansas’ disorderly conduct statute (which does not account for the content of one’s speech and only penalizes excessive or unreasonable noise).

In discussing Thurairajah’s First Amendment rights, the court said that criticizing a government official, even with profanity, is an example of constitutionally protected speech and one cannot be retaliated against for engaging in such speech.

Finally, in denying Cross’s request for qualified immunity, the court said that the “law is settled that as a general matter the First Amendment prohibits government officials from subjecting an individual to retaliatory actions  […] for speaking out.”