Passenger Threw Fit Over Canceled Flight, Punched White Man Who Told Him to ‘Shut His Black Ass Up’: Deputies 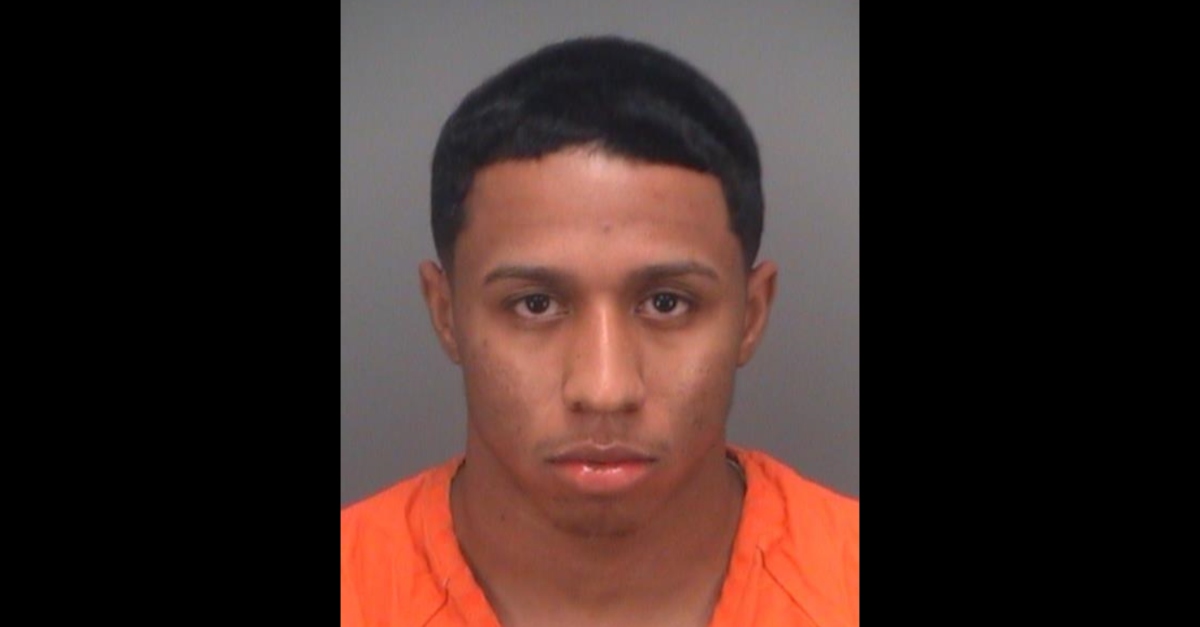 A man in Clearwater, Florida is accused of attacking another after a canceled flight. Efren Coree Dawson, 20, is charged with simple battery, online records show.

Pinellas County deputies say this all happened at the St. Pete-Clearwater Intentional Airport on Saturday night, according to the arrest affidavit obtained by Law&Crime. Investigators said an Allegiant Air flight to Virginia was canceled. Dawson allegedly became mad about this, got loud, and cursed. Children were in the area, however, according to this story. The victim–another man–told him to “shut his Black ass up,” deputies said. Dawson’s alleged response was to hit him in the face, causing the man’s nose to bleed and his left eye to swell.

The affidavit describes the defendant as Black.

Here’s how deputies detailed the incident in the affidavit.

THIS [simple battery] WAS THE RESULT OF A CANCELLED FLIGHT AT THE AIRPORT IN WHICH DEF WAS UPSET ABOUT AND BEING LOUD AND USING PROFANITY IN FRONT OF CROWD INCLUDING CHILDREN. [The victim] TOLD DEF TO SHUT HIS BLACK ASS UP. DEF THEN STUCK VICTIM IN FACE CAUSING INJURIES. BOTH VICTIM AND DEF WERE TO BE TRAVELING ON ALLEGIANT FLIGHT TO VA.

Records viewed by Law&Crime show that Dawson was booked into the Pinellas County jail on Saturday night for a count of simple battery, a misdemeanor. He posted a $500 bond. No attorney of record is named.