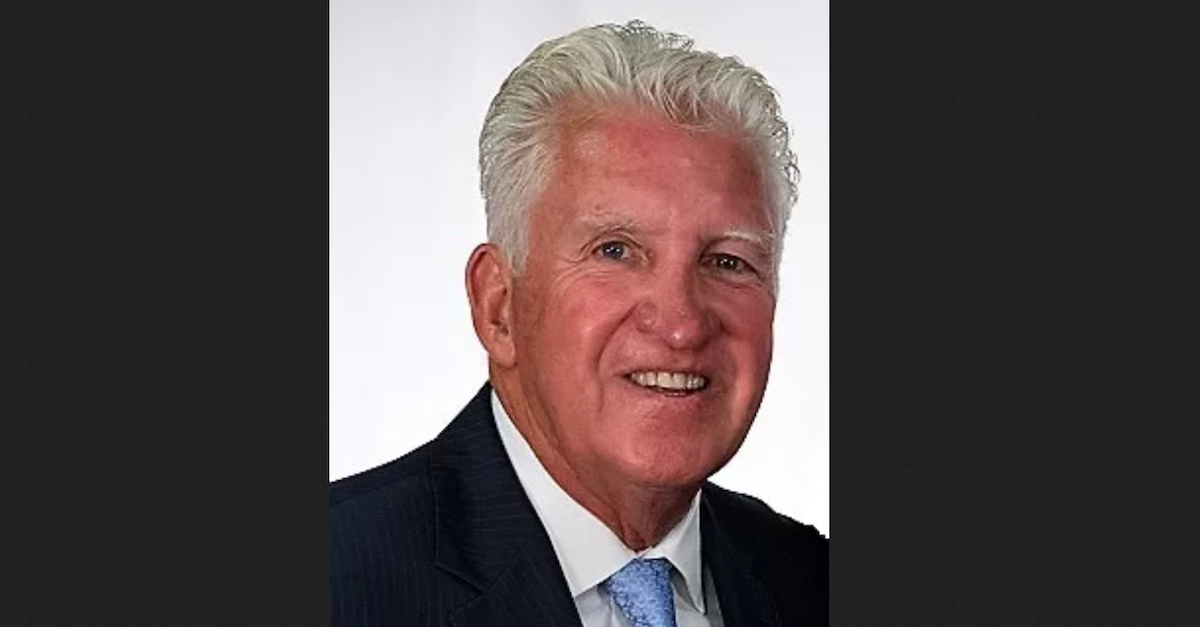 “The evidence of his guilt is overwhelming, captured on both audio and video recordings and wiretaps on his phone,” Assistant U.S. Attorney Jason Swergold wrote, in a letter first reported by the New York Daily News.

The former president of the New York State Building and Construction Trades Council, Cahill was the first of 11 officials from the Local 638 of the Enterprise Association of Steamfitters indicted in October with scheming to accept more than $100,000, spread over more than a dozen bribes, to influence the construction industry at the expense of labor unions and their members.

Following his arrest on Sept. 30, Cahill agreed to a $500,000 bond plus home detention, travel restrictions and other provisions designed to guarantee his presence at trial. Chafing at house arrest, Cahill wants to replace it with a curfew, but prosecutors claim that this change would endanger the community.

Prosecutors say that Cahill has been taped bragging that he is the “last of the Westies,” a Irish-American crime family based on the West Side of Manhattan.

“Its former leader, James Coonan, was prosecuted and convicted in this District in or about 1988 for a number of racketeering-related crimes, including murder and extortion, which arose in part from an alliance with the Gambino Crime Family,” their letter states. “Cahill’s brother, Mickey Cahill, was an identified member of the ‘Westies.'”

On March 13 of this year, prosecutors claim, James Cahill told a confidential source who gave him a $3,000 bribe: “John [Gotti, former boss of the Gambino Crime Family] was like this [crossing his fingers] with my brother and brother-in-law and this guy, Bosko. That was his crew. That was his Irish crew.”

Prosecutors say that Cahill’s brother-in-law referred to here is Buddy Leahy, and the former head of the Westies is Bosko Radonjic.

Cahill also allegedly boasted that his brother was “very tight” with Mileta Miljanic, who is believed to be the leader of a Serbian organized crime family called Group America. In an exposé this past September, the Sarejevo-based investigative journalism collective Organized Crime and Corruption Reporting Project suggested the Serbian drug gang got their name from their possible CIA connections. Federal prosecutors refused to confirm or deny those ties at the time, but in the closest the U.S. government has come to a formal acknowledgement, they cited that article in a footnote to the letter opposing easing Cahill’s restrictions. Cahill has described Group America as a “mass murdering crew,” according to the letter.

“As made clear in these recordings, Cahill has deep ties to leading members of organized crime who are known to engage in acts of violence and intimidation, which poses a threat to potential witnesses in this case, especially were Cahill able to go anywhere and meet with anyone without any real ability by Pretrial Services to monitor his movements,” the letter continues.

Since his indictment in October, Cahill’s prosecution has proved to be an embarrassment to New York’s governor, who called him “such a good friend to me and my entire family” in a speech before the Building & Construction Trades Council of Greater New York’s Winter Conference in 2017.

Cuomo’s office did not immediately respond to an email requesting comment.

Prosecutors said that Percoco described bribes as “ziti,” in a reference to the HBO series The Sopranos, resulting in a stream of embarrassing headlines for an Italian-American governor who has long bristled at mafia stereotypes.

Cuomo handily won re-election following Percoco’s conviction, but the latest prosecution comes at another politically sensitive time for the governor, who was reportedly under consideration for a high-profile cabinet post in President-elect Joe Biden’s administration: Attorney General of the United States. Cuomo later denied interest in the job, and speculation surrounding him appears to have fallen by the wayside as the names of other candidates like Judge Merrick Garland and outgoing Sen. Doug Jones, an Alabama Democrat, capture increasing attention.