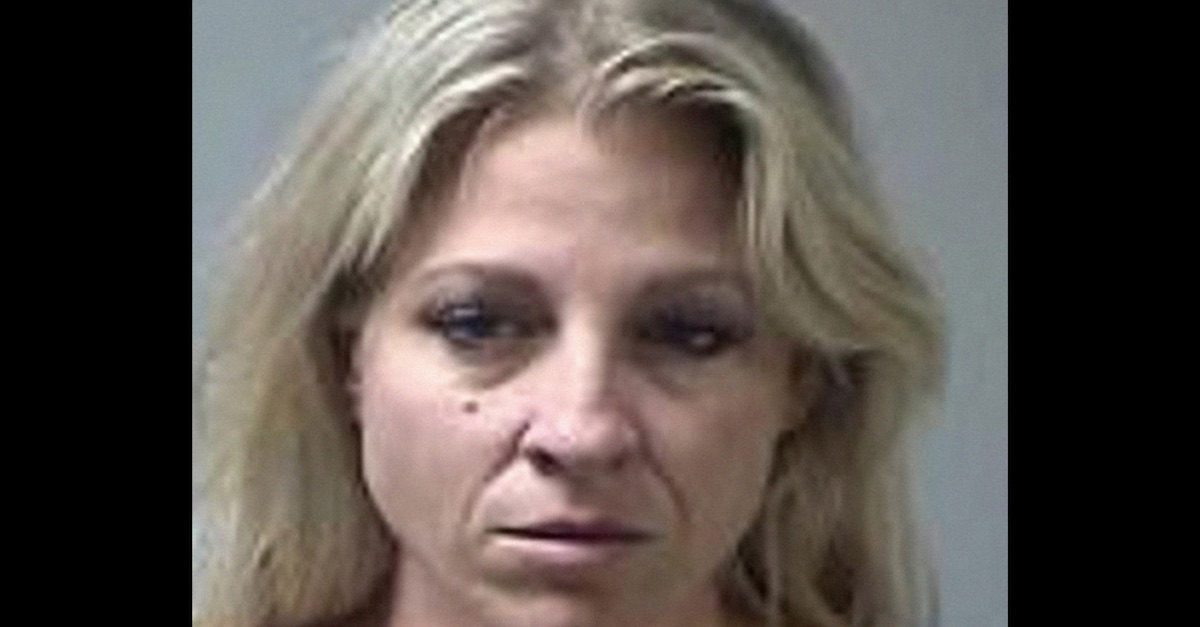 A Missouri dad walked in on his 17-year-old son and a parent volunteer track team coach having sex, exposing an illegal relationship and resulting in a confession, police say.

KMOV reported that Ericka Oxford, 41, has admitted to having regular sexual encounters with the teen athlete beginning in April. The main incident that was reported was interrupted by the teen’s father.

Oxford’s arrest on a felony sex charge comes as a surprise, acccording to an anonymous person “close” to the school that apparently did a background check on her.

The anonymous person said, “I honestly don’t believe it.”

“[Oxford] also helps out with things like football and stuff, she’s always involved,” the person said.

The school district announced that Oxford did, indeed, pass a background check so she could help out at Fort Zumalt East High School.

“The St. Peters Police Department notified me that an unpaid parent volunteer with the boys track team was arrested and charged with a Class E felony of sexual contact with a student,” the school’s principal said in a message to parents, according to a school district representative. The message conitnued:

St. Peters Police assure me that none of the alleged contact occurred at school. The accused passed a thorough background check used for volunteers and was registered with the Missouri State High School Activities Association. If you have any further concerns please feel free to contact me.

Oxford turned herself in Friday and was been let out on $20,000 bond.