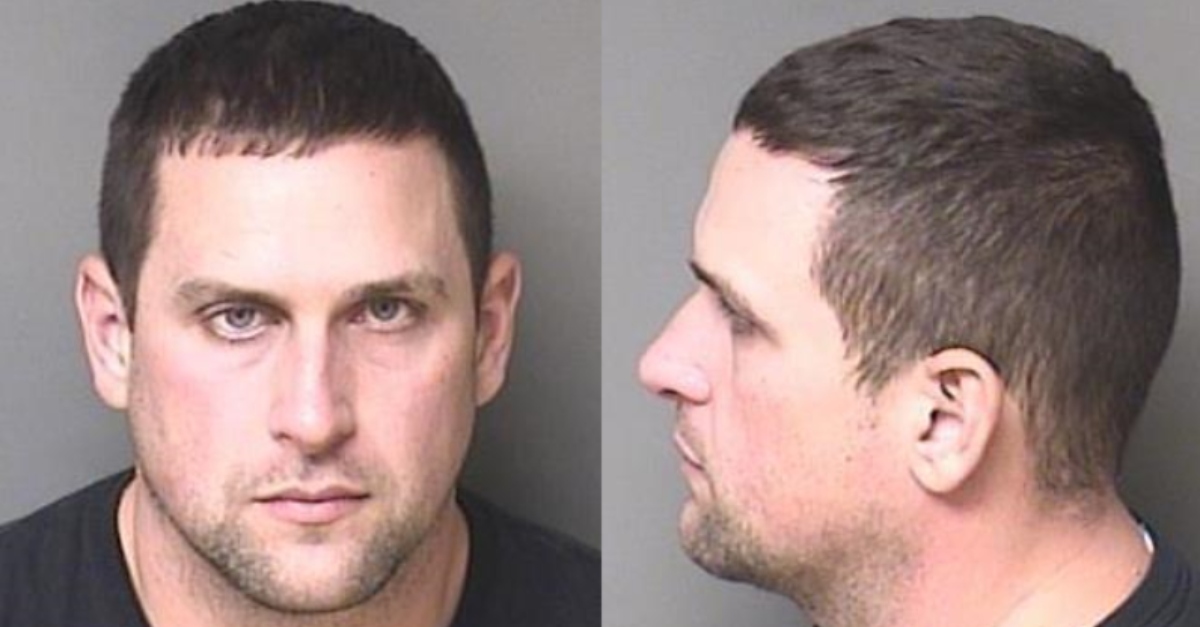 A North Carolina man is accused of poisoning his wife to death using a chemical found in eye drops. Joshua Lee Hunsucker, 35, remains at Gaston County jail in lieu of $1.5 million bond as of Sunday afternoon, according to records viewed by Law&Crime. Prosecutors claim he murdered his wife Stacy Hunsucker.

The defendant, a paramedic, allegedly poisoned his wife by using tetrahydrozoline, according to WBTV. Authorities say he did it to get over $200,000 in life insurance money. The chemical in question, which is an ingredient in eye drops and nasal sprays, is a poison.

#BREAKING 35-year-old Joshua Hunsucker is in Gaston County court charged with the first-degree murder of his wife, Stacy Hunsucker, over a year ago. The judge has set his bond at $1,500,000 dollars. @WBTV_News pic.twitter.com/EQQlnVarqV

Judging by the claims, the defendant allegedly came pretty close to getting away with it. Stacy Hunsucker’s death in September 2018 was originally treated as a result of natural causes, and she was cremated. However, the North Carolina Department of Insurance began looking into the case because the alleged victim’s mother Suzie Robinson claimed Joshua Hunsucker committed insurance fraud, according to The Gaston Gazette.

She suspected him because he had allegedly been dating another woman before the wife’s death, according to a search warrant affidavit obtained by the outlet. Co-workers also allegedly claimed Joshua Hunsucker seemed unfazed by Stacy’s passing, and moved on pretty fast to a girlfriend. The alleged victim’s body was gone, and the defendant had allegedly put a stop from there being an autopsy, but there was a key piece of evidence: blood had been taken from Stacy Hunsucker’s body before the cremation because she wanted to be an organ donor. That was tested, investigators said. Authorities said it showed high levels of tetrahydrozoline.

At a bond hearing Friday, the defendant’s lawyer David Teddy said the murder case would be “strenuously opposed.”