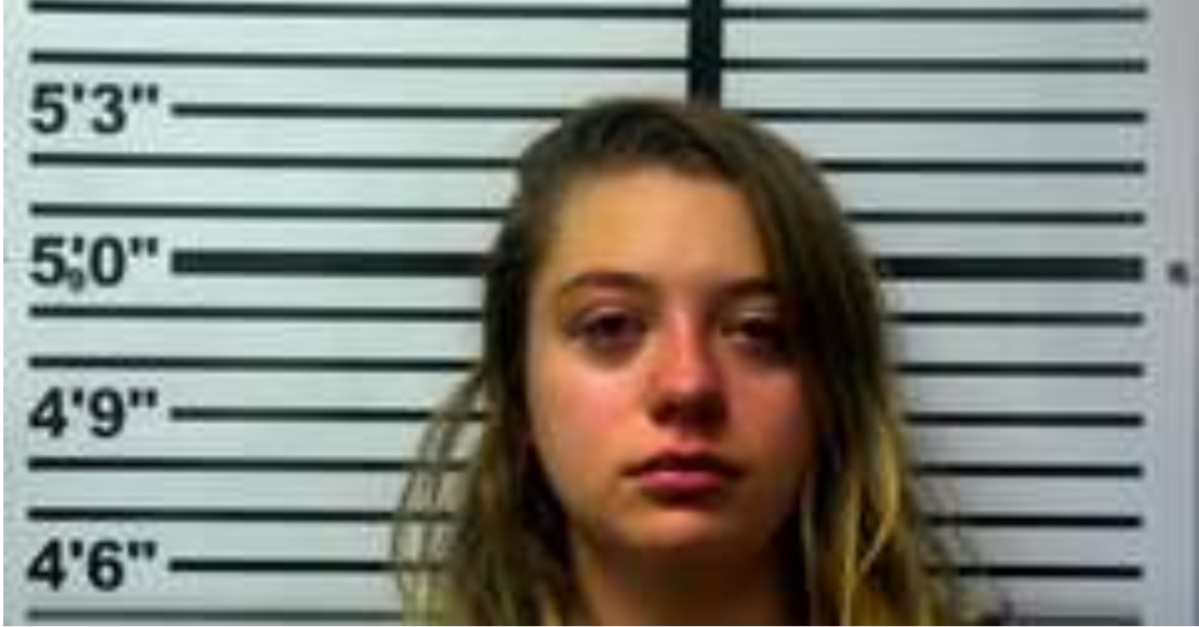 Update: The charges have been dropped.

According to the Associated Press, the whole ordeal began after the parents took their daughter’s car. It was the parents who had pressed charges in the first place.

Read the original story below.

A woman in Mississippi was arrested and charged with “obscene communications” after calling her parents racists on Facebook and allegedly posting some of their personal information. She now faces jail time over the incident and alleged fallout.

Her attorney believes the charges are unsustainable.

“My parents are RACIST and I’m tired of it!” 21-year-old Kaileigh Schmidt wrote on the evening of June 5. “They literally had my cousin take my phone and hold me at my house as they came and took my car and mom started hitting me at my own house and we got into a fight and I almost called the cops on her! Shes lucky I didnt but here’s proof. Let’s see what they have to say about this! Make it viral! Black lives matter!”

In the initial post, Schmidt included several screenshots of conversations reportedly between herself and her parents during which the elder Schmidts appear to repeatedly use racial slurs and dehumanizing language against black people.

“Well mom woke up on her birthday crying of videos of you partying with [n-words],” one such message identified as coming from Schmidt’s father reads. “[N-words]. What the hell? If you want us to keep helping I can’t see that shit no more. I’m blown away [n-words].”

“Black lives matter is a movement that started over a cop doing his job!” another message reads–this time identified as sent by Schmidt’s mother. “He was found innocent remember??? Yet lots of white people have been killed, business’s burned, etc over this. That’s not how you handle things. The black people fighting and acting fools are like animals not human.”

I tagged the piece of shits so [y’all] can blast them to [sic]! They aren’t my family anymore! I also have bruises all on my face should call the cops but I’d rather have them go viral, also while mom was hitting me dad just stood there and yelled “your [sic] a [n-word] loving whore”

According to the Clarion Ledger, Schmidt is accused of sharing her parents’ phone numbers and addresses in Facebook groups. The original post does not, however, contain her parents’ personal information–nor does any prior version of the post according to its edit history–but her parents were tagged in the original call-out.

“The family has received thousands of threats from across the country,” investigator Ruben Bishop alleged to the outlet.

That initial post has since been shared nearly 2,000 times.

In a separate post two days later, Schmidt reiterated her feelings towards her parents and directly asked people not to threaten them:

I know what my parents did was very wrong on many levels and I shared my experience so that everyone could tell them how wrong they where so they could see that what they have been doing and saying is not right. With that said I dont condone any violence towards them either. Family or not violence doesnt help anything. Change doesnt happen with violence. So please anyone that’s making threats towards them needs to stop. We cant fight and win with violence. I still stand with everyone backing me up and I still support the black lives movement and I’m still not gonna go back to my parents, but I dont support violence. I hate getting calls all day that cops are having to watch a house because people are trying to harm them. And even trying to harm other people who dont have anything to do with this jusg for the simple fact they are related. No matter how wrong they did me or anyone else, I’m for peace, violence is not the way. Please hear me out on this one, it’s not gonna help, make change with peace and show love.

On Wednesday, June 10, Schmidt was arrested.

Initially booked on a felony charge of posting electronic messages for the purpose of causing injury, the Jones County Sheriff’s Department was forced to quickly backtrack and shelve that charge due to a recent Mississippi Appeals court ruling that deemed the statute unconstitutional. She is currently facing two misdemeanors.

“So, y’all remember this courageous young lady Kaileigh Schmidt from Hattiesburg who exposed her racist parents?!” Buckley said in a Facebook post on Wednesday. “Well, Jones County locked her up for exposing her parents. She never incited violence. She asked people not to threaten them.”

Law&Crime reached out to Buckley who was conferring with Schmidt as this story originally went to press. Hours later, she was released from jail.

“Kaileigh Schmidt is free,” Buckley wrote in a later post. “All charges dropped. The Judge decided to dismiss the charges!”

Law&Crime reached out to the Jones County Sheriff’s Department for comment and clarification on this story but no response was forthcoming from the person in charge of Schmidt’s case at the time of publication.

Editor’s note: this article has been amended post-publication to include additional Mississippi statutory authority, to update the case’s status and to include an additional quote from Schmidt’s attorney.