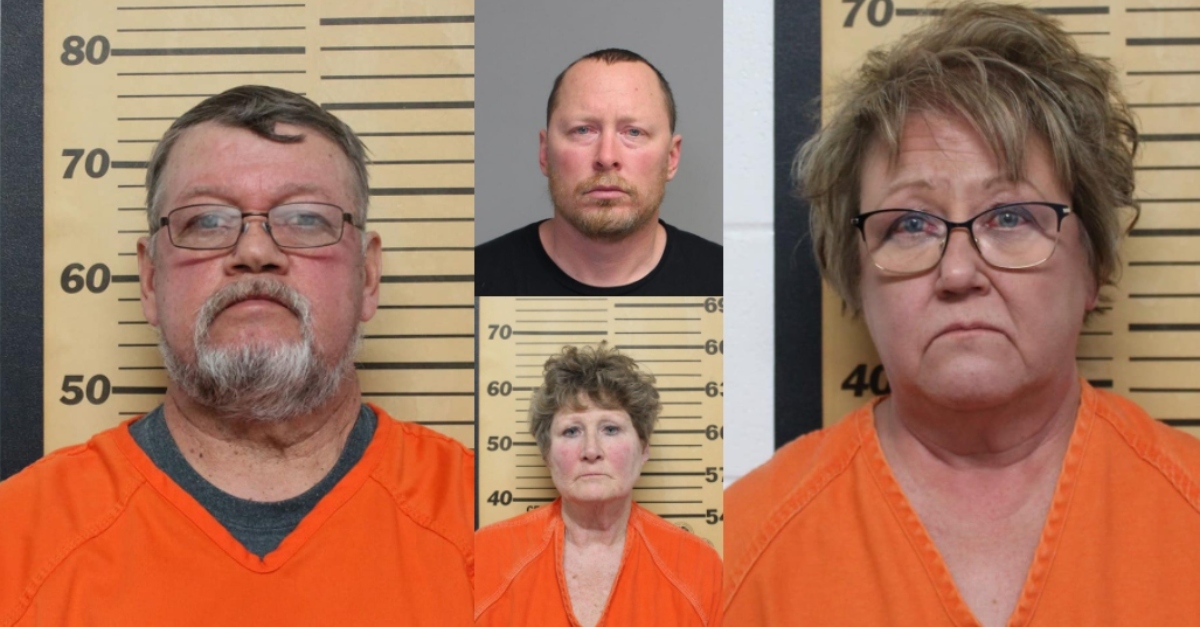 The mayor, police chief, clerk and and former clerk of Armstrong, Iowa have been arrested in a corruption case.

Authorities claim Buum and Merrill misappropriated checks totaling more than $10,000 and that, together with the city clerk, the mayor and Lang made a false entry in the public record regarding money in that amount. Buum and Thackery are also accused of misappropriating funds, resulting in a charge for theft in the second degree. The two assault charges against the police chief stem from him allegedly using using a Taser on someone.

The Emmet County Sheriff’s Office says this is the result of a multi-year investigation with help of the Division of Criminal Investigation, and following a special investigation by the Auditor of State. They claimed wrongdoing included misappropriating city funds, presenting fraudulent public records, using a Taser on a civilian for a pay, and falsifying ledgers to hide embezzlement.

Three defendants—Buum, Lang, and Thackery—were booked into the Dickinson County jail on Friday, according to records viewed by Law&Crime. They remain locked up respectively on bonds of $67,000, $44,000, and $33,000. Merrill was booked on Saturday all the way over in Martin County, Minnesota. Jail records describe him as a fugitive from justice. Extradition is pending, according to the Iowa Department of Public Safety.

It is unclear if the defendants have attorneys in this matter.

Lang is charged with fraudulent practice in the first degree; falsifying public documents; two counts of tampering with records; and three counts of felonious misconduct in office.

Documents show Thackery is charged with ongoing criminal conduct, theft in the second degree; theft in the third degree; and non-felonious misconduct in office.

Merrill is charged with ongoing criminal conduct; theft in the first degree; two counts of assault with a dangerous weapon; two counts of non-felonious misconduct in office.