Brett Gardner Wants Nothing to Do with Gina Devasahayam | Law & Crime 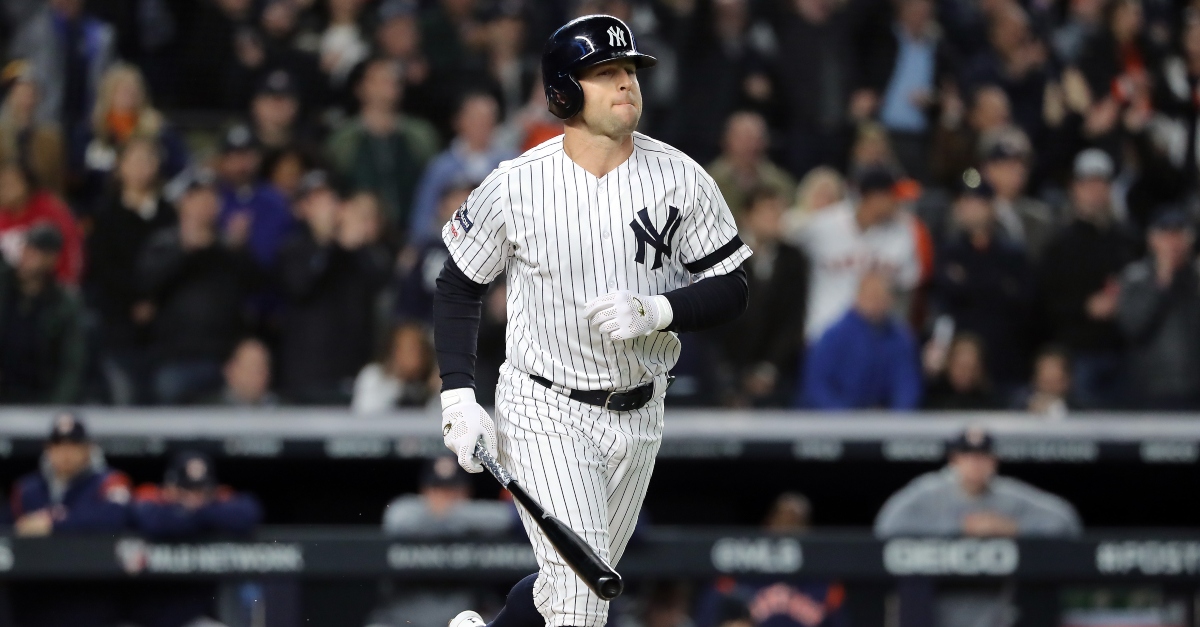 Through an attorney, married New York Yankees outfielder Brett Gardner has asked that a Bronx court issue a restraining order against a fan who has insisted she is his “future wife.”

Gina Devasahayam, 46, is already persona non grata at George M. Steinbrenner Field in Tampa, Florida, where the team has begun spring training activities, according to NJ.com. Guards there were given her picture. She’s not allowed inside the facilities, nor anywhere near Gardner.

Devasahayam sued Gardner, the Yankees, and even Major League Baseball after she was kicked out of Yankee Stadium in October. In the complaint, she insisted she was Gardner’s “future wife” and, as his significant other, should be granted access to the stadium.

The thing is, the baseball player is already married.

“That is not of importance,” Devasahayam told the news outlet.

The woman says that a video of Gardner in the dugout shows that he “motions with his hip on the stairs as though he is having sexual intercourse with me” https://t.co/aIqK5yd1OC

The so-called couple has never even met. Nonetheless, the plaintiff has claimed Gardner signaled his attraction to her during games. This includes him making a “sad face” during home games she doesn’t attend, or him motioning “with his hip on the stairs as though he is having sexual intercourse with me.”

When it comes down to it, though, this is a totally one-sided attraction. As apparent from the court action, Gardner wants nothing to do with Devasahayam. The centerfielder’s agent and the Yankees declined to comment in this story. Gardner hasn’t commented.

Outside Yankees Stadium at the Bronx, I will go to Bronx Court tomorrow regarding the MLB letter against me @Yankees @MLB I wish you victory this postseason pic.twitter.com/K7OGSjmwq4

I have never seen you angry at me Gardy, I will claim you play the role of my husband, that is my first right, my second right is to allow me inside the Stadium

I am in talks with your ticketing, I do plan to attend some of your post-season games @Yankees please don’t be a baby Gardy and expect me to be there for all your games