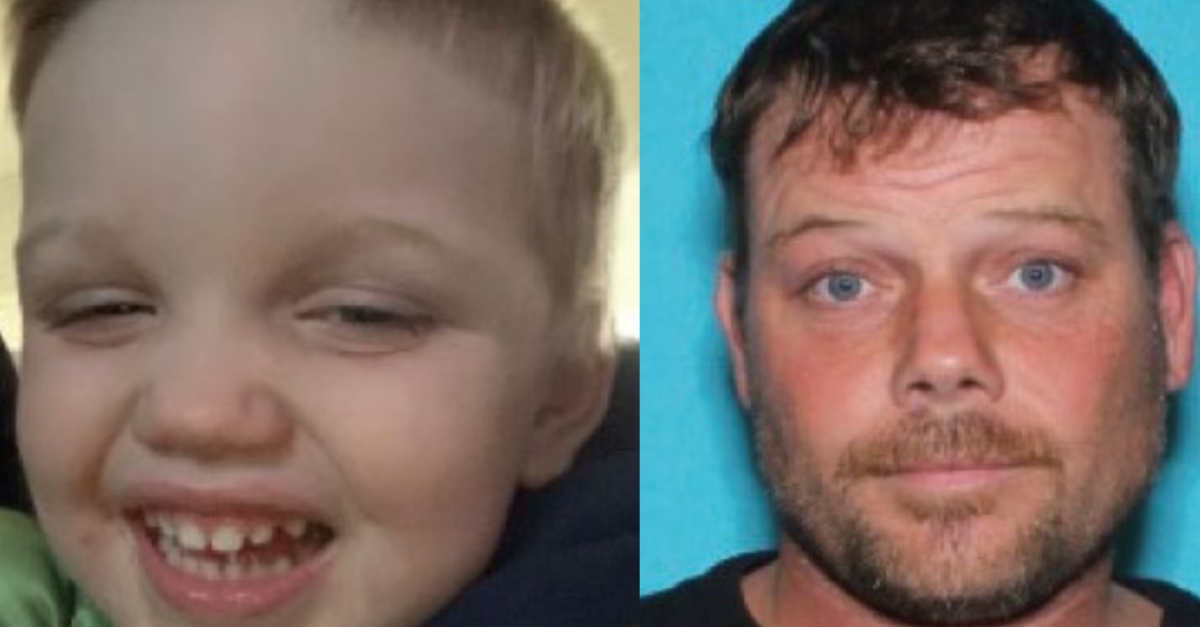 Police in Celina, Texas are looking for a man they say abducted his 2-year-old son.

The “potentially armed” Isaac Pugh, 42, is on the run, cops said. He allegedly has young Levy Pugh with him. According to the AMBER Alert, they were last heard from Tuesday in Celina.

Police said that Isaac Pugh broke into his ex-wife’s residence, attacked her, and abducted their son, according to Fox 4 News.

“We believe that Issac is under the influence, that he’s a danger to himself and his child and potentially armed,” said Officer Chase Guidera. “With that said, if located please call 911 immediately.”

The officer also issued a plea directly to the suspect.

“Issac if you are watching this, if you’re hearing this, please do the right thing for your son,” he said. “Let us know where you’re at. This could end peacefully. You can still have a relationship with your child.”

The suspect vehicle is described as a white 2019 Toyota Tacoma with the license plate #MDT1625.

2-year-old Levy is described as standing 2’6″ and weighing 35 pounds. He has blonde hair, blue eyes, and was last seen wearing a diaper.

His father Isaac Pugh is described as standing 5’11” and weighing 212 pounds. He has brown hair and blue eyes.

Authorities believe the child is in “grave or immediate danger.” Police ask that anyone with information call the Celina Police Department (972) 547-5350.

The @CelinaPolice department is searching for Levy Pugh, 2, who is expected to be in the company of Isaac Pugh.

LAW ENFORCEMENT OFFICIALS BELIEVE THIS CHILD TO BE IN GRAVE OR IMMEDIATE DANGER. pic.twitter.com/bGaPYWNrp0

[Images via National center for Missing and Exploited Children]