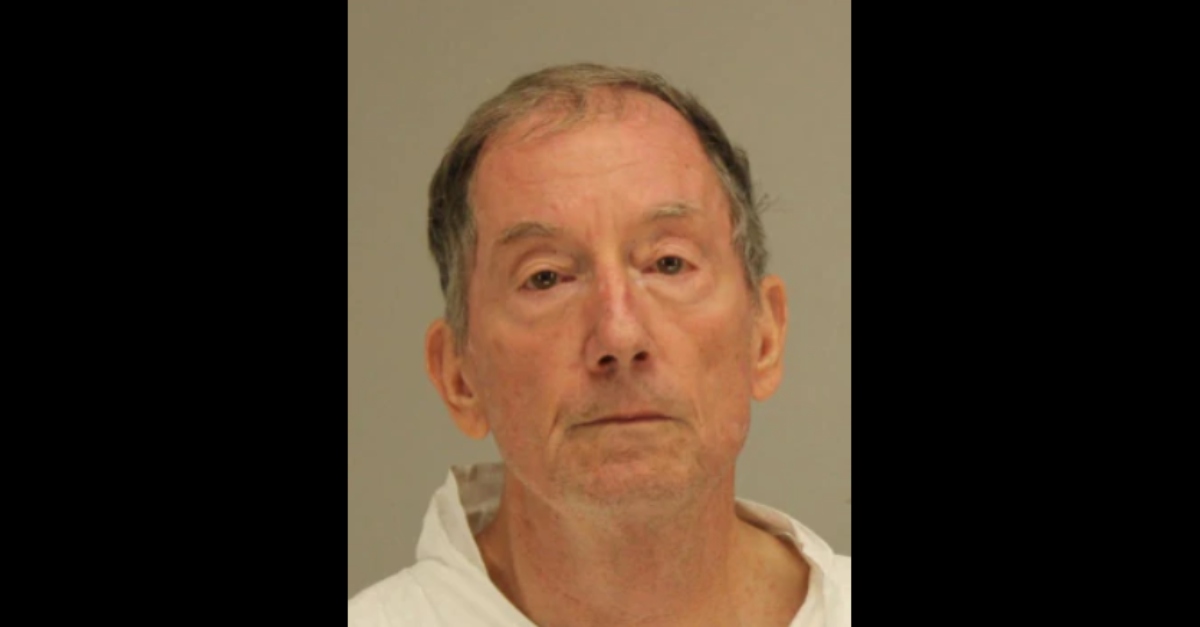 A Dallas man has been charged with murdering a burglar. James Michael Meyer, 72, was arrested Friday, according to The Dallas Morning News.

The defendant allegedly told cops that sounds from outside woke him up at about 5 a.m.. In this account, he checked it out through a window. Turned out an apparent burglar was attempting to get into a storage shed. This person was allegedly using a pickaxe to break in.

Meyer allegedly said he chambered a round in his handgun, and confronted the burglar. In this story, he laid down an ultimatum: stop and don’t come any closer, or get shot.

He claimed that the person walked toward him. In response, he fired, he allegedly said. The individual ran toward a nearby park after dropping the pickaxe, according to this story. Meyer claimed he fired another bullet “into the night” at that direction, cops said. (This didn’t sync up with the police allegation that neighbors reported hearing three shots.)

All told, the defendant said he went back to bed, and didn’t know at the time if he’d hit the burglar. But Meyer later woke up at sun rise to discover that the burglar was lying face down in the park, he said.

The defendant wife’s consulted with an attorney because Meyer called 911. Police said he didn’t answer dispatcher questions, only insisting that he was the victim of a crime. Meyer later told cops he discarded the shell casings from the incident in the trash, cops said. Officials ended up arresting him on a charge of murder. Records show bond was set at $150,000. Records don’t name an attorney.