Man Tried to Kidnap Nurse Who’d Admitted Him to Hospital, and He Claimed She Was His Wife: Cops 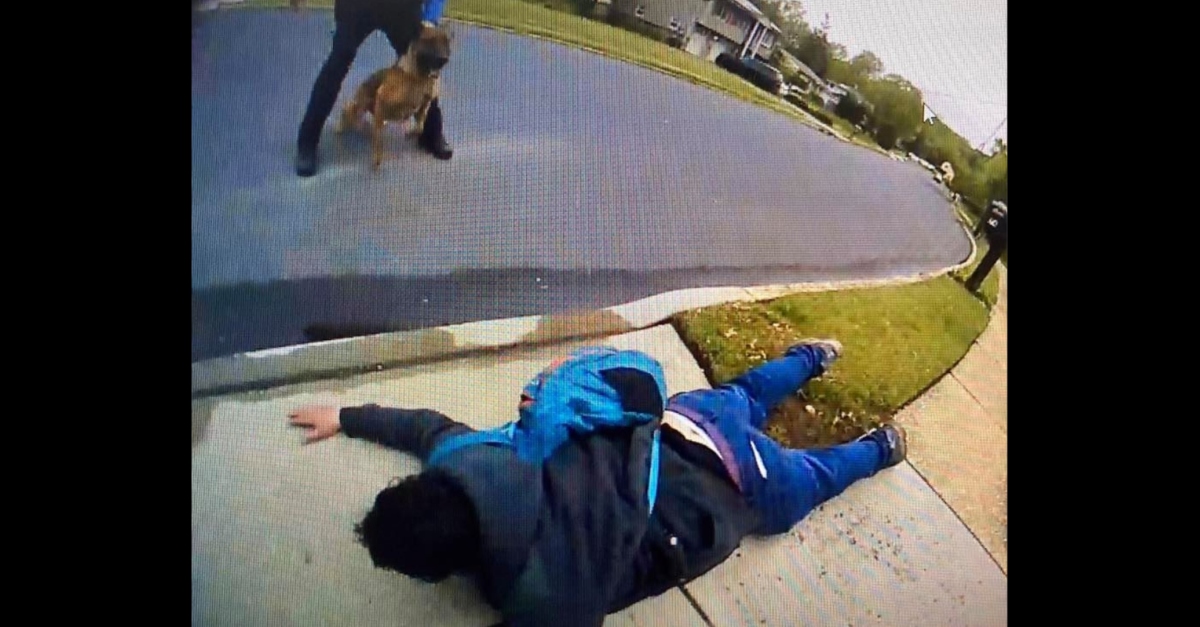 This is Leonardo Larrarte being apprehended, police say.

Police in Howell Township, New Jersey detailed a harrowing incident from Friday. A man tried to kidnap a nurse he’d interacted with, and he claimed she was his wife, officers said. Leonardo Larrarte, 37, is charged with first-degree attempted kidnapping, second-degree burglary, third-degree terroristic threats, fourth-degree possession of synthetic marijuana, and simple assault.

According to the police account, the woman said she heard a knock on the door. Her 64-year-old mother had let the suspect inside, cops said. From officials:

The victim immediately noticed it was a male she had admitted the previous evening [at the Monmouth Medical Center’s registration] and demanded he leave. The suspect refused.

Larrarte allegedly attacked the mother, then the woman. The nurse’s friend was upstairs and called 911, but didn’t know the house number. Nonetheless, cops headed to the area.

Police described the assault as violent. Larrarte allegedly claimed the nurse was his wife. He demanded that the woman go with him or else he’d kill her mother, police said. The nurse fought back, according to the official account. She attempted to stab Larrarte with a kitchen knife, cops said. The defendant allegedly choked and punched her.

“Finally, after the victim refused to quit, the suspect left the residence,” authorities said. “Neighbors heard the commotion and called 9-1-1.”

Police found the nurse injured. Her clothes had been torn, she was bleeding, and was holding ice to her face, they said. A law enforcement officer identified as Sgt. Bondarew and his K9 partner Vito were credited with finding and apprehending Larrarte without resistance.

It is unclear if the defendant has an attorney in this matter. He was locked up at the Monmouth County Correctional Center. Police said it was unclear how he found the nurse. He said something that implicated him in the crime, they said. Officers seized his two cellphones for their investigation.

The woman and her mother were treated at the hospital and released, officers said.