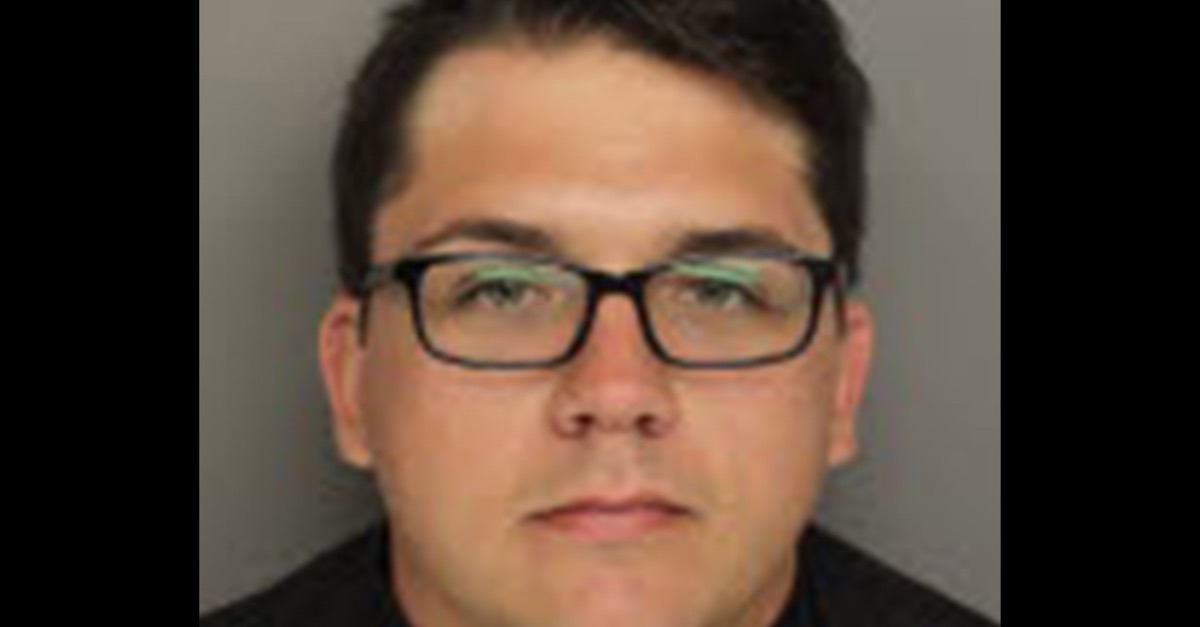 A 23-year-old South Carolina man who chomped down on his ex-girlfriend’s lower lip so forcefully that it “detached” from her mouth, couldn’t be reattached, and was ultimately “amputated,” has learned that he must serve at least 85 percent of a 12-year prison sentence before he is eligible for parole.

That means that Seth Aaron Fleury must serve 10.2 years behind bars before he has a whiff of a chance at freedom. His ex-girlfriend, Kayla Hayes, will never be the same again. She wanted to end the relationship and he wouldn’t allow that to happen.

Wilkins said that evidence showed Fleury met Hayes to discuss the status of their relationship. Hayes said it was over and Fleury wasn’t about to accept that. The way authorities phrased it was that “Fleury became angry when Ms. Hayes refused to resume the relationship, and he attempted to kiss her.”

Hayes did not want to be kissed and pulled away from Fleury, but he latched on to her lower lip “with such force that her lip was amputated.” After biting Hayes’ lip in this way, Fleury left.

Plastic surgeons attempted to save Hayes’ lip, but could not, resulting in “permanent, serious scarring and a permanent, limited range of motion in her mouth.”

Solicitor Wilkins hoped that the 12-year sentence would “make it clear to both this defendant and other abusers that domestic violence in any fashion will not be tolerated.”

Hayes reacted to Fleury’s sentencing on Facebook, even sharing graphic photos of what was done to her. We won’t show those here, but we will show her words.

Today I sat in a court room, surrounded by the people I love most, facing someone that I once believed loved me. Someone who claimed that they would always protect me and keep me safe, but yet was my worst nightmare.

I had to listen to his attorney say that when he attacked me, it was intentional. Saying that he claimed “he was going to leave his mark for my next boyfriend”.

But today, October 18th, 2018 I have finally gotten a little bit of closure. Thank you to everyone who prayed and kept me in their thoughts.

Be careful of who you are with and who you trust, evil is the face of all types.

This was the day that a piece of me died.

That was not all Hayes had to say.

She painfully recalled “every detail” of the aftermath, whether it was the elderly woman who comforted her or the hesitancy to call her mom while she was on vacation for the first time without her.

Hayes said that for “many months” she blamed herself, but now realizes it was not her fault.

“I used to be my attackers [sic] property, he manipulated me to the point where I almost lost everything and everyone in my life. The day that I walked out of this relationship was one of the best days of my life. Although, that was when he snapped,” she said. “When he realized he lost all control over me and wasn’t gaining it back this day, October 21st, 2017, I truly believe that was what threw him over the edge. He was always great at getting in my head, but this time, I no longer allowed it.”

Hayes revealed the pain she felt going out in public with a disfigured face, causing strangers’ heads to turn, made her feel “like a monster.” She also fears that Fleury “will get his hands on me again and next time I will not be here for you to hear my voice.”