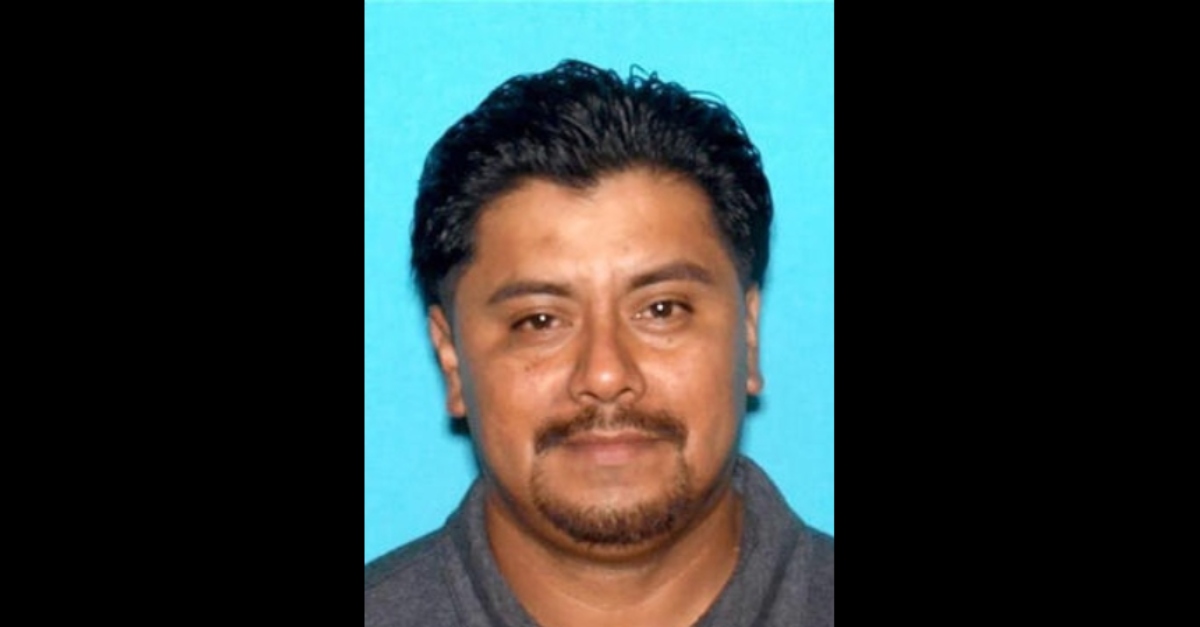 A California man was sentenced Wednesday to 29 years to life in prison for sexually assaulting four women while posing as a rideshare driver, the Los Angeles District Attorney’s Office said in a statement to Law&Crime.

Carlos Omar Pichinte, 42, pleaded no contest on September 17 to two counts of assault with intent to commit a sexual assault and one count of forcible rape. That means he didn’t admit guilt, but submitted to the punishment for these crimes.

Prosecutors say his actions spanned three cities and about seven months. Pichinte drove a car with rideshare decals, picked up victims, and drove them to another location for the sexual assaults, authorities said. These reported incidents happened October 2016, as well as March, April, and May in 2017 in the cities of West Los Angeles, Beverly Hills, and West Hollywood.

Pichinte was arrested in July 2017. Authorities at the time said he was posing as Uber driver in order to sexually assault a woman, according to The Los Angeles Times. He picked her up in West Hollywood, and drove her a short way into Beverly Hills where the attack took place, authorities said.

Police said he was arrested the following week during a traffic stop. His vehicle, a Kia Rio, was outfitted with Uber and Lyft decals, but he didn’t work for either company, cops said.

Pichinte originally faced charged including rape and kidnapping. At the time, Beverly Hills police voiced concern that there could be more victims around Los Angeles.