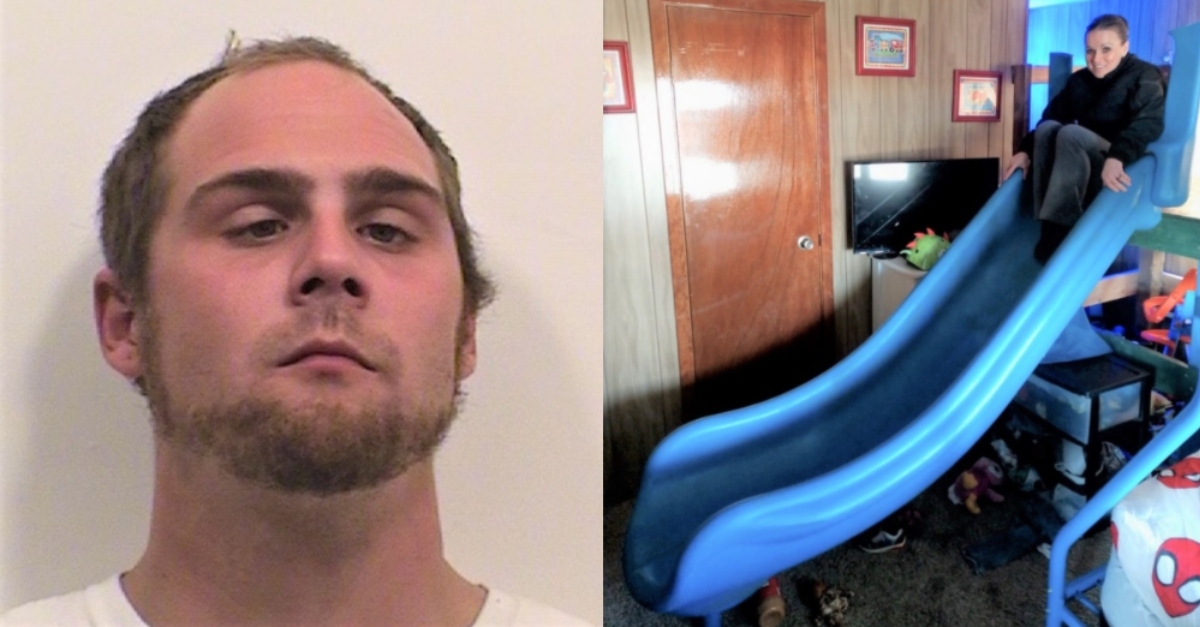 A man in Walla Walla County, Washington possessed a stolen 400-pound slide from a playground, according to the Pasco Police Department on Tuesday. It had been installed on a bunkbed inside a child’s bedroom. Dustin Allen Bushnell, 30, was arrested as part of an investigation into a separate matter.

Cops said this investigation started as part of a search for stolen catalytic converters. These are devices meant to reduce pollutants from vehicles. They contain precious metals, which make them targets of theft. According to Pasco cops, officers were looking into some suspects, which led to five search warrants.

Detective Julie Lee ended up at Bushnell’s home on Feb. 26, police said. According to authorities, she managed to find catalytic converters, but ran into a bit of a surprise. Cops said back in December that playground equipment was stolen from Tierra Vida Park.

“Do you remember back in mid-December when we reported the theft of playground equipment from the city park at Tierra Vida?” officers said. “Just like Pepperidge Farms, Detective Julie Lee remembered, too.”

They said the slide on that equipment was taken, with the top sawed off. It was repainted and put on a kid’s bunkbed at the defendant’s home.

Bushnell was arrested for a count of possession of stolen property, officers said. There are currently no defendants in connection to the theft of catalytic converters.