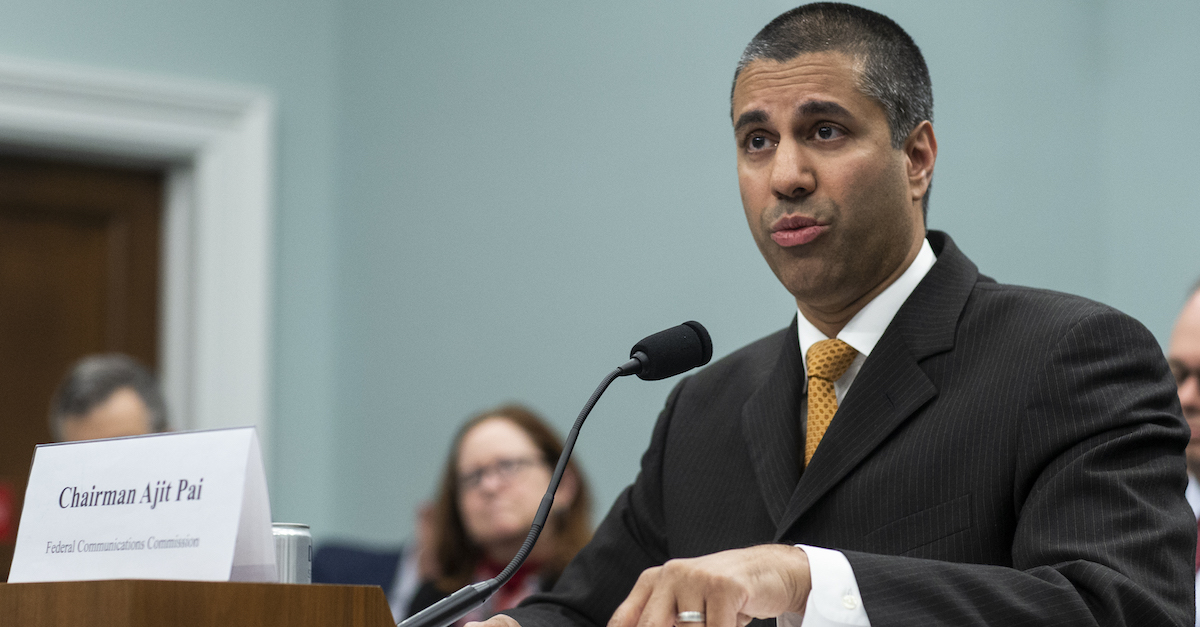 A 33-year-old California man (whose last name is Man) has admitted that he used the email address “[email protected]” to sound “tougher” while maintaining his anonymity as he threatened to murder FCC chairman Ajit Pai’s children. It happened after Pai announced a decision last year to repeal the Obama Administration’s net neutrality rules.

Politico reports that Markara Man used the aforementioned Gmail account to hide his identity, while also saying he believed it made him sound “tougher.” The emails he sent to Pai were bad enough that Man has been arrested and charged with threatening to murder an immediate family member of a U.S. official.

According to the Washington Post, Man sent Pai three threats via email in December 2017. One claimed children had taken their own lives over net neutrality repeal. A second named preschools near Pai’s home and said “I will find your children and I will kill them.” A third contained a picture of Pai’s family.

“[FCC] pretty much ignored, like, 80 percent of comments … they ignored ‘us,’ and just didn’t care,” he said. Man did apology for what he did, saying he crossed a line.

“I’m sorry I made a threat against your kids. That was crossing the line. I hope you’ll change your mind … but I doubt it,” he said.

Officer John Bamford, who works with the FBI, said in the affidavit that Man was tracked down in May after the [email protected] was connected to him. Man told authorities he did it because he was “angry” about Pai’s net neutrality decision.

For these threats, Man could be imprisoned for as long as a decade.