LA Deputy–Shot Through the Jaw–Managed to Radio for Help, Apply Tourniquet on Her Partner: Report 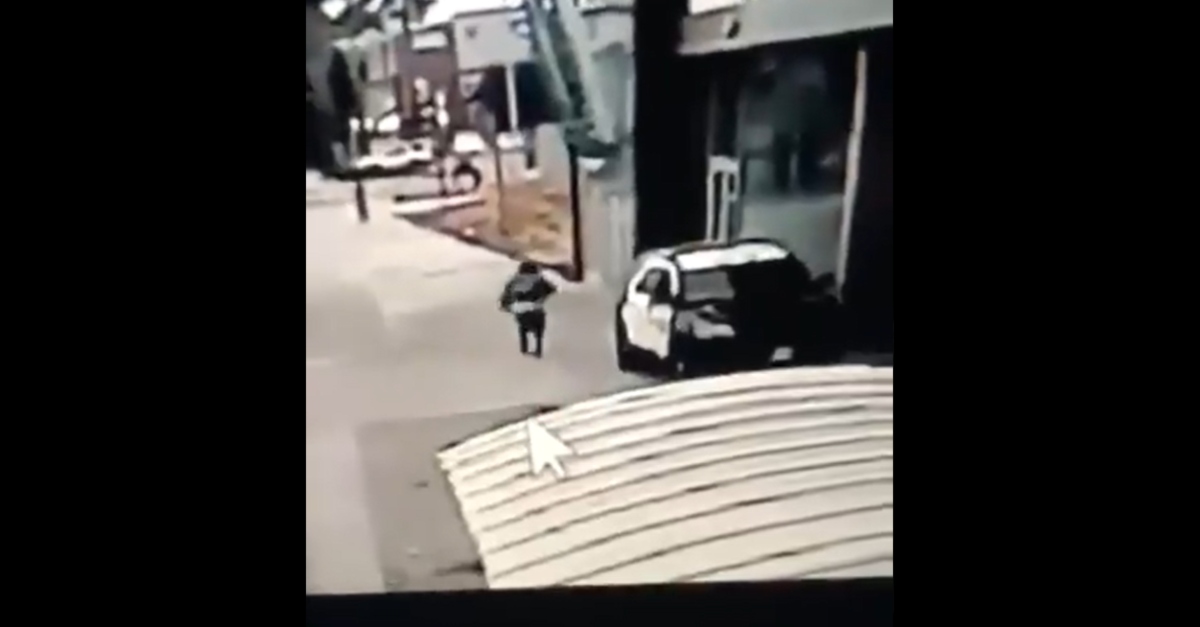 One of the two deputies shot on Saturday in Los Angeles County, California managed to radio for help, and apply a tourniquet on her partner, according to a report from FOX 11 reporter Bill Melugin.

He said he had permission from the deputies’ families to post a graphic but heroic photo from after the shooting.

NEW: LASD & the families of the two ambushed deputies have given me permission to show this graphic photo of the moment after they were shot. I’m told female deputy was shot through jaw, still radioed for help & applied tourniquet to male deputy’s wounds. Both stable now. @FOXLA pic.twitter.com/6m06qec1v2

Update: The gunman walked up on the deputies and opened fire without warning or provocation. pic.twitter.com/cBQjyKkoxJ

NEW: Video of witness reaction to the LASD deputies being ambushed & shot in Compton with these men seemingly celebrating what they’ve just seen. One yells “No justice, no peace!” as one of the deputies struggles to stand up. @FOXLA https://t.co/ZYL0hx7HxF

Sheriff Alex Villanueva told reporters at a press conference that it happened Saturday around 7 p.m. by the Compton terminal of the MTA Blue Line. He described the female deputy as the 31-year-old mother of a six-year-old boy, and the male deputy as a 24-year-old man. At least one of the victims was shot in the face, and the other was struck in the head, said law enforcement sources cited by The Los Angeles Times. It turns out that the female deputy is the one who had been shot in the jaw.

The search for the shooter is ongoing as of Monday morning. There is a $100,000 reward for information leading to his arrest. LASD Captain Kent Wegener said at the press conference that they had a “very, very generic suspect description of a dark-skinned male.” This information was from one of the deputies, he said.

In a tweet overnight, deputies said a social media post identified a man as the suspect, but they announced this claim was false.

“This is ERRONEOUS information and there are no named or wanted suspects at this time,” authorities said.