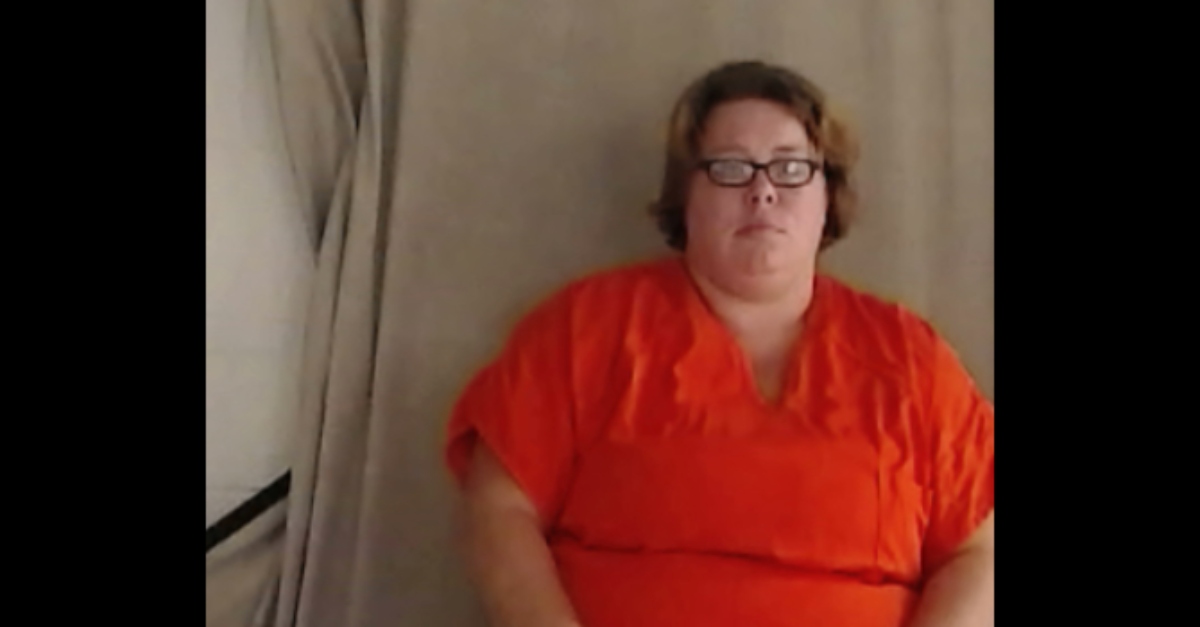 Anna Marie Choudhary, 33, the final defendant in the Valentine’s Day 2019 murder of John Thomas McGuire, 38, was sentenced Wednesday in a McDowell County, West Virginia courtroom, making her the last of three defendants to face justice in the incest-infused plot, according to The Bluefield Daily Telegraph.

Choudhary and the co-defendants—her sister Amanda Michelle Naylor McClure, 31, and their sex offender father Larry Paul McClure Sr., 55, who married each other in Virginia–had each pleaded guilty.

The murder surfaced in September 2019, when Larry McClure got in trouble with West Virginia state troopers for violating his sex offender registry. Authorities said he confessed that he and his daughters murdered John McGuire.

The sisters did not grow up with their father, who was convicted in 1998 of first-degree sexual assault for abusing a girl between the ages of 6 and 12. Both of the daughters were adopted. Larry McClure would return to the daughters’ lives to terrifying effect.

The father and Choudhary picked up McGuire and Amanda McClure in Indiana, and took them to Larry McClure’s property in the community of Skygusty. Basically, what happened is that Larry McClure tricked McGuire into getting tied up in a “trust game.”

Larry McClure “sat down and I don’t know, it was a grin that I’ll never be able to describe,” Choudhary said in her version of events. “But as John sat up and bent over to untie his feet, and it all happened so quick, but Amanda stood up and grabbed that bottle and bashed him over the back of the head with it. And the next thing I know John had reared up and was leaning back against the wall holding his head. And that’s when Larry looked at me and told me if I knew what was best for my children and wanted them to live, I would follow all instructions that were given to me from that moment on.”

McGuire did not immediately die. He was hogtied, a rope around his neck. The torture lasted three days. Choudhary said her sister and their father had her inject the victim in his carotid artery with two syringes from a “bad batch” of meth in an attempt to kill him. The victim did not die. Choudhary claimed the other co-defendants made her strangle John McGuire.

They buried his body at Larry McClure’s property. The father and Amanda McClure married in neighboring Virginia, with the sister as a witness. Choudhary said they uncovered the victim’s corpse, dismembered it, and buried it in two different locations that same night because the father planned on selling his Skygusty property. Stakes had been driven into the victim’s body.

Choudhary received the maximum sentence of 40 years in prison for second-degree murder, the same as her sister. They were originally charged with first-degree murder. Judge Ed Kornish said at Choudhary’s plea hearing that it would be hard to predict how a jury would decide her case, since she claimed her co-defendants forced her into it.

He minced no words for Amanda McClure, however. The judge told her in her October 2020 sentencing that she would have been convicted of first-degree murder if this went to trial, said the plea deal was “favorable” her, and said he did not think she was taking full responsibility for the murder as she blamed it on her father.

Larry McClure was sentenced to life without mercy (without parole) to first-degree murder in August 2020. In a confessional letter, he had claimed his daughter Amanda instigated the murder in the first place, but he claimed not to know her motive.

“I hope that she has a good heart and gets straight with the Lord before she passes,” McGuire’s mother Karen Smith said at Amanda McClure’s sentencing. “She and her sister and her daddy are going straight to hell.”