‘I See That You Read the Briefs Thoroughly’: Lawyer’s Sarcasm Gets Him Booted from Court 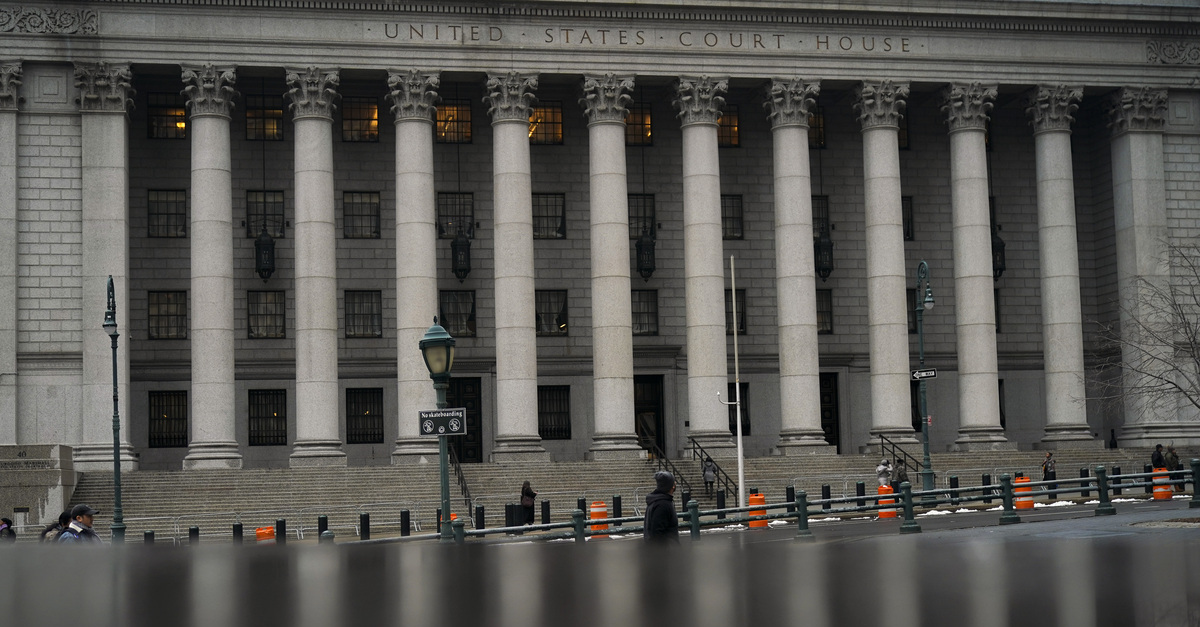 An attorney was escorted out of federal court on Wednesday after sarcastically mixing it up with a judge who eventually had enough of the lawyer’s fresh mouth.

Bank was appearing before a three-judge panel to argue about a local rule in the Eastern District of New York that requires a sponsorship affidavit for certain attorneys.

Bank told the panel he didn’t have anything to add beyond what he had already filed in his briefs, that he didn’t want to be duplicative, and asked the court if they had any questions.

The controversy began after Chin pressed Bank as to why, exactly, he was in court.

“Well, it’s not a question of whether he likes an affidavit,” Bank began.

”His fear of a negative affidavit, with all due respect, judge, has nothing to do with this case,” an increasingly annoyed Bank says in response. “I’m rather perplexed.”

“That’s the explanation on what the perceived injury is,” Chin confidently asserts.

”Well, what is the injury?” Chin inquires.

“Are you serious judge? With all due respect, I don’t know what to say,” Bank said.

Chin responded: “You know what, I withdraw my question. You can sit down.”

“Okay, well, thank you,” Bank sardonically replied. “Thank you very much judge. I see that you read the briefs thoroughly.”

Assistant U.S. Attorney Matthew Modafferi was then recognized but quickly and simply rested the government’s case—relying on the briefs filed; similar to Bank’s attempt.

But Banks said he wanted to claim some rebuttal time. The court was not interested.

Bank accurately noted that he had done no such thing. He was then asked to leave twice before eventually leaving—flanked by security.

Bank later said he had no regrets about the incident.

“Judge Chin’s point—it certainly indicates he didn’t know what the case was about,” Bank told Law.com. “Ninety percent of the case was what [my client] objected to, rightly or wrongly: The steps he would have to go through to even get the affidavit.”

It’s certainly not something I was planning ahead of time. I think I was understandably very frustrated—when the opening comment from the bench clearly shows, at least from where I was standing, figuratively speaking, that at least one judge didn’t know what the case was about or didn’t care…I assume he didn’t know.

Listen to the full audio of the incident below: